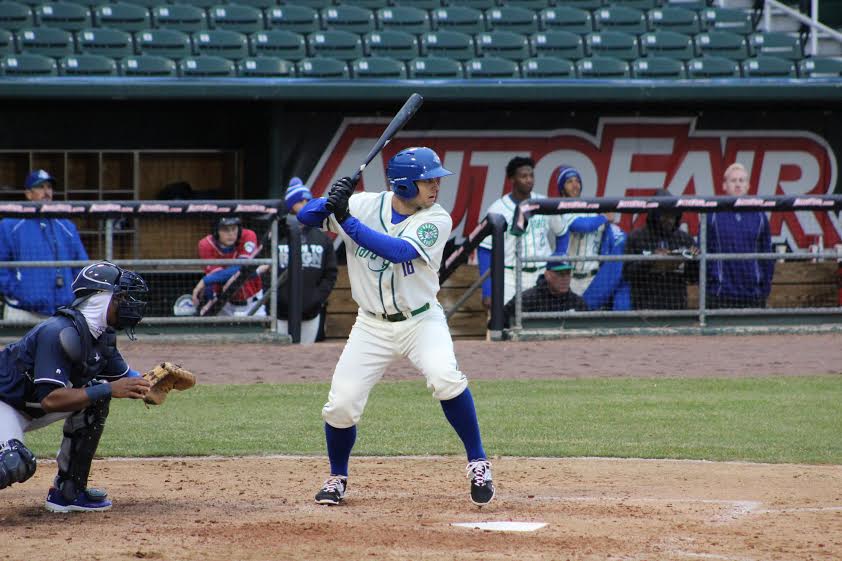 Following his father Mike Benjamin’s footsteps, former Basha High and Arizona State baseball star Michael Benjamin shares the growing pressures moving up in the game. Mike Benjamin played shortstop in Major League Baseball during the 1990’s and early 2000’s. Both father and son are ASU grads and have both seen the trials that come and go in the day-to-day ball game.

“There was not a lot of pressure back then,” Michael Benjamin said to Sports360AZ.com comparing playing ball for the Bears to today playing in the minor league. “It was just a lot of fun. I really enjoyed being at Basha High.”

Benjamin was a successful multi-sport athlete back in high school, earning three Varsity letters in football and baseball. He went on to focus solely on playing baseball at Arizona State.

In 2013, Benjamin was a 13th-round pick to the Colorado Rockies.

Today, he is playing in his third minor league season as the starting second baseman with the Hartford Yard Goats. Going into Tuesday’s game against the Bowie Baysoxs, Benjamin is still trying to find his hitting stroke. He’s hitting just over .200 and is striking out about once every four at-bats.

“It was a little rough for me starting out,” Benjamin said describing the season. “Really slow and dealing with mechanical issues and also mental issues.”

“You know people say the game is 90 percent mental and the rest physical so I’m just working through it,” Benjamin explained to Sports360AZ.com “The last half of the season has been working well for me so far. I’m just trying to make adjustments and get better.”

One way Benjamin deals with the pressures of professional baseball is through guided meditation.

“It helps me beat the stress, relax and get clear,” he said. “My biggest goal right now is to keep the game simple and just have fun. Not to let the pressure of the game become too big to where I can’t perform. I have to have a clear head.”

Sharing a similar long-term goal with many minor leaguers, Benjamin hopes his Major League Baseball dream come true within the next couple years.

Until then, Benjamin is enjoying time on the road, seeing fun minor league towns and spending time with his one-year- old baby girl. In addition, this year he got the opportunity to spend four months playing baseball in Australia, which he describes as an exciting time for him. He was happy his wife and daughter were able to join him for the experience.

In a season of life filled with many transitions, Benjamin hasn’t lost his focus, hoping his next big move will be to play under the lights of a major league stadium.