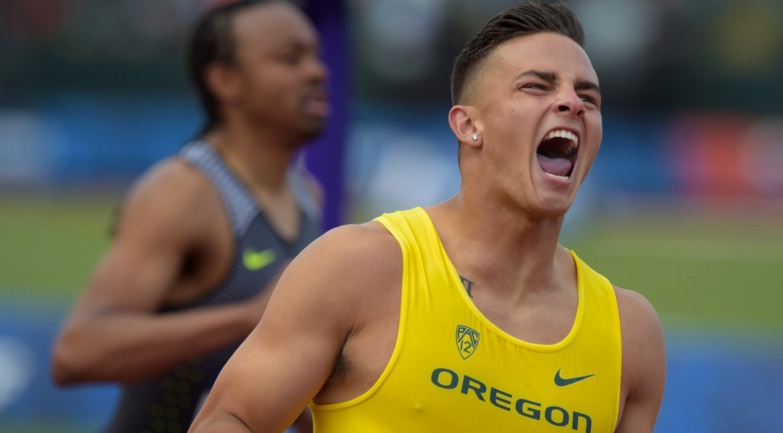 What a Saturday afternoon/evening it was on the track in Oregon for athletes with Arizona ties as they looked to qualify to represent the United States in the 2016 Olympics in Rio.

Brophy Prep alum Devon Allen continues to own not just the collegiate landscape, but the whole country in the 110 hurdles. With a time of 13.03, the track and football star will be headed to his first ever Olympic games.

He wins the men's 110m hurdles with a blazing 13.03! More highlights: https://t.co/s8sasnBSYw https://t.co/LuPeshQnvV

Allen told me back in 2012 going into his junior year of high school that he and his Dad would talk about how cool it would be to compete for a gold medal and for a Super Bowl one day. It is crazy to think that just two years after graduating high school, he is already half way there.

While Allen is headed to his first, Tucson’s own Bernard Lagat will be headed to his fifth Olympic games and third since becoming an American citizen. A 41 year-old native of Kenya will be competing in the 5,000 meters. He just failed to medal in that event back in the 2012 games where he finished fourth in the event.

Former Mountain Pointe star Will Claye is headed to the Olympics for the second time as he won the triple jump with a distance of 57 feet, 11 inches on his fifth attempt which was good for first. Finishing third and also qualifying for Rio is Arizona State’s Chris Bernard who jumped 56 feet, 5 3/4 inches.

Finally, Ameer Webb who trains with Altis based in Phoenix finished third in men’s 200-meter at U.S. Olympic Track Trials to qualify for the Rio games after running the time of 20.00.

What to watch for: HS Track and Field State Championships