It’s officially the slowest week in the sports calendar. You know the one where they jam the ESPY’s in the middle of it because they know it’s the only Wednesday night of the year every big name in sports can show up in Los Angeles for five hours?

With that in mind, it’s no wonder I can’t come up with a complete thought for this week’s column. So here’s a few random thoughts too long for Twitter with no character limits. (See what I did there?)

If the Summer Suns were a 1980’s sitcom they’d be Growing Pains. A story of a family with numerous teenagers trying to find their way in the world.

Phoenix is just hoping they’ll find a few Leonardo DiCaprios in a sea of Kirk Camerons. Hell, at this point, they’d take an Alan Thicke or two.

Through the first two games both Dragan Bender and Marquese Chriss have had more ups and downs than Donald Trump’s emotions at a rally. Both have shown flashes of brilliance and moments of “what the hell was that?” Buckle in, that’s the roller coaster you sign up for when you draft two 18 year old guys. Both are raw, and like cookie dough, can make you feel great one minute and sick the next.

Just remember, don’t overreact to what happens in Vegas. Like some of the embarrassing crap we’ve all done in that city, it’s all an over exaggeration of real life. Even the man everyone wants to crown the future, Devin Booker, only shot 6-of-23 his first two Summer League games in 2015.

Just don’t ask which son is which Growing Pains character. All I know is I’m Boner, the guy who you can’t figure out why he’s still hanging around telling awkward jokes.

On Monday Tim Duncan announced his retirement. As a Suns fan you’d think I’d have been ecstatic. I wasn’t. Despite how much Duncan and the Spurs tortured the Suns I always viewed the power forward much the way I view Wes Anderson and his films. I’m not a fan. In fact, I rarely like what he does but I still have a bizarre amount of respect for it nonetheless.

So thanks for nothing Tim. Oh, and congrats on the amazing career.

Could an All-Time Suns Team Beat the Warriors?

It made me wonder though. Could even a team of all-time Suns greats beat this year’s Warriors squad? Enter the $15 challenge.

Everyone’s seen this. They aren’t overly unique but play along with me anyways. You have a $15 budget. You have to pick a PG, SG, SF, PF and C. Can you build a Suns team to win it all?

Nash plays the Curry role since he was the blueprint upon which Steph was built. Booker, right now, is the poor man’s Klay. Grant Hill can bring the offense and defense needed. Larry Nance was an athletic freak and Alvan Adams was the small ball center before people even knew what small ball was.

If you ran that team out against the Warriors it’d give them a run for their money.

What would your team be? 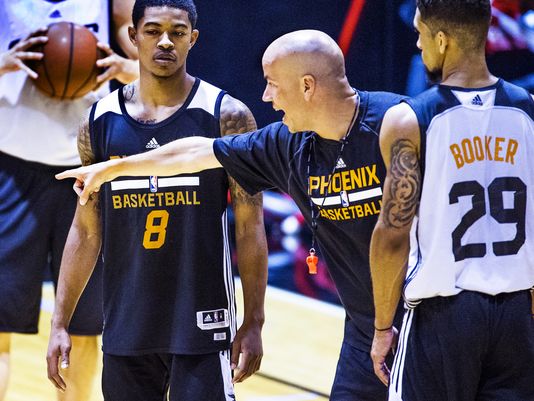 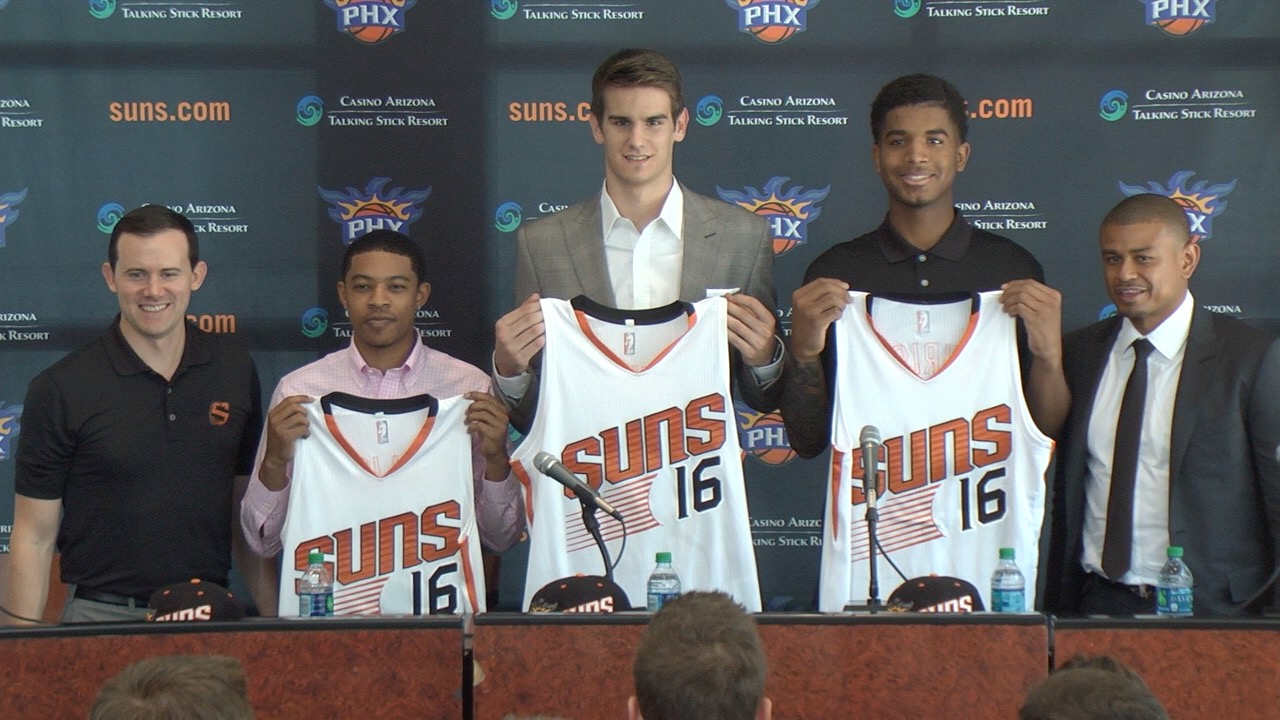