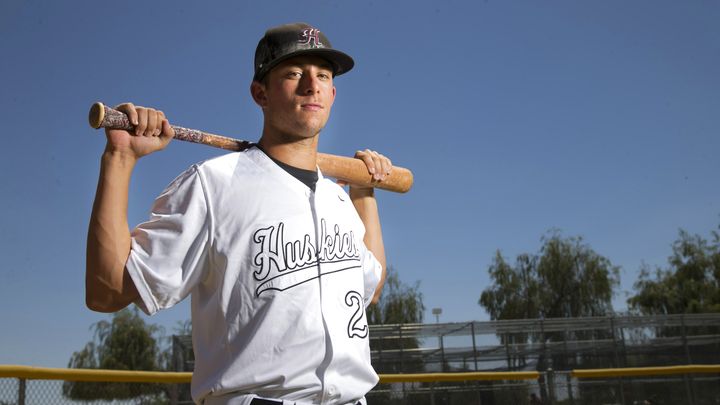 Arizona’s own Nick Brueser went deep six times at the Junior Home Run Derby on Sunday. He placed second in the derby at Petco Park and will advance to the finals on Monday.

Eight players were selected to compete in the Junior Home Run Derby by MLB, USA Baseball and Major League Baseball International. Only the two with the most home runs scored advance to the finals.

Congrats on making it to the Junior HR Derby Finals @nick_brueser !! Good luck in the Championship round tonight at Petco Park! @Dbacks

Brueser is a senior at Hamilton High School and helped lead the Huskies to a State Championship victory this year. Last spring he hit .442 with nine home runs, 32 runs scored and 47 RBIs.

In addition to a successful season, he was awarded Gatorade’s Player of the Year and is committed to play baseball at Stanford University in 2017.

According to StatCast Brueser’s longest home run on Sunday was 387 feet.

Let’s hope Brueser can beat this record on Monday and represent Arizona as one of the state’s most talented power hitters for his age.