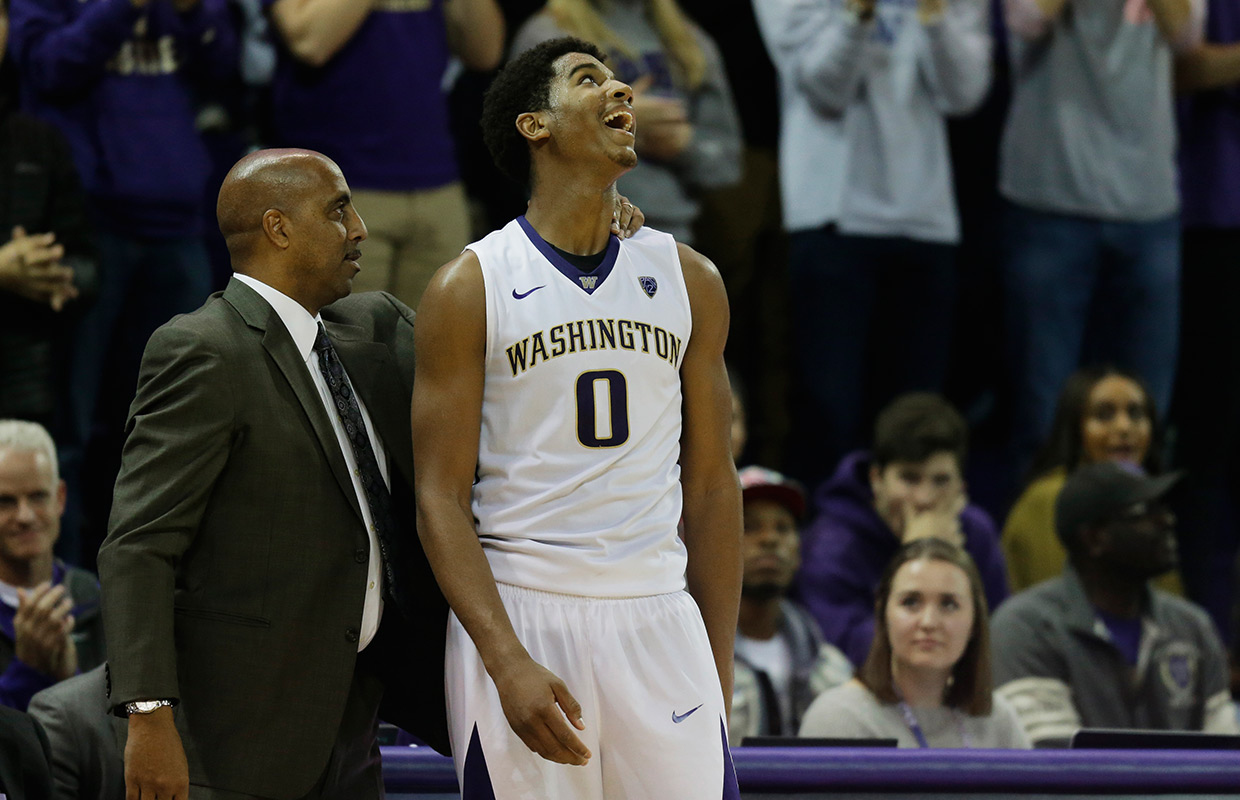 When you draft players that are so young like the Suns have the last couple of seasons like with 18 year old Devin Booker last year and 18 year olds Dragan Bender and Marquese Chriss this year, the first thing people try to do is try to compare their skill sets to other players to find what they could look like in the future.

For Chriss in particular, a player who is so athletic but also saw raw it is difficult to pinpoint exactly what kind of player he will be. His formed head coach at the University of Washington, Lorenzo Romar, has has heard all the comparisons that have been made to Chriss with Jeff Green, Rudy Gay and Amare Stoudemire. While he agreed there are similarities with each player, there is one player that he finds that Chriss is most similar too is one of the all time greats in college basketball.

“The only guy who I think Marquese is similar too and we got to go way back and he never played in the NBA, is Len Bias,” Romar told Sports360AZ.

Bias for those who don’t recall is considered one of the best college basketball players to not step foot in a NBA game. After a senior year that saw him average 23 points per game, Bias was selected second overall by the Boston Celtics in 1986. Bias would pass away just two days later after from cardiac arrhythmia induced by a cocaine overdose.

“Len was 6-9, he was incredibly athletic, he could step outside and shoot the shot. I saw Len Bias play in person on the court when he was a Junior,” Romar explained. “So I asked someone who knew Len Bias when he was a freshman and knew Marquese and they thought they were very, very similar at that stage.”

Having recruited Chriss and then having him as part of his program, Romar has had a front row seat to Chriss’ fast development as a basketball player. A player who may not have been seen as a lottery pick at this time last year has not changed much both on and off the court in the eyes of his former coach.

“He was immediately the guy we thought he was,” Romar stated. “In referencing to his basketball play, he turned into what we thought he could be a lot quicker than we thought. In terms of Marquese the student, the kid always with a smile on his face, the kid that is very sensitive, compassionate a great teammate and all that, that’s exactly who he was when he came with us.”

“He just took off in the second half of the season,” Romar added. “We though it would happen but a few months later. It happened quicker than we thought.”

His play during the Pac-12 schedule is really what thrusted him into the NBA discussion as he ultimately finished top 10 in the conference nine categories including fourth in effective field goal percentage (adjusts the fact that three point Field goals are worth more than two pointers according to basketball-reference), and fifth in total blocks and blocks per game.

One knock on the young power forward was that he led the nation in with a 138 personal fouls and his ability to rebound on the defense end was cause for some concern. Romar put both of those notions into perspective.

“He was a football player up until the ninth grade,” Romar said. “He can throw a football up to 65 yards and he did not start playing organized basketball until then. So I attribute that to his lack of experience on the basketball floor. He hadn’t played basketball since the third or fourth grade like a lot of kids who are able to play at this level…He fouled a lot less toward the end of the season and the rebounding thing, that’s just continuing to play the game in my opinion.”

Romar was with Chiss in Brooklyn on draft day and was able to be a part of the highs and lows that the day and the process had to offer.

“Before the draft started, he was ecstatic at the potential that he could be going to the Suns,” Romar stated. “Obviously if you are the fourth pick in the draft, obviously from a personal level, that’s pretty good and also it’s pretty flattering…When he was not picked with that fourth pick, I would say he was disappointed. I wouldn’t say he was depressed but I would say he was disappointed. But then when the trade was made and he was still going to Phoenix, I think he was excited again.”

Chriss and the young Suns kick of Summer League practices next week before heading to Las Vegas.