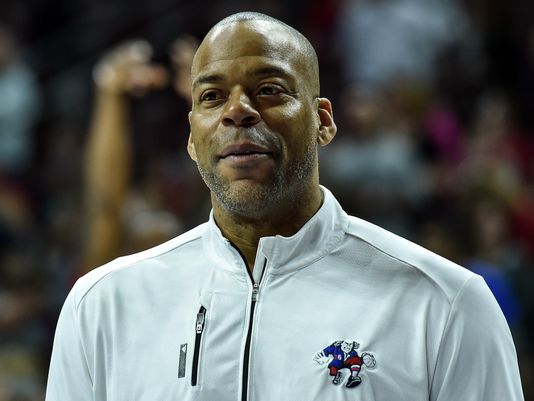 Sean Rooks warming smile and inside presence on the basketball court made him a familiar face and name around the state of Arizona for close to 30 years.

Tuesday the former Arizona Wildcat star, NBA forward and coach, including a stint with the Phoenix Suns, passed away at the age of 46.

Sean Rooks is a great Wildcat. He will be missed by many. We send our thoughts & prayers to his family & friends. pic.twitter.com/axrzPCpRLD

After starring for Lute Olson’s ‘Cats from 1988-92, Rooks was the 30th overall pick in the 1992 draft and played 12 seasons in the league for a handful teams.

He served as a player development assistant under former Suns head coach Alvin Gentry in 2012 and most recently held the same position with the Philadelphia 76ers the past two seasons.

His impact was felt everywhere after his announced passing.

“This is just a horrible shock,” Olson said in a released statement. “Sean was such a wonderful young man with a great disposition. During his time at Arizona, he was always one of the most pleasant individuals to be around. His positivity was something I’ll always remember. This is a tough day and a terrible loss for Arizona basketball. We send our condolences to Sean’s family and friends.”

“Our thoughts and prayers are with the Rooks family upon hearing the news of Sean’s passing,” said UofA head coach Sean Miller. “I have often heard Coach Olson and Sean’s Arizona teammates refer to him in so many glowing terms, particularly as someone that learned the value of hard work in college and developed himself into a NBA player. It is saddening to see him leave us at such a young age.

“We also pass on our condolences to his son, Kameron, a member of our conference at California and someone that is becoming an excellent player in his own right,” Miller added.