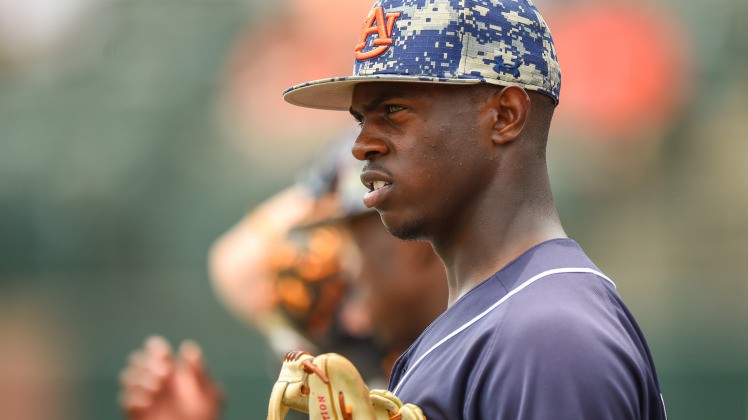 For the Arizona Diamondbacks, it’s a tale of two drafts the past few years.

After selecting Vanderbilt shortstop Dansby Swanson first overall in 2015, the Diamondbacks were without a first round pick the following year. A small price (that, and like $200 million) for free agent pitcher Zack Greinke.

The Snakes’ first pick came at #39, where they selected Auburn outfielder Anfernee Grier. The pick came in Lottery Round A. This round consists of six picks at the end of the first round from the Competitive Balance Lottery. Teams may be awarded this pick if they are a part of the 10 smallest markets or 10 smallest revenues.

Ok, back to Grier.

Here is the type of ground Grier can cover in centerfield:

The D-Backs’ next selection is with pick 52 in the second round.