Drafting for best available or need.

That is the biggest question in regards to the Phoenix Suns who select twice in the lottery at fourth and 13th overall. The answer to that question in both facets possibly at four and most definitely if he slips to 14 is 6-10, 231 pound Domantas Sabonis from Gonzaga.

The 20 year old from Lithuania visited the Suns for his first pre-draft workout leading up to the 2016 NBA Draft. It was a solo workout with him and the Suns staff which could be the strategy for Sabonis in visiting the Suns seeing as they have a glaring need at the power forward position.

“That was the main reason I came here,” Sabonis said after his workout Thursday. “It’s a great organization, you guys are building a really great team to win. That is really important to me, winning. And there is obviously a big hole in the power forward spot. That’s why this is a great fit.”

Domantas is the son of Arvydas Sabonis who had a long professional career overseas as well as in the NBA with the Portland Trailblazers.

“Obviously when your Dad is a legendary center, you kind of have a great sounding board in your backyard,” said Suns Assistant General Manager Pat Connelly. “But he is also unique in the fact that before he went to Gonzaga, he played Euro-League basketball in Malaga. So he has been in a pro environment before going to college.”

In two seasons with Mark Few and the Bulldogs, Sabonis averaged career mars of 13.5 points, 9.4 rebounds and shot 62.3 percent from the field. He added a three point shot to stretch things out last season which made 35.7 percent of his attempts.

It remains to be seen if Jon Leuer and Mirza Teletovic, who were the most productive power forwards on the team last season, will be back but as the team looks to inject more talent at that position, the skilled Sabonis who is known for his motor, rebounding and skill with a developing jump shot could be an instant upgrade depending on how the draft unfolds for the Suns.

Potential, the theme of the Phoenix Suns 2013 Draft 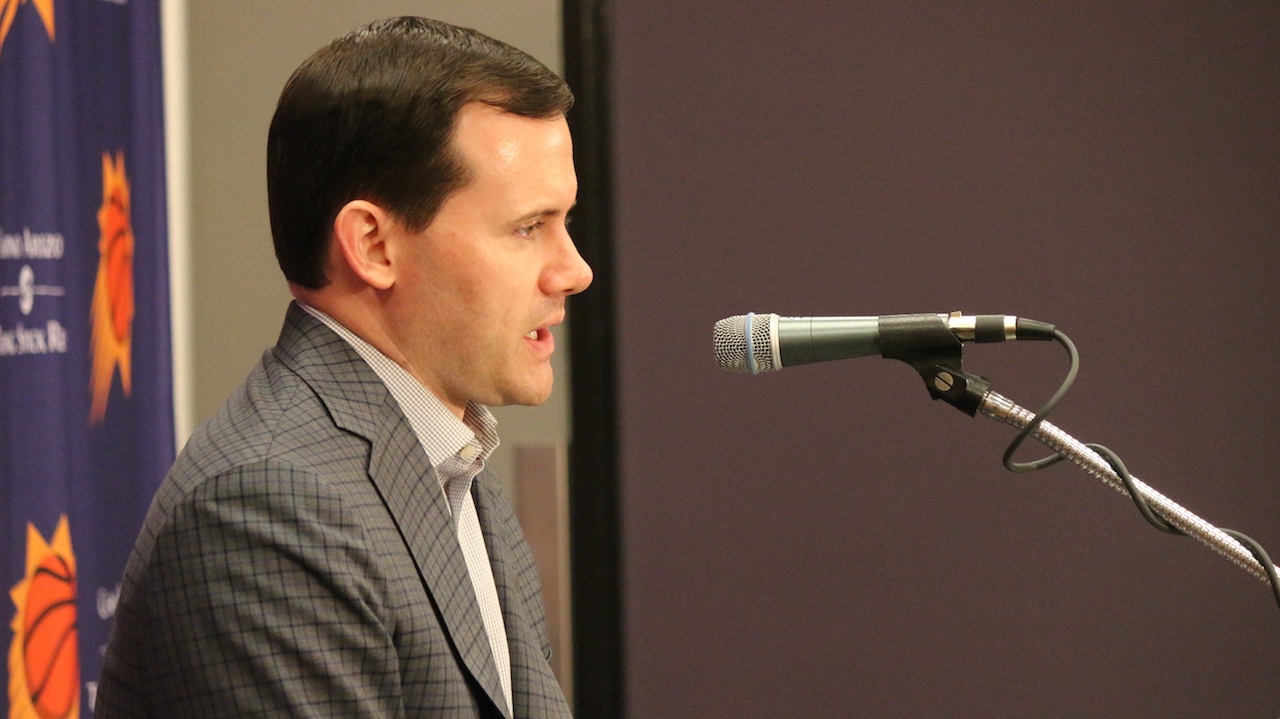