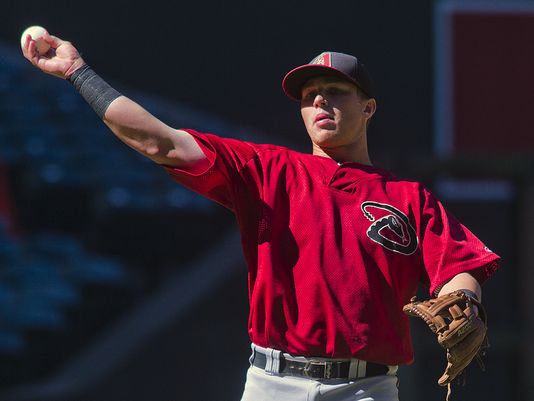 Through the first six weeks the Arizona Diamondbacks’ 2016 season has been filled with some highs and just as many lows.

These same inconsistencies cannot be said about Brandon Drury who continues to produce offensively and sparkle in the field for Chip Hale.

“You talk to managers over the years and when they get a player like who has to be in the lineup every day, it’s a great problem to have,” ESPN baseball insider Pedro Gomez told Sports360AZ.com’s Brad Cesmat during his weekly interview. “Drury is going to find his way into the lineup nearly every day.”

What makes the former Atlanta Braves’ prospect, who came over as part of the Justin Upton trade back in early 2013, such a valuable commodity for Hale is his ability to play multiple positions. Drury has played second base, third base, left field and right field through the first quarter of the season.

At the plate entering the weekend he was second on the club in homeruns (6) and tied for second in doubles (9). Drury’s 35 hits was also tied for second-best.

His breakout season, in many ways, has mirrored one of his teammates.

“Drury has been a great story, a lot like [A.J.] Pollock a few years ago when he kind of emerged,” Gomez explained. “People were like, ‘wow, who is this guy?'”

In many instances, Gomez believes the teams who win consistently and go on to have successful seasons, have players emerge much like the former Braves’ 13th-round pick back in 2010.

The Diamondbacks are hoping history repeats itself this summer.