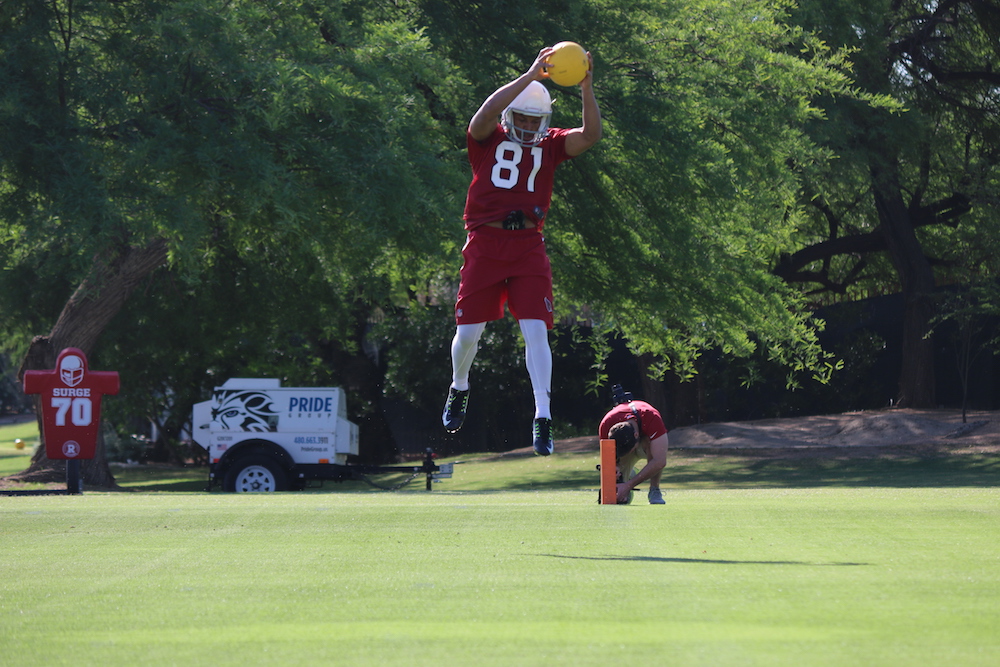 The Cardinals are in week 2 of OTAs. Here are some notables from their Tuesday morning workout:

Bruce Arians’ mother-in-law passed away and he is in New York attending the funeral.

Cardinals offensive coordinator Harold Goodwin said coming into the league last year, rookie tackle D.J. Humphries was immature but has made strides entering this camp. He said newly signed guard Evan Mathis has taken Humpries under his wing and has “mandated” Humphries stick close to him, and the two work out together before team-organized workouts.

Senior vice president of officiating Dean Blandino stopped by the Cardinals facility on Monday to go over some of the new rule tweaks, including chop-blocking.

Goodwin also called Earl Watford his “Swiss Army knife” because of his experience at guard, tackle and center. He said Watford has done a nice job at center when he gets reps and rookie center Evan Boehm is doing a nice job early in camp as well.

Defensive coordinator James Bettcher stressed “there is nothing like watching yourself on tape”. Both the coaching staff and players are looking to make the necessary adjustments to their game for when September rolls around.