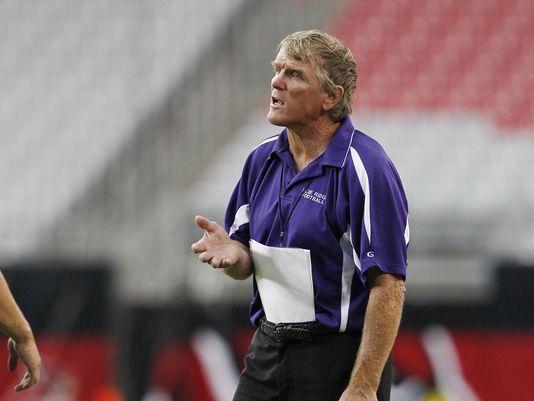 Moro went 7-4 with Poston Butte in his first season with the team, but then suffered a winless season in 2015 before resigning in March after just two seasons with the team.

Some may be surprised by Moro’s decision to take the position so quickly after his resignation from Poston Butte, as at the time of his resignation he told azcentral sports that, while he didn’t see himself being done coaching, the workload was too much for him at that time.

Marcos de Niza was likely an attractive opening for many qualified candidates, having recorded a winning record in every season going back a decade. Moro will have the luxury of working with talented senior-to-be quarterback Naz Greer and a handful of returning skill players. The Tempe school’s decision to go with Moro speaks to the longtime Blue Ridge coach’s cache in the Valley, notwithstanding his recent struggles at Poston Butte working with a young, inexperienced team which was hit by key injuries to Chase Taylor and Sergio Hernandez.