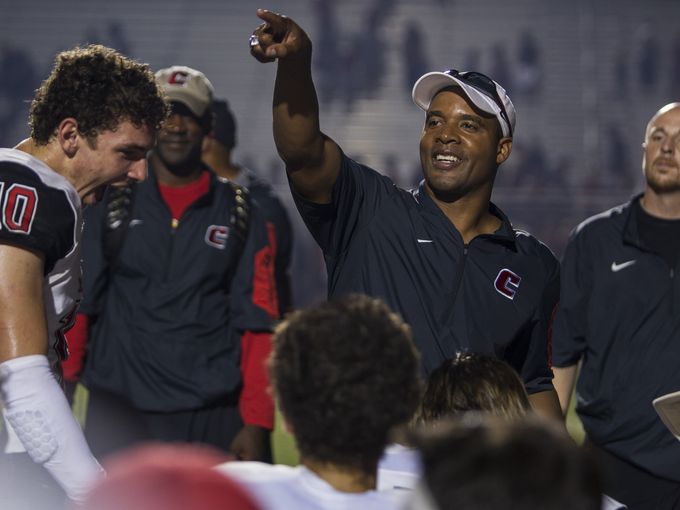 There’s going to be a new Mayor of #ChapTown next fall.

Monday afternoon news broke Chaparral High School will be searching for a new head football coach after Conrad Hamilton announced his resignation to accept a position as a senior defensive analyst for Todd Graham at Arizona State University.

Hamilton spend nine seasons on the Firebirds’ staff and served the past two seasons as head coach after taking over for Dave Huffine who left to become the athletic direction at Scottsdale Coronado. The former NFL defensive back served as Chap’s defensive coordinator before being elevated as Huffine’s replacement just over two years ago.

The ‘Birds are hoping to have a new head coach in place when they open spring football one month from today.

Offensive coordinator/wide receivers coach Thomas Lewis will be leading the off-season training sessions as Chaparral looks to build off their 9-3 2015 campaign.