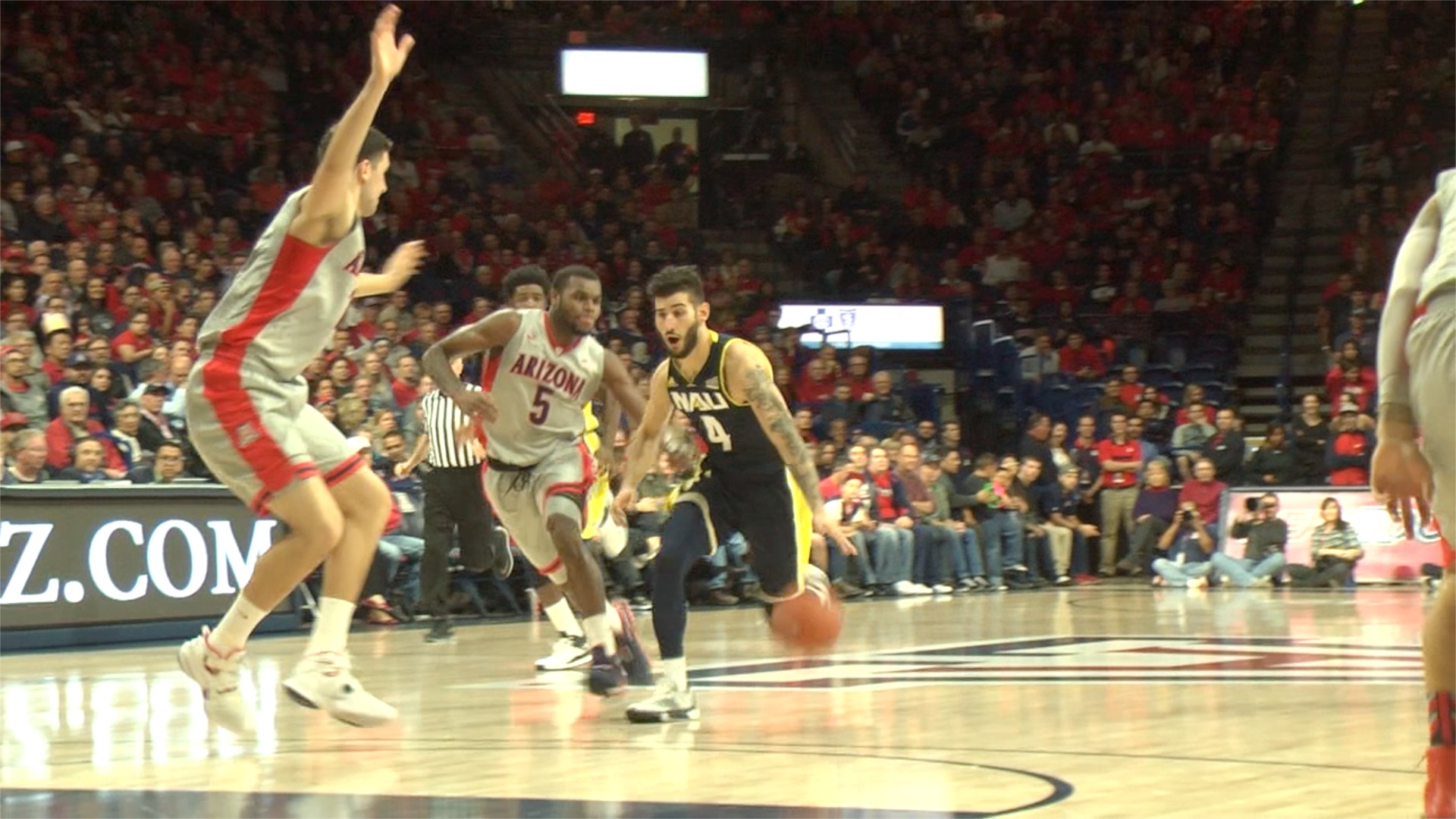 Northern Arizona Basketball is coming off a tough season in 2015-16 after predominately playing freshman on a team that lost many key seniors from the season prior. Not to mention, senior leader Jordyn Martin missing this entire season due to injury.

Despite the growing pains, the Lumberjacks had their quarterback in Kris Yanku put forth a very productive season leading the team as a junior and was going to be poised for a huge senior season with an NAU team that will look to make a big statement with a more experienced group next year.

However on Friday, Yanku announced that he will forgo his senior season and begin a professional career oversees. The California native who was originally born in Istanbul, Turkey has had many opportunities over the last few years presented his way to play back in Europe and has now decided to go for it.

“I’ve had a really good experience at NAU and have enjoyed my time in Flagstaff,” said Yanku. “I gave my all to this program, but I think going pro is the best decision for me right now. The coaches have played a huge part in this process and I thank them for all that they have done. Coach Murphy has helped me to become the player I am ever since arriving on campus. Finishing my degree is important to me, my family, and the coaching staff and that is something I plan to do while pursuing my professional career.”

Yanku wraps up his career in a Lumberjack uniform averaging 12.7 points, 4.2 rebounds, 4.2 assists, and 1.4 steals per game. He earned all-conference honors and was an key piece in the Lumberjacks’ run in the CIT Tournament back in 2015.

A member of Murphy’s second recruiting class, Yanku has etched his name in the record books. He leaves as the all-time leader in career made free throws with 518 (160 more than second place). He also ranks fifth in assists (419), eighth in assist average (4.2), fourth in steals (141), and 10th in minutes played.

“I fully support Kris and his decision to turn pro,” said NAU head coach Jack Murphy. “I know that he’s going to have a lengthy and successful professional career. It’s not every day that we have a student-athlete of Kris’ caliber that’s afforded the opportunity that he is due to his dual citizenship. He’s committed to attaining his degree from NAU and I think that this is a proud day for all Lumberjacks as Kris embarks on the next journey of his career.”