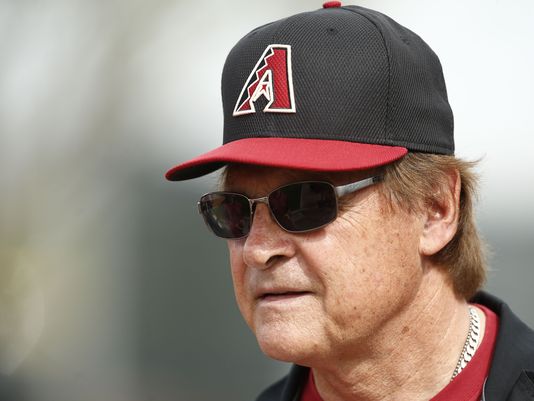 1. Good Jeans– Alright, it’s time to admit it: This guy is having a pretty impressive spring. He leads the Arizona Diamondbacks in total bases despite being just 12th in plate appearances. Let’s be clear now, he’s not hitting .571. You can’t find BABIP (Batting average on balls in play, a stat that helps clear up just how “lucky” a guy who hits a lot of grounders like Segura has been getting) numbers for spring training, but Segura, who hits TONS of ground balls, has got to be through the roof, which means he’s due for a sharp regression in batting average.

Still without a walk this Spring, and having taken fewer pitches than any D-Back in the top 15 of plate appearances, Segura has shown no signs of turning into a more patient hitter this preseason. But the reality about Segura has been that he’s streaky, powerful and quick. Two steals in four attempts is promising (though middle infield-mate Chris Owings’ five steals in six attempts is more impressive) and with a couple of homers, a triple and a pair of doubles, paired with just five strikeouts (Paul Goldschmidt has 13 by comparison), and maybe the early book on Segura – that his over-aggression at the plate and sub-par fielding skills made him a dubious pickup for the Snakes – might have been a little pessimistic.

Don’t expect a .300 season – that’s almost impossible when you take as few pitches and hit as many grounders as Segura does – but maybe Segura’s near- elite contact skills and plus speed could translate to a better 2016 than we expected.

2. Hot corner jam – Two of the Diamondbacks’ more impressive Springs have come from their young, promising third basemen: Jake Lamb and Brandon Drury. Drury can also play middle infield, but there’s a bit of a logjam there too, so it’s an interesting situation for the exciting young prospect. Lamb, the incumbent for all intents and purposes, has hit .303 with a team-lead-tying six walks, good for an elite-level and very credible .410 on-base percentage. He’s also struck out a bunch, but Lamb has taken more pitches this Spring than anybody not named Goldschmidt, which speaks well to his long-term viability as a patient, calculated hitter. Lamb had an up-and-down 2015, starting out blazing hot and then fading down the stretch following a foot injury, but he’s got promise and should keep the job for opening day. Drury, meanwhile, has had an incredible preseason, clubbing three homers and nine total extra-base hits while walking four times and hitting a powerful .351. He’s not going to hit that in the majors, but it’s a flash of what the 23-year-old who came over in the Justin Upton deal might be able to do with the big club in the future. Now the question is how you get him up there.

3. Socratic debate: D-Backs fans will probably have to keep dreaming of the day when young speedster Socrates Brito might earn a long-term starting position in the outfield. Yasmany Tomas, Brito’s most direct competitor for at bats in left field, has had very limited run this Spring, but he’s done well with it. He’s hitting .417 over just 13 plate appearances, and that’s going to be more than enough to keep the $68-million man in the starting lineup when the season opens. But Brito has been great this Spring, and has pushed into what manager Chip Hale called a competition for the left field spot, so Tomas will be hearing footsteps all summer.

4. Up the middle: Outside of Segura, who’s never played anywhere but shortstop in his career, the rest D-Backs middle infield has also been strong this spring. Nick Ahmed, whose glove ought to keep him at short and bump Segura to second base, has dazzled, hitting .405 with a homer and a steal in fairly extended playing time. Ahmed hit a dreadful .226 last season, but it was his first full major-league season. If he can progress this season it’d be huge for the Diamondbacks. Meanwhile, Chris Owings, who’ll probably bounce around as a utility guy unless someone gets hurt, has hit .324 in a solid sample and swiped five bags in six tries. Owings regressed mightily from 2014 to 2015, sinking to a .227 batting average and hitting two fewer homers (four) than he did the season before despite playing in fifty more games. It’s going to be a battle for playing time in the middle infield this Summer between Segura, Owings, Ahmed and probably Drury, but the winner of that battle could end up being the Diamondbacks.

5. Miller time: After a very rocky start to his Spring (9.00 ERA after his first two innings), Shelby Miller seems to have settled in a bit, pulling his ERA down to 2.70 in a total of 10 innings of work. Sample is still miniscule, so it’s hard to know what to expect from the guy the D-Backs mortgaged their future for, but at least the sky doesn’t appear to be falling. Expect Miller to settle in as a strong starter behind Greinke and possibly Corbin, but keep in mind that a season befitting the price the D-Backs paid for him is unlikely.