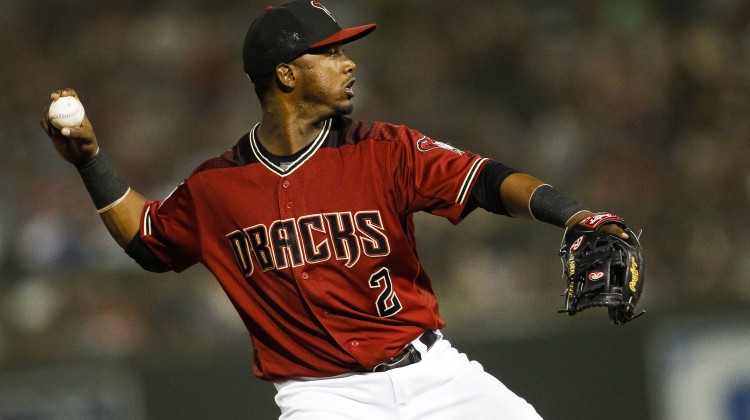 There have been those who have criticized the Arizona Diamondbacks’ move to acquire middle infielder Jean Segura from the Milwaukee Brewers this offseason (including on this website).

But at least one person with his finger on the pulse of the baseball world sees the acquisition as a potential boon for the D-Backs.

ESPN insider Pedro Gomez told Sports360AZ.com’s Brad Cesmat in his weekly visit that he sees Segura as a potential “x-factor” for the team this summer.

“He’s somebody that has had some success in this league and if he can really stabilize the middle of the infield with Nick Ahmed, that’s something that will benefit the D-Backs,” Gomez said.

Naming Shelby Miller and Yasmany Tomas as other possible candidates, Gomez keyed in on what he saw as a possible improvement defensively with Segura at second base.

#Dbacks Chip Hale feels comfortable with Jean Segura being lead off hitter. Likely to get everyday at-bats either at 2B or SS.

“Maybe it’s not necessarily what Segura does offensively, but pitching-wise where a pitcher can say, ‘You know, I can throw a ground ball here,’” Gomez said.

Looking around an infield that would include Jake Lamb, Ahmed, Segura and Paul Goldschmidt, Gomez said he felt like the improvement in pitching might only be the beginning for the defense of the Diamondbacks.

“You know, you’ve got some Gold Glove-caliber players like Goldschmidt,” Gomez said. “Yeah you’re adding (Zack) Greinke, and you’re adding Shelby Miller, but you’ve got to have some guys who can catch the ball. So I’ll go with Segura as the x-factor.”

Segura has played his entire career at shortstop and will likely have to transition to second, considering the near-elite defensive talent of Ahmed. So far this spring, Segura is hitting .527 with three home runs and five steals in 55 at bats.