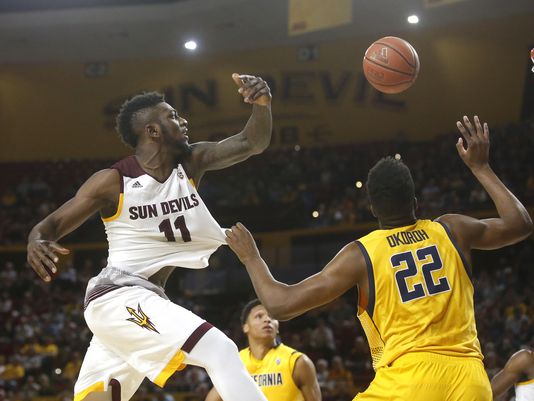 The winds of change continue to swirl for Bobby Hurley and the Arizona State men’s basketball program as forward Savon Goodman announced he was leaving the program.

Confirmed: Arizona State forward Savon Goodman is leaving the program. As grad transfer, he will be able to play right away next year.

The Philadelphia native was one of the top prep players in the country when he signed with UNLV. Goodman spent a year (2013-14) at Indian Hills Community College but did play. He was recruited to Tempe by former head coach Herb Sendek and his staff and signed in the spring of 2014.

As a graduate transfer Goodman will be eligible to play immediately next season.

Sports360AZ Retweeted · Jordan Spurgeon
@spurge_
Down 2-1 in the 6th, full count, fans on their feet chanting “ASU” and Kristiana Watson delvers with a GRAND SLAM @ASUSoftball 🤯