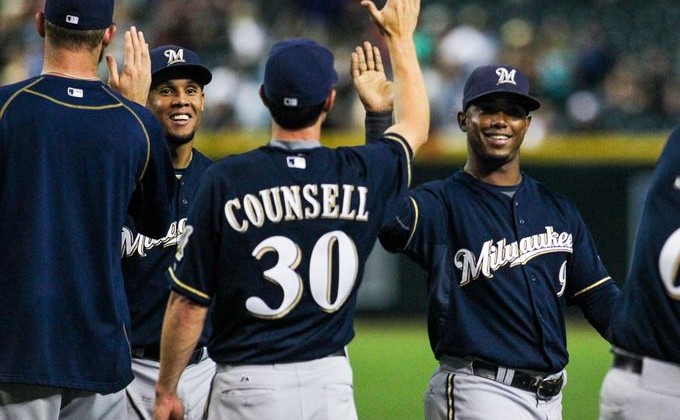 The Arizona Diamondbacks off-season of wheeling and dealing is still in full swing.

The add of Segura is an interesting one as the Diamondbacks already have middle infielders they have had coming up through their system that they have seemingly been high on. They already have Nick Ahmed at shortstop who they love for his defense. Chris Owings’ time up with the big league club has been injury laden but he is a former organizational player of the year and Pacific Coast League MVP. Finally, there is Brandon Drury who is their highest rated position player in their minor league system who the D-Backs called up to get a taste of the bigs last season. He has been flip-flopping between second base and third base in the field.

Oddly enough, Jean Segura and new Diamondbacks ace Zach Grienke have something in common. They were part of a trade for one another back in 2012. Segura was a prospect the Brewers received in exchange for Greinke in the trade that sent him to the Angels.

February is upon us which means we are just weeks from Pitchers and Catchers reporting for the start of the 2016 season.