Despite a disappointing, injury-filled 6-6 regular season Arizona Wildcats head coach Rich Rodriguez continues to be a hot name in the coaching rumor circles.

Many believed Rodriguez would surface as legendary Frank Beamer’s replacement at Virginia Tech but the Hokies instead opted for rising 39-year-old Justin Fuente who turned around the program at Memphis. Rich Rod has also been mentioned for the current openings at Georgia and Miami.

One college football analyst believes he could be linked to another school–one which doesn’t even have a coaching vacancy.

At least not yet.

“A place to keep your eye on is Oklahoma State,” SEC Network/ESPN college football analyst Greg McElroy told Sports360AZ.com’s Brad Cesmat during a phone interview Tuesday morning. “Mike Gundy has obviously had an unbelievable year. He’s done an unbelievable job in Stillwater but you keep hearing his name pop up as a candidate in some of these jobs.”

McElroy believes Gundy has butted heads with some members of the athletic department and could be willing to leave his alma mater after 11 seasons as their head coach and a handful more as a Cowboys’ assistant. He’s led OSU to a career record of 94-46 and is 6-3 in bowl games. The Pokes finished tied for second in the Big 12 after starting the season 10-0.

“I’d pretty interested to see if in fact he goes because there are so many compelling openings out there,” McElroy said of Gundy. “Whether Rich Rod would be interested in a job like that in the Big 12.”

Rodriguez is 32-20 in Tucson after taking over for the fired Mike Stoops’ following the 2011 season.

The Wildcats will learn of their bowl destination this weekend. 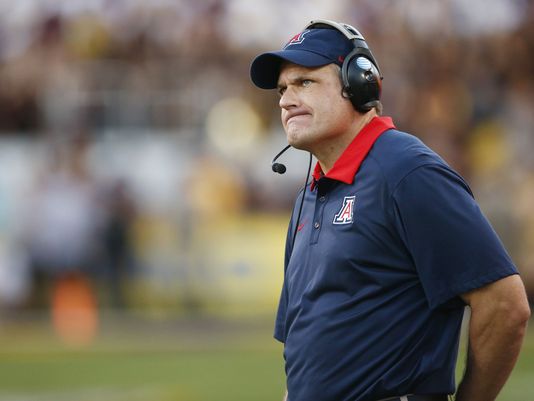