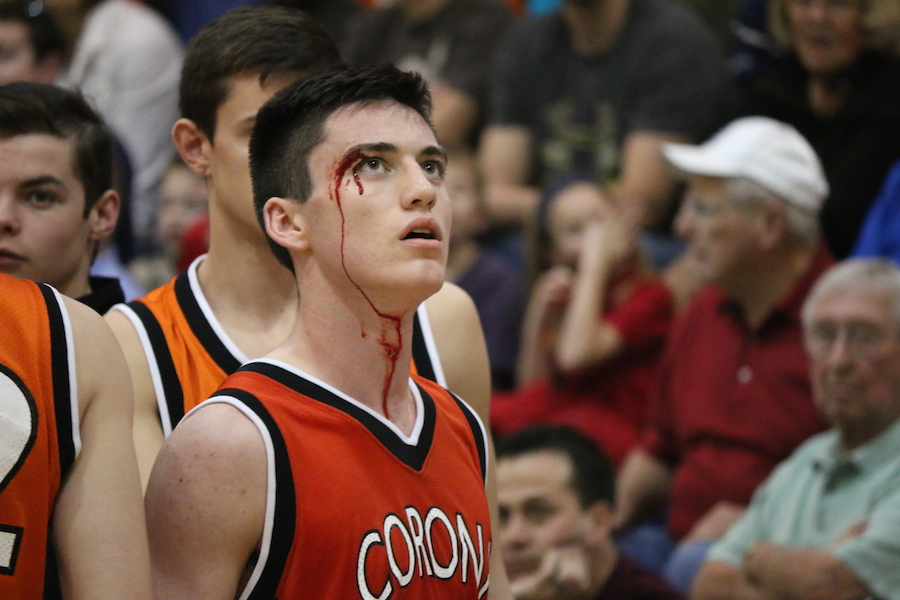 Hoophall West returns to Chaparral High School in Scottsdale this weekend and it will include a fantastic slate of games. The schedule (seen below) showcases multiple local teams as well as some elite programs coming from California, Illinois, New Jersey, Texas and Washington.

Here are storylines to watch for:

Shadow Mountain takes on Archbishop Mitty on Friday Afternoon: The Shadow Mountain Matadors sure are putting themselves through a gauntlet so far this season. A week after taking on Findlay Prep and falling by just three points, the Matadors have two big games in the Hoopball starting with a matchup with Archbishop Mitty at 3pm Friday. The Monarchs, who are the former school of former Arizona Wildcat and current Orlando Magic forward Aaron Gordon, have been battle tested themselves so far this season come in with another big forward headed to the Pac-12 next season. That is 6-8 Oregon State commit Ben Kone. They also showcase a junior 6-6 power forward Sebastian Much who holds seven offers currently mostly from mid-major programs.

Michael Bibby Jr. is already a senior. Man, does time fly. He has seen his share of adversity over his career having torn his ACL an the same knee twice which forced him to miss almost all of his junior season. But he looks strong as ever along side fellow senior JJ Rhymes. The two combine for 42 points per game through six games. There is new blood on this Matador team that has the program excited about the future. Freshman Jalen House, son of form NBA and ASU standout Eddie House, is making a big impact already averaging over ten a game and providing a ton of energy.

Derrick Rose and Jabari Parker’s alma mater arrives in valley: Simeon High School out of Chicago is rich in basketball tradition. A school that has graduated NBA players both past and present which include Nick Anderson, Bobby Simmons, Derrick Rose and Jabari Parker. The current Wolverines will showcase senior Gonzaga commit Zach Norvell at the shooting guard position. Fellow senior Ben Coupet at small forward, junior point guard Evan Gilyard and sophomore guard Kezo Brown make up next level talent all over the perimeter.

A Bobby Hurley Commit for 2016 Showcased: The one and only team that Simeon will play while at Hoophall on friday is against Rainier Beach from Washington who consist of more Pac-12 talent. One of Bobby Hurley’s first commitments for 2016 after joining ASU is Rainier senior small forward Sam Cunliffe and he is joined on the wing by fellow senior and Oregon commit Keith Smith. Both of which are top 100 prospects according to Scout.com.

Speaking of Bobby Hurley: Arizona State’s new head coach will see his high school alma mater coached by his father, Bob Hurley, in his new home town. The nationally known St. Anthony form Jersey City, New Jersey comes to the valley and will take on four-time defending state champion Corona del Sol on Friday night and then Shadow Mountain on Saturday. St. Anthony is spotlighted by senior Georgetown commit Jagan Mosely at the shooting guard position as well as Scout Top 100 junior Daniel Mading at the power forward position. Corona spotlights not just the best backcourt in the state, but also on the west coast with Alex Barcello, Tyrell Henderson and Saben Lee who have one win already over a national power in Bishop Gorman from last week. They will look to keep rolling against major programs in the final game of the night on Friday and then play a very good Garfield team from Washington on Saturday.

Prep School Showdown: AZ’s Hilcrest Prep takes on the number four team in the nation for the final game of Hoophall on Saturday night. Advanced Prep International from Texas comes in with the best junior point guard in the country, Trevon Duvall, the number two junior power forward in the country, Billy Preston, along with seniors Terrence Ferguson (Alabama Commit) and Mark Vital (Baylor commit) just to name a few. They take on a Hilcrest Prep team who is just off a win over Athletes Institute and Thon Maker last week. 2017 five star star center Deandre Ayton put up 24 points and 19 rebounds against Maker in that game. Should be an amazing game to end the weekend.

See the full schedule of games below all being played at Chaparral: