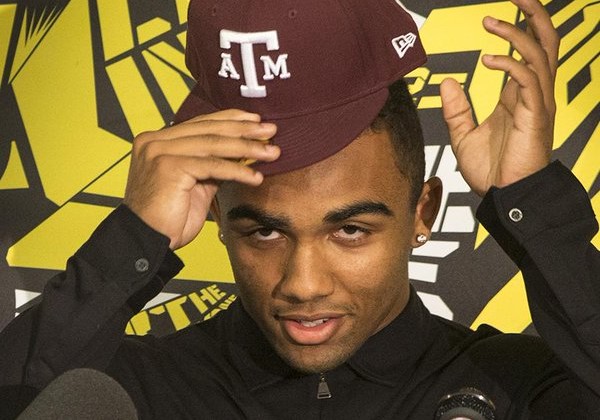 Arizona is no longer just a place for coaches to gather for spring meetings and vacations during the off-season.

The Grand Canyon State, specifically Phoenix and the surrounding areas, have become regular stops on the recruiting trail for many of the biggest college football programs in the country.

Texas A&M, UCLA, USC, Oregon and others national powers have stockpiled their rosters plucking some of the state’s elite players away from Arizona State and the University of Arizona. The 2014 in-state class boast three of the top prep players in the country in Kyle Allen, Mark Andrews and Qualen Cunningham. Allen, Cunningham and most recently Christian Kirk (class of 2015) signed with the SEC Aggies.

The influx of top-tier Division I talent can be partly attributed to the local population swell, as well the several well-stocked junior college programs around the state which help feed schools looking to plug holes or improve roster depth.

The top unsigned player in the 2016 class is Saguaro High two-way star Byron Murphy who is still considering a handful of offers.

National Letter of Intent Signing Day is February 3, 2016. Keep it here on Sports360AZ.com for complete, comprehensive coverage for everything Arizona-centric.