Harry’s teammate and Chandler running back Chase Lucas as well as Saguaro defensive back Byron Murphy were in attendance for the announcement.  Many consider these three to be top-five recruits in the state, and Arizona State has been in play for all three playmakers.

Harry, Lucas and Murphy have made it clear they would like to play together at the next level.  So if Harry is the first to commit, could Murphy and Lucas be Tempe-bound as well?

“It impacts me a lot because of course me, N’Keal and Chase wanted to stay together since we were little, go to the same college” Murphy said.  “I just have to figure out the right place for me.  If it’s ASU, it’s ASU.  If it’s not, it’s not.”

Murphy has narrowed his options down to Arizona State, Washington, and Texas A&M, where his good friend and former Saguaro teammate Christian Kirk has already become one of the best playmakers in the SEC as a true freshman.

For Lucas, who is making his commitment on November 9th, Arizona State, Washington, and UCLA are just some of the suitors.  Lucas has the chance to not only play with his current teammate in Harry, but also his quarterback that led Chandler to a 2014 state title in Bryce Perkins.

“It means a lot to me,” Lucas said.  “Just being able to play with my brothers for another four years, that’s ridiculous.  I have a good feeling in my heart that Bryce is going to be the starting quarterback so I’m excited for that.”

Either way, both players say they are ready to make their decisions soon.

“After I commit on Monday of next week, I’m going to end my recruiting,” Lucas said.  “I think I’ve made up my mind. After my Washington visit, I kind of made up my mind… I feel pretty confident about this decision.”

Todd Graham has made it clear he wants to dominate the recruiting picture in Arizona.  He proved it this Monday, could that continue with Lucas and Murphy?

We will see if that continues next Monday. 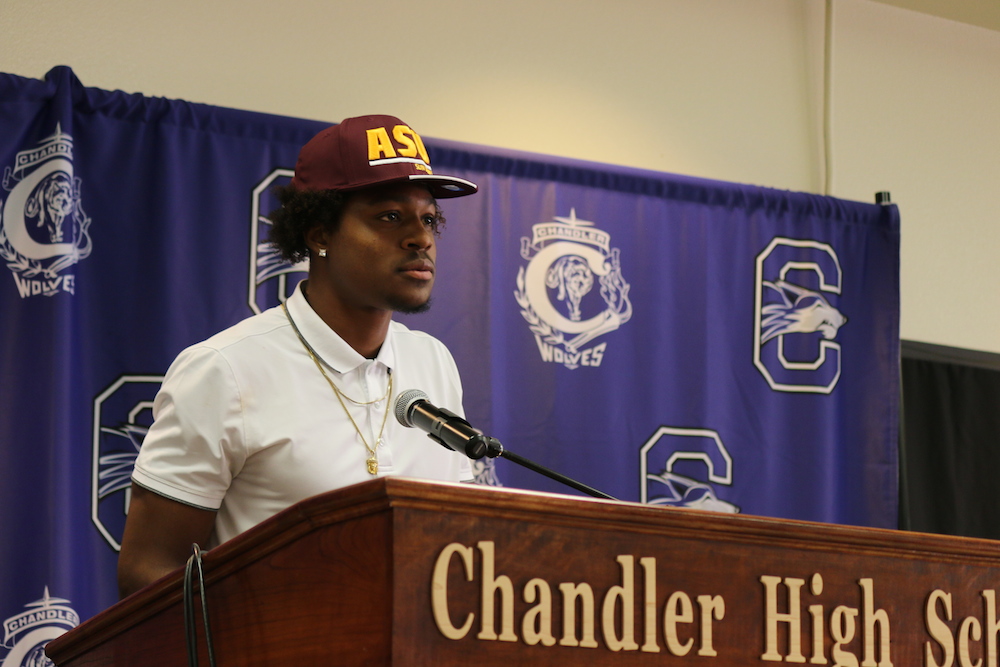 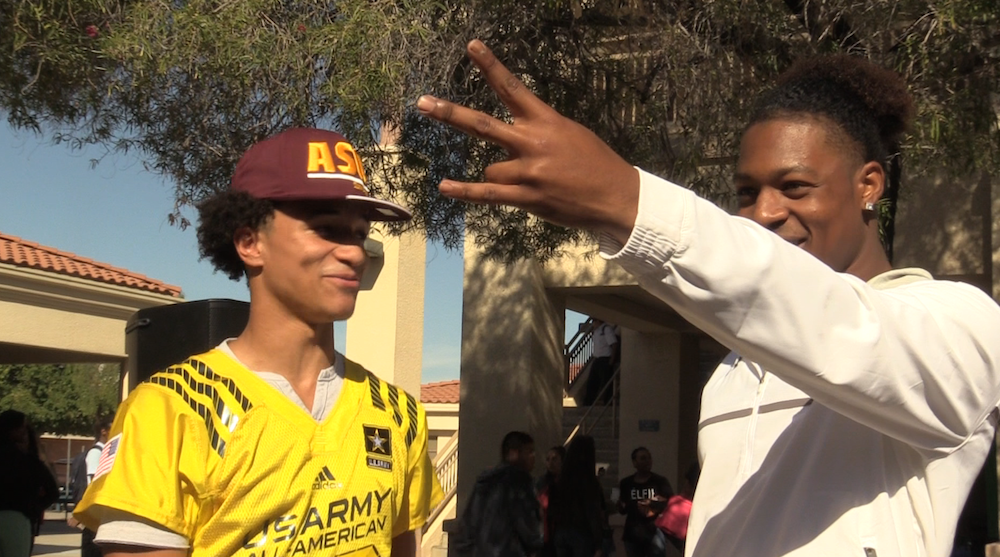