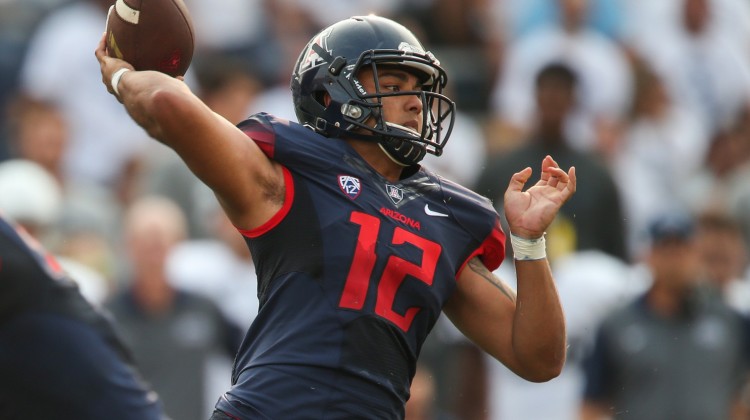 Todd Graham needs to root for Rich Rod. Sparky wants Wilbur to have great success!  With five games left in the regular season, both Arizona and Arizona State can still find their way into the Pac-12 South title game.  The Wildcats have the straighter path.  Win out, along with one Utah loss, and the Wildcats are Pac-12 South champs.  Now, you might be rolling your eyes over my scenario, but the wise guys in Vegas aren’t sold on Utah. The Utes are a 3-pt. underdog for this Saturdays game at USC.  I still think the Trojans are the class of the South.  The Sun Devils need Arizona to beat USC and Utah, then knock off the Wildcats in Tempe if they want to have a shot at their Pac-12 South title goal.  C’mon ASU fans, love on the Wildcats!!!!

Now, let’s get to the matter at hand that most Arizona State fans are talking about. My inbox has been flooded with Mike Norvell emails. Most of them have been negative. The offensive coordinator has been the whipping boy over this seasons disappointing record. Fans want someone to jump on when a team underperforms and in this case Norvell is the guy.

But, let’s be clear!  Norvell isn’t the sole reason why this team is out of the Pac-12 South race (for now).  He isn’t the one that couldn’t tackle in the USC game.  He isn’t the one that couldn’t block in the Texas A&M loss.  He wasn’t the one dropping passes for big gains or touchdowns against Utah.  He has dialed up some good calls that just weren’t executed. However, in my opinion, he has been stubborn to a fault in some of his play calling.  It’s clear to me that Mike Bercovici isn’t the same style of quarterback for the Norvell offense as Taylor Kelly was. D.J. Foster (is he dinged up?) hasn’t been used nearly as much or as well as in years past.  I think it’s also very fair to point out that Arizona State wasn’t able to convince receivers like Christian Kirk (Texas A&M) Mark Andrews (Oklahoma), Devon Allen (Oregon) or Jalen Brown (Oregon) to stay home to play for ASU.  If the Sun Devils don’t stumble upon Tim White, who knows what this season would be like.  They haven’t had the playmakers at WR in my opinion.  Arizona State is out of the Pac-South race today, but there are still five games remaining.  The Sun Devils have to worry about themselves.  They need lots of help, but if they win out, they could still be playing in the Pac-12 Title game in December.