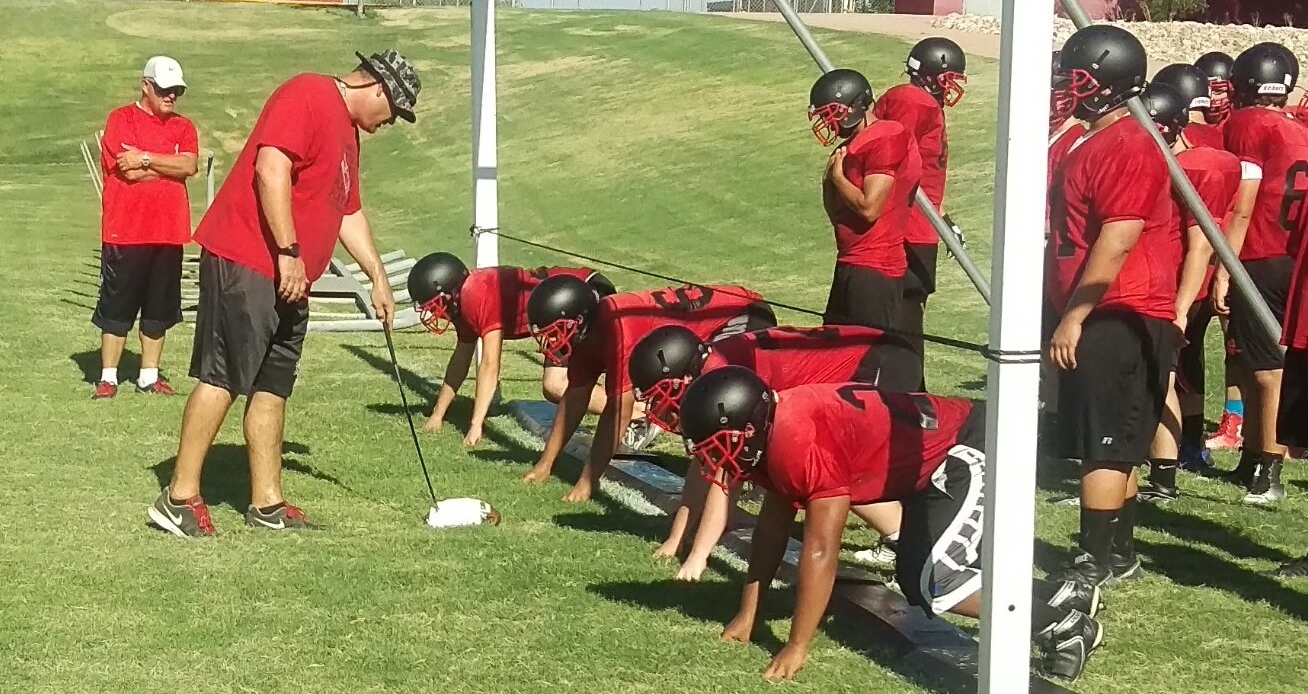 I’ve spent the past two weeks visiting teams in the far southeast valley, interviewing coaches and players about the upcoming season. In addition to the recent interviews, I’ve watched most of the area teams in person over the past two seasons, which has given me a unique perspective of who I believe are some of the top players on each team. Here’s a look at three Combs’ players to watch under the Friday night lights.

The Coyotes’ leader in tackles and sacks from a year ago has the potential to have an even better season in 2015. Head coach Jesse Hart has plans to move McLaws around this season, mainly to take advantage of his playmaking ability, but also to prevent opposing teams from designing schemes to slow one of the state’s best defensive players. McLaws, who was second on the team in tackles-for-loss (18) last season, is the leader of a defensive unit that returns several players who earned post-season recognition in 2014, including two teammates listed below. McLaws is one of several seniors on the Yotes’ defense that should rank as one of the best in state, giving them hope for a deep run in the Division IV playoffs.

Quirarte, a third-year varsity player, appeared in five games as a freshman and started all 11 games as a sophomore in 2014, when he finished with 62 tackles and led the Coyotes with five interceptions – one of them a pick-six. The junior safety is a dynamic playmaker and the leader of the secondary on a Yotes’ defense that posted one shutout and allowed only eight points-per-game in the team’s seven wins a year ago. Like teammates McLaws and Goodman-Schweikart, Quirarte earned All-Division and All-Section recognition in 2014 and is another experienced starter who returns to a unit that’s anxious to prove defense wins championships.

Three-year varsity starter Goodman-Schweikart finished third on the team in both tackles (81) and tackles-for-loss (12) in 2014. Additionally, he was tied for second on the team with four sacks. He is one of five of the Yotes’ top-six tacklers from a year ago who return this season. Goodman-Schweikart could benefit the most from Hart’s plans for fellow defensive standout Coda McLaws, which will likely create more holes to fill for the All-Division and All-Section linebacker. In addition to receiving defensive honors after last season, Goodman-Schweikart also earned recognition as a long-snapper. But make no mistake, the senior linebacker will make his biggest contributions in 2015 on a very deep and experienced Yotes’ defense.