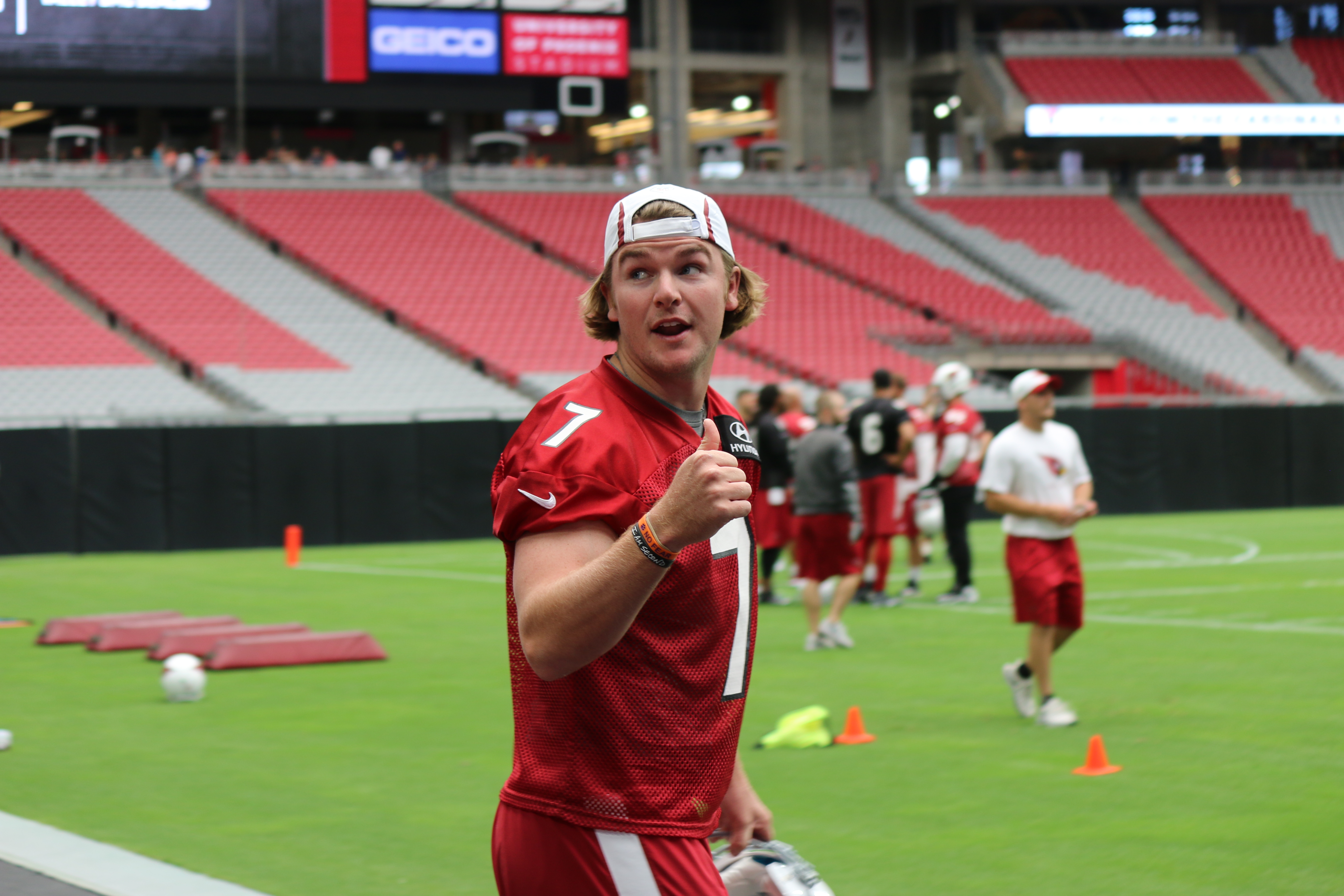 Consistency from the kicker position cannot be overstated in the NFL.

Arizona Cardinals kicker Chandler Catanzaro showed the Red Sea exactly that in his rookie season, hitting his first 16 field goal attempts in his rookie in 2014.  The one they call “Cat-man” finished his rookie campaign going 29/33 and became a reliable option to add points for the offense.

It’s hard to think this time last year, Catanzaro was an unproven rookie looking to make the cut.

“This whole year has been a whirlwind, looking back at last year where I was stressing out everyday, not knowing what I was going to be doing with my life, and if this was going to be it,” Catanzaro said.

Catanzaro nested himself nicely as the team’s kicker in 2014. This year, the second-year player out of Clemson wants perfection between the uprights and to help pin the Cardinals’ opponents deep within their own territory.

“My kickoffs got better as the year went on, and that’s where I have more potential stored.  I’m looking forward to banging some kickoffs and getting better at that to help the kickoff team,” Catanzaro said.

“They did an excellent job keeping us in the 20 (yard-line).”

Cat-man is wasting no time to achieve those goals.  He is using training camp to perfect his kicking motion and hit his swing keys every single time so those mechanics are engrained in him when the season rolls around, whether it be an extra point in the friendly (indoor) confines of University of Phoenix Stadium during Week 1 or a potential game winner in Philadelphia on a cold December 20th day a few months from now.

“I think the experience helps and getting in a game-like routine.  It’s a matter of sticking to my strict routine and with (special teams coordinator Amos Jones),” Catanzaro said.  “Nothing changes no matter where I am playing, no matter what the weather is”.