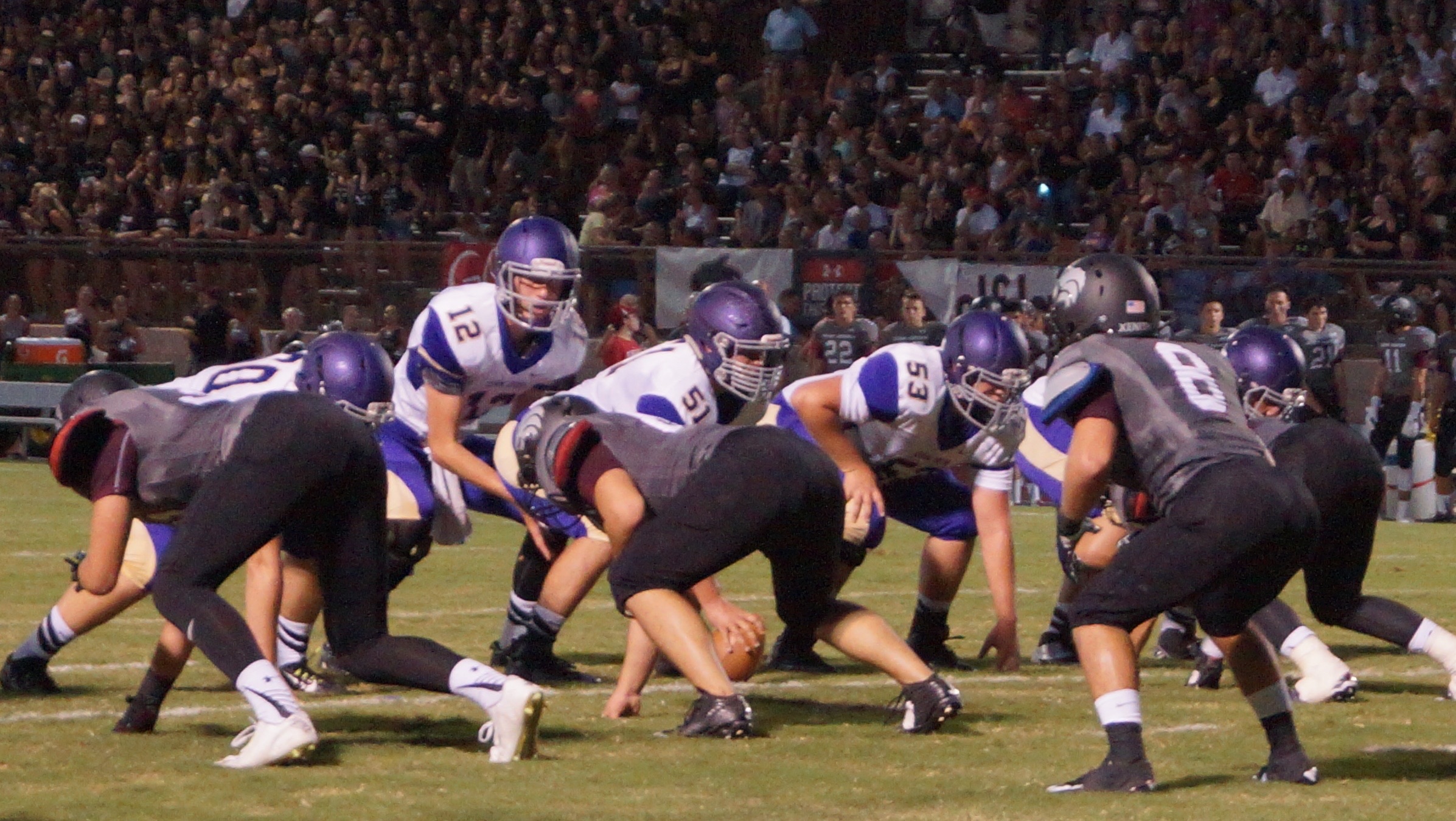 Queen Creek senior quarterback Tyler Bloom returned to action for the first time in a year on Friday night and helped propel the Bulldogs to a 20 – 14 overtime victory against Desert Mountain in the season opener for both teams.

Bloom, you may recall, suffered a season-ending ACL injury in week zero last season when he was then Higley’s starting quarterback.

During his year of rehab the senior signal caller never doubted he would return to the field, even after his second ACL injury.

“It’s been crazy,” Bloom told Sports360AZ.com after his victorious debut at Queen Creek. “I knew I was going to come back, I knew I wanted to play, and I knew it was going to take a lot of hard work.”

Bloom did more than just rehab his knee during the “down time,” as he called it. He worked with different coaches on X’s and O’s, striving to hone the mental part of the game.
“I really focused on working on my knees, strengthening them, and getting better as a quarterback,” he said. “I really took advantage of the down time that I had to better myself as a quarterback, as a player, and just knowing the game.”

After spending his high school career leading an offense that prioritizes the pass, Bloom was forced to learn an almost completely opposite style of offense once he transferred to Queen Creek in May.

He only had three months to learn the Bulldogs’ power-rushing offense, including where the players lineup, making the correct reads, different passing routes, and where to throw the ball. Taking a snap under center was likely a little foreign to him as well after so much time in the shotgun previously.

“It was different – a lot different,” Bloom admitted. “It took a lot of hard work, coming from a whole different offense to another scheme, but I worked hard and I really like the offense we run at Queen Creek.”

Bloom’s performance was a little up and down on Friday night. He finished six of 19 for 105 yards and a touchdown pass – a 40-yard strike to junior Ian Woods that put the Bulldogs up 7 – 0 in the second quarter.

Ironically, Bloom’s description of his first game at Queen Creek sounded similar to his own performance Friday night as well as his year-long rehab.

“It was a roller coaster of a game,” he said. “Our team never gave up, we always had the heart, and we knew we had the drive.”

And now, both the Bulldogs and their new quarterback have the results they wanted.