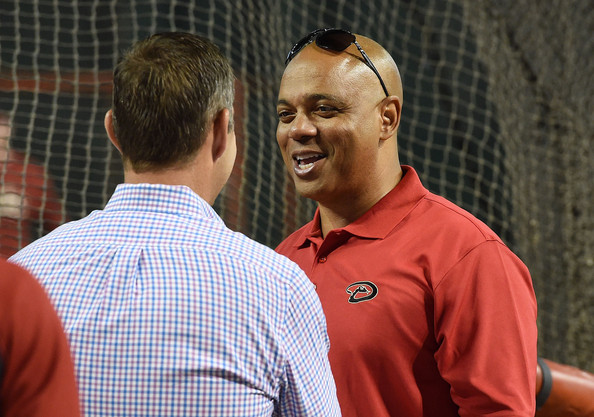 You never get a second chance to make a first impression.

No one needs to remind Arizona Diamondbacks Senior Vice President of Baseball Operations De Jon Watson who, in some ways, capitalized on a second opportunity to join the organization. The 30-year MLB front office member interviewed for the general manager position in 2010 which eventually went to Kevin Towers. Although he was passed over for the more seasoned Towers he left a lasting impression with team President Derrick Hall.

So when another high-ranking position became available last September Watson, who spent the previous eight seasons with the Los Angeles Dodgers, was a natural fit.

“It’s been a great experience,” Watson told Sports360AZ.com in a recent phone interview. “The way Tony [La Russa] presented the whole opportunity, this was something that was new.”

Watson has worn several different executive hats in baseball so transitioning to his role in Arizona was fairly seamless. Although never wearing a general manager title he has handled many different positions and in some ways has helped mentor rookie general manager Dave Stewart.

“As far as the job responsibilities, Stew and I cross over in some of the areas,” Watson explained. “Our communication has been great.”

He’s relied on the savvy, Hall-of-Famer La Russa for advice and mentoring throughout his young stay in the desert. Watson’s ultimate goal with the D-backs is to “grow and evolve” in his current leadership position.

The early results have been positive.

One objective has been to expand the club’s focus in the international market. Watson’s first big splash was signing Cuban free-agent slugger Yasmany Tomas who is second on the team in hitting (.313) and has displayed surprisingly athleticism defensively as a rookie.

He believes the best is yet to come.

“I think we’re in a good place,” he said. “We’re playing competitive baseball every single night.”