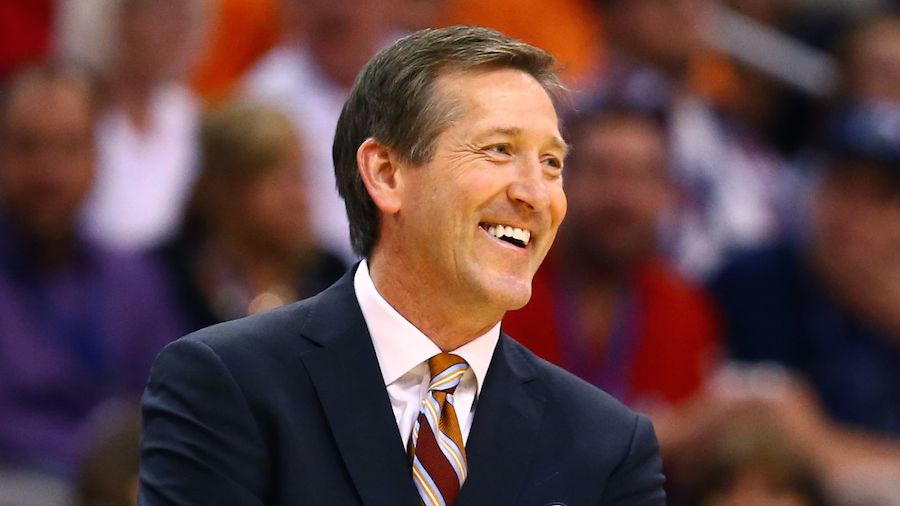 With the NBA Summer League in full swing, NBA players, coaches, league reps and media members stepped away from the basketball court Wednesday night and took to the tables in a ping-pong tournament.  The event was hosted by Houston Rockets general manager and table tennis connoisseur Daryl Morey and benefitted St. Jude’s Children’s Research Hospital.

“I wanted that (matchup). I saw that we were in the same bracket and vowed to win my first-round matchup because if I was gonna get rolled, I wanted to get rolled by a legend. I was lucky to draw an easy opening match-up,” Rosenthal told Sports360AZ.com via email.

The mental warfare commenced almost instantly: Hornacek warmed up with his left hand, Rosenthal was rattled, and the Suns head coach took the first match with ease.

“He definitely did it to get in my head during warmups,” Rosenthal said.

The SB Nation wordsmith did his best to counter in the cerebral chess match, giving a cheek-touch before a serve, a staple of the Jeff Hornacek free throw.  Though, the blow did not land, as it seemed Hornacek did not notice.

Hornacek took both games with ease, and Rosenthal said, like his time on the court, the Phoenix Suns coach was “very calm, very cool, and very polite” while dismantling the SB Nation writer.

In Rosenthal’s own account of the match, he said “Hornacek possesses the hand-eye coordination of one of the greatest shooters in human history, and he utilized some tiny percentage of it to crush me.”

Hornacek was eventually knocked out by deputy commissioner Mark Tatum.

“I didn’t get to see him play, but I watched him warm up for a while. He’s got a LONG reach, obviously. I was watching from behind a barrier but still had to back up to avoid getting smacked in the throat. He’s a solid player — moves around a lot, takes kinda wild swings. Lots of smashes, and a pretty gnarly serve. Just kinda wild and not much of a returner. I didn’t see any shimmies, unfortunately.”

Both Hornacek and RHJ are back to business as round 2 of the Summer League tournament continues Thursday.

Nice work by Sun Devils Clean Up Penalties in Bounce-Back Win Over Colorado(plus a photo gallery) - https://t.co/TZmZbA3LVE via @sports360az
View on Twitter
2
2