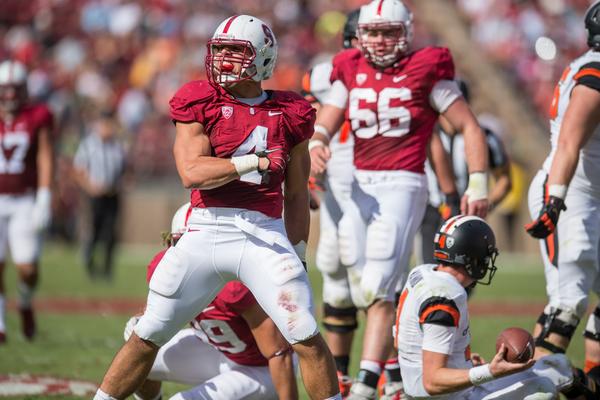 Since leaving Canyon del Oro in Oro Valley outside of Tucson, Blake Martinez has done nothing but impress.

At Stanford he has become one of the top performers on the Cardinal defense and is coming off a 2014 campaign where he was named All-Pac-12 Honorable Mention, All Pac-12 Third Team by Phil Steele and recorded a team high 102 tackles.

“It’s been great,” Martinez said of Stanford on the Brad Cesmat Show from Pac-12 Football Media Days on Thursday. “From the Academics to the athletics and just learning a lot of things. I know coming into Stanford I never thought I was going to be able to take the academics portion but as I’ve gone through it, I’ve gotten so much better with time management and I see myself growing.”

Being a Tucson kid, the idea of Stanford at the next level was never really on Martinez’s radar. In fact, he had no idea what state the school resided in before he started getting recruited by them to play football.

“At first I didn’t know much about Stanford, I thought it was an east coast school,” he explained. “I was oblivious and didn’t think a lot of it, didn’t think I was going to be able to make it in. I had good grades in high school obviously but I was just like if that happens, it happens.”

However, behind the success that former coach Jim Harbaugh and now current head coach David Shaw has had with the program, Martinez caught on really quick and it became a huge motivating factor when it came to both athletics and academics.

When the recruiting really got started for Martinez, the University of Arizona came into the picture and being around the campus for so long, there was more familiarity there with that program than any other.

“At first it was tough because when I was young, I went to every single game and knew all of the players, knew that whole scene,” Martinez mentioned. “But it was funny. My parents, once I had all of my offers lined up and everything, said to me ‘alright if you don’t choose Stanford, we’re never going to talk to you again.’ And I was like ‘alright Mom and Dad I kind of want you to talk to me still so I’ll go!'”

“It ultimately came down to Stanford and Oregon and I went to both of their camps and had to showcase my abilities to see if they even would offer me,” he recalled. “After both camps were done, I got scholarships from both and being a high school student I was like ‘Oh Oregon! That’s everything a high school player wants. It’s Disneyland for football there.’ But everyone told me that the next four years was going to set up the next 40 and I took a step back and thought that I can’t pass up this opportunity.”

David Shaw has become one of the most respected coaches, not just in the Pac-12 but in the country. Martinez has found how there is a direct correlation from how much he has grown as a player to the lessons he has learned from his head coach.

“He’s taught me a lot on and off the field,” stated Martinez. “How to present myself in everyday life, to come into a class and be the student who will become a best friend of that teacher and on the field teaching me the fundamentals of every single portion of the game even if it’s on offense. Just knowing the game of football so it can help me later on in my career.

“Leaving high school I told myself I wanted to go somewhere where I could be at the top and be the best player I could be and throughout this whole time, it’s upheld that,” he mentioned.

Martinez mentioned that he was worried if he will be able to be successful academically at Stanford before he got there but now has it under control. He is majoring in Management science and engineering and has a vision of changing things when it comes to food consumption in our culture.

“I am really into nutrition,” said Martinez. “Right now I am just learning the aspects of starting my own business and I want to eventually do something that cuts down fast food chains tremendously.”

“I am doing research with certain doctors and seeing how I could get this done,” he added. “I think the main excuse with people and fast food is that it’s cheap. For two dollars you could get a whole meal. I know I am not going to be able to get it down to two dollars for healthy food, but as close as I can get it to where people believe it is doable for them now.”

He and his Stanford Cardinal kick off their year at Northwestern on Saturday, September fifth. 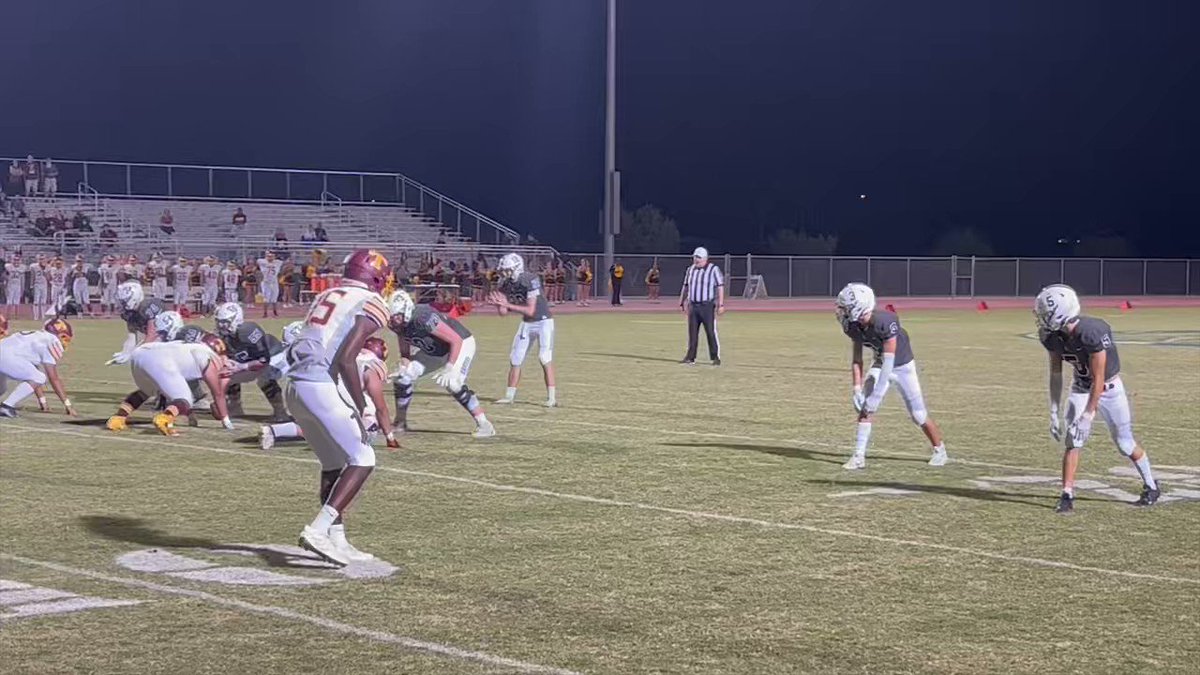 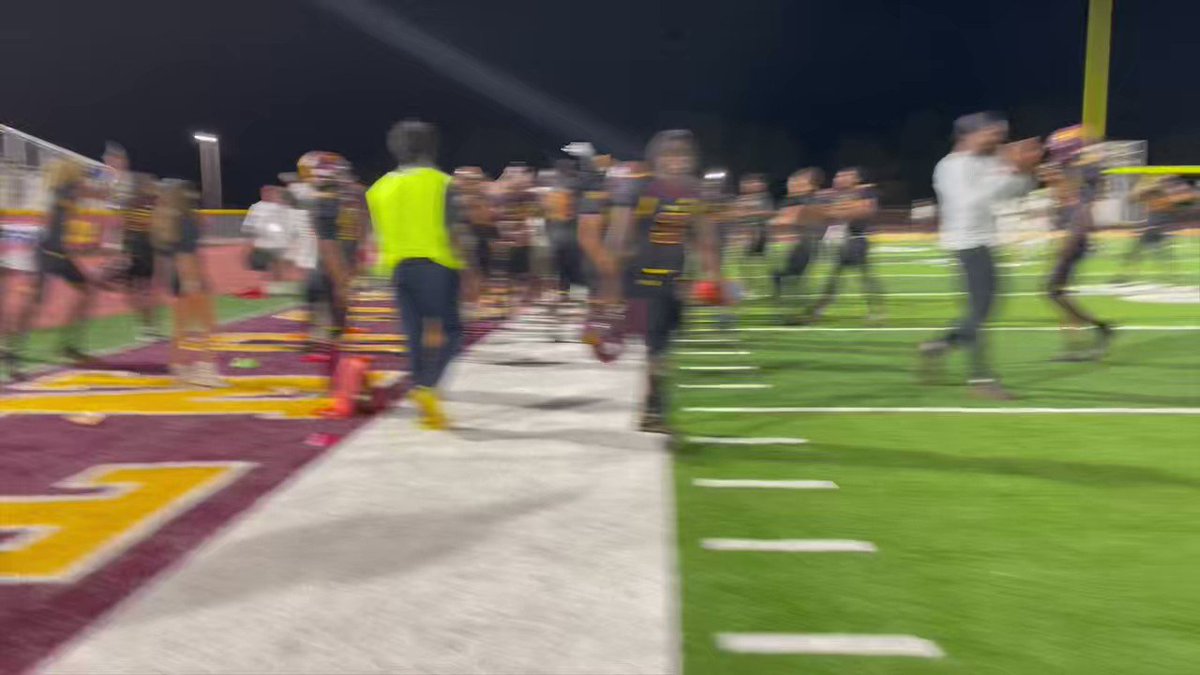 Claudia Collins Retweeted · Eliav Gabay
@eliavgabay
FANS IN THE STANDS:
@alaqcfootball & @alaGNathletics faced off in a rivalry showdown in front of a sold out crowd, so we dove into the student sections for #FridayNight360 insanity 😅 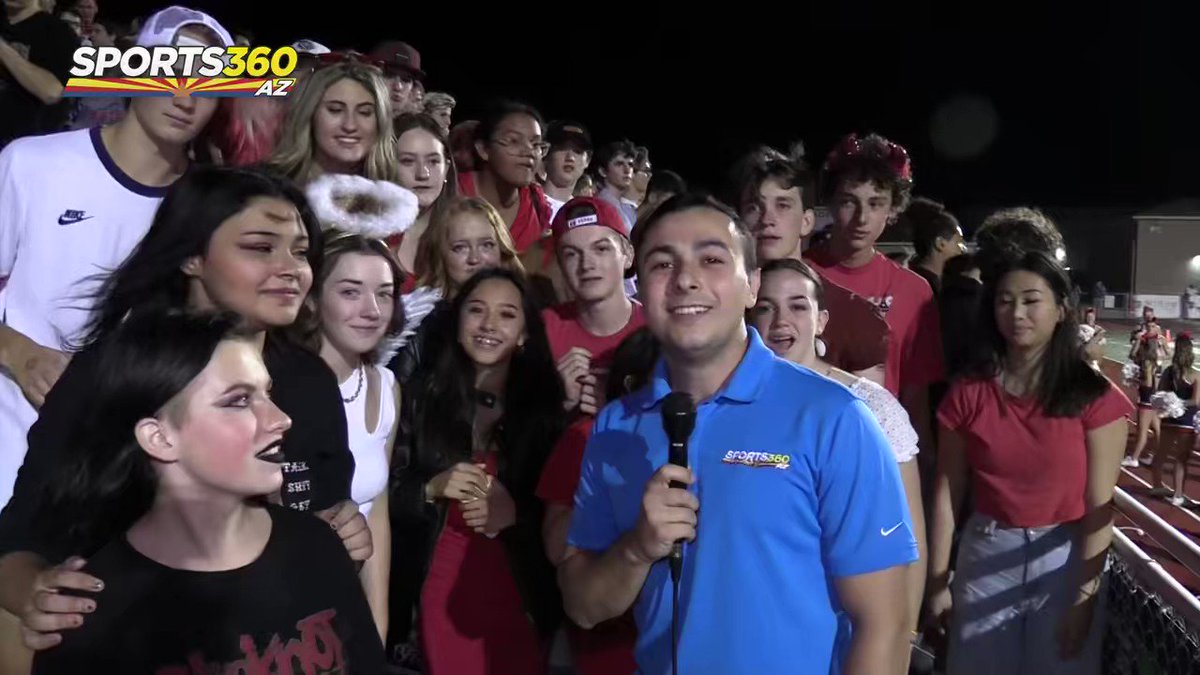 Devon Henry Retweeted · Eliav Gabay
@eliavgabay
FANS IN THE STANDS:
@alaqcfootball & @alaGNathletics faced off in a rivalry showdown in front of a sold out crowd, so we dove into the student sections for #FridayNight360 insanity 😅

Jordan Spurgeon Retweeted · Eliav Gabay
@eliavgabay
FANS IN THE STANDS:
@alaqcfootball & @alaGNathletics faced off in a rivalry showdown in front of a sold out crowd, so we dove into the student sections for #FridayNight360 insanity 😅

Brad Cesmat Retweeted · Eliav Gabay
@eliavgabay
FANS IN THE STANDS:
@alaqcfootball & @alaGNathletics faced off in a rivalry showdown in front of a sold out crowd, so we dove into the student sections for #FridayNight360 insanity 😅

Sports360AZ Retweeted · Eliav Gabay
@eliavgabay
FANS IN THE STANDS:
@alaqcfootball & @alaGNathletics faced off in a rivalry showdown in front of a sold out crowd, so we dove into the student sections for #FridayNight360 insanity 😅

Eliav Gabay Retweeted · Eliav Gabay
@eliavgabay
FANS IN THE STANDS:
@alaqcfootball & @alaGNathletics faced off in a rivalry showdown in front of a sold out crowd, so we dove into the student sections for #FridayNight360 insanity 😅