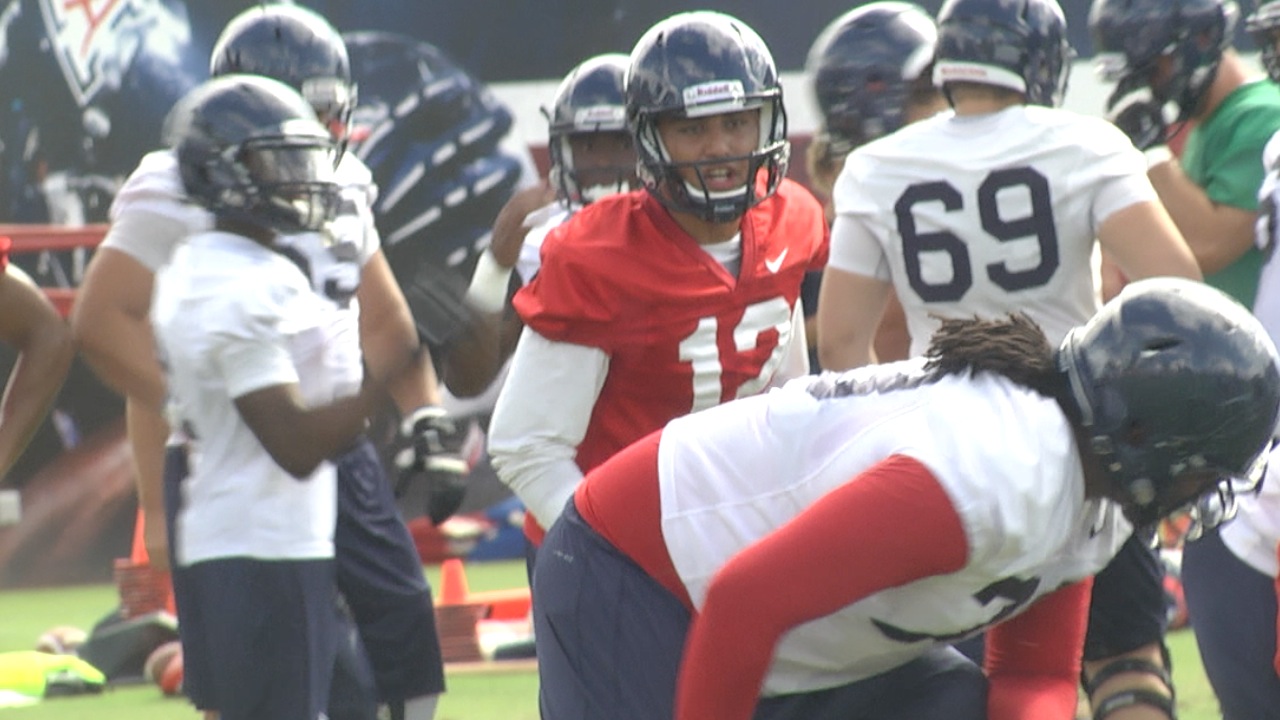 Being the head football coach of a promising Pac-12 program Rich Rodriguez is rarely satisfied.

The encore presentation will follow just under 3,800 passing yards and 28 touchdowns, becoming the first freshman quarterback to ever start in program history.

“He had a pretty phenomenal year,” Rodriguez explained to Sports360AZ.com in a recent phone interview. “One of the best years ever in the history of our school.”

So what’s the biggest thing Solomon took away from his baptism-by-fire to big-time college football in 2014?

“More confidence,” the 6’2, 205-pounder told the assembled media after the Wildcats spring game in April. “Because of the experience of that one season.”

He believes one area where he needs to improve is the mental aspect and “game management” in recognizing certain situations and adapting on the fly. He believes it will come with more game experience and repetition. Rodriguez was critical of Solomon after the ‘Cats loss to Boise State in the Fiesta Bowl.

Since the setback Rodriguez believes the soft-spoken quarterback has done the right things to help him grow both on and off the field heading into UA’s season opener against UT-San Antonio on Thursday, September 3rd at Arizona Stadium.

“He got better in the off-season by getting bigger, stronger, and faster,” Rodriguez told Sports360AZ.com. “He did a great job in the weight room with our strength coaches. I think he’s more comfortable with the offense. Because of his experience and because of what he did last year he feels more comfortable taking charge of when he has to when the coaches aren’t around…I think he’ll continue to get better as his career goes on.”

Solomon will have the luxury of his top skill players returning, including wide receiver Kayleb Jones and running back Nick Wilson.

“I’m surrounded with talent all around me,” he said.

Both Solomon and Wilson were named to the Maxwell Football Player of the Year watch list on Tuesday. 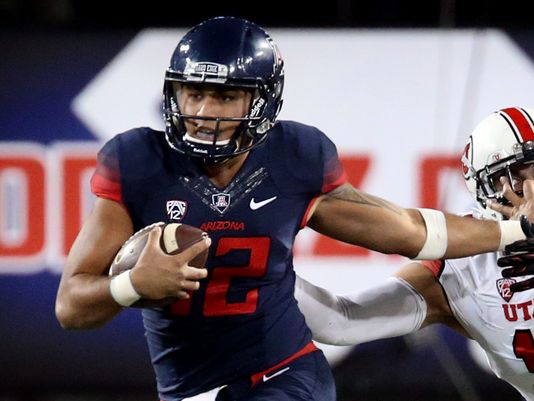 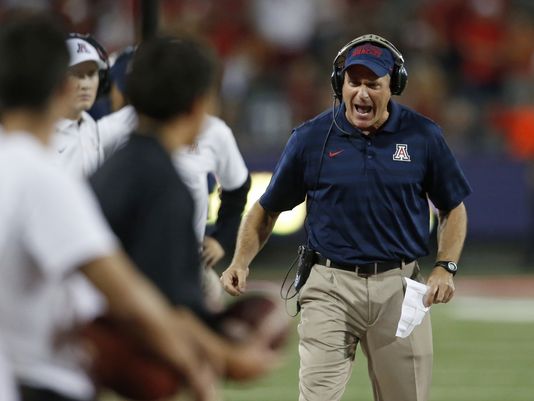