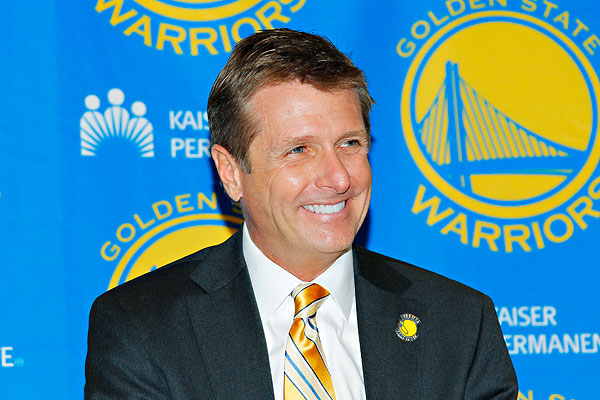 You haven’t had to look real hard to find Arizona-based storylines around the Cavs-Warriors NBA Finals matchup.

There’s Luke Walton coaching from the Golden State bench and Shawn Marion mostly sitting on the Cavs’ one as ‘The Matrix’ looks for his second NBA title in the final season of his NBA career.

High up in the offices of Oracle Arena in Oakland former Phoenix Suns President and COO Rick Welts is hoping for a different result. His vision of Bay Area basketball success broke through in 2014-15 as the Warriors rolled through a 67-15 regular season, securing the top seed in the Western Conference.

The @Warriors are #NBAFinals bound! Incredibly proud of this team & organization. Another chapter in this amazing story! #StrengthInNumbers

“It’s been a long wait here, 40 years,” Welts told Sports360AZ.com’s Brad Cesmat in a phone interview Thursday morning. “It’s a remarkable group of talented athletes but also I think people sense the character on this team. If Steph Curry is the MVP for what he does on the court, he could probably win a prize or two for the kind of human being, father, husband and son he is, as well…it really attracts people to this Warriors team.”

Golden State’s success was never hard to envision for Welts when he left his position in Phoenix after nine years and re-located to northern California in September of 2011. It never hurts to have some former Suns’ employees with him, either.

“There’s a lot of Phoenix connections,” he told Cesmat. “A lot of success here has grown out of people’s experience with the Suns.”

Now Welts and the rest of us will sit back and enjoy what it expected to be an entertaining series featuring two teams with marquee names but contrasting styles.

“This is the matchup I think most sports fans, most NBA fans were hoping for,” Welts explained. “It’s a great storyline of two cities who have not had a lot of success with their sports franchises over the last many, many years.”

Destiny will change one of their fortunes in the next couple weeks.