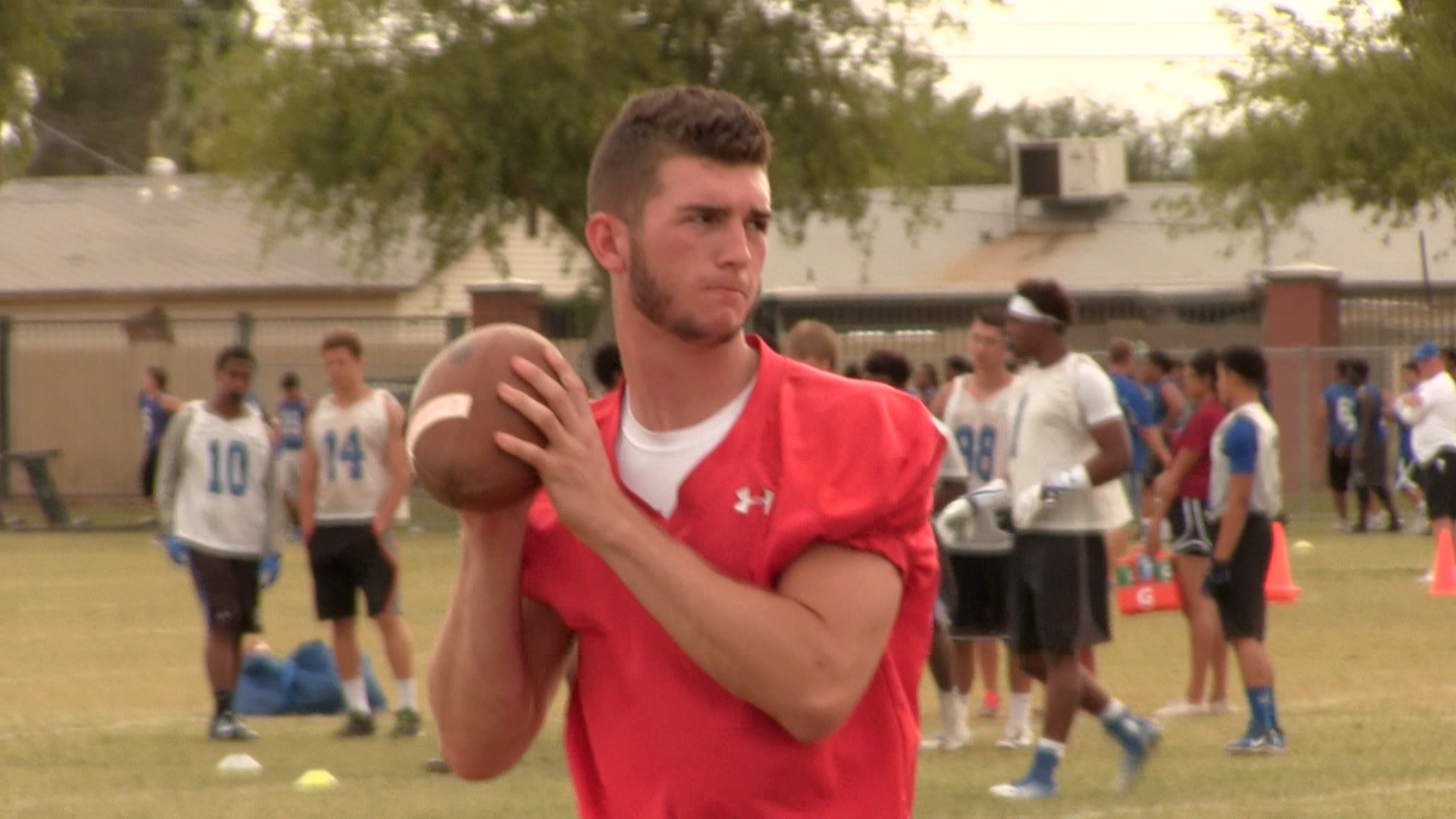 Mason Moran has spent the last two seasons as the back-up quarterback for Chandler and has made a name for himself being an all-state safety on defense. Because of his ability on both sides of the ball, the athlete tag has been used throughout his recruitment.

That was until Oregon State came along.

Less than a month ago, the Beavers offered Moran strictly as a quarterback. He had said constantly over the last couple of seasons that he had fallen in love with the safety spot and would play anywhere he had the opportunity, but clearly, the opportunity to be a signal caller at the next level is a dream come true and it did not take long for him to commit.

It has been such a blessing and I am excited to say that I have committed to Oregon State University!!??? pic.twitter.com/Xz7JsY3wcj

Last month Sports360AZ caught up with Moran about his recruitment and had this to say about how the Oregon State offer changed things.

“Recently it has been all athlete offers up until when I talked to Oregon State,” he said Moran. “Oregon State was a strictly QB offer which was my first just strictly QB.”

In this process, he has got to know the new Beavers offensive coordinator Dave Baldwin who Moran said he researched after being offered by the Beavers and learned of the job he has done developing quarterbacks and preparing them for the next level.

“I actually talked with Coach Baldwin last night and he puts guys into the league,” he stated back in May. “He put Garett Grayson into the league, he put (Brian) Hoyer into the league with the Browns. So I looked him up on the internet and he’s got a really good reputation and his resume is really impressive. So I like that a lot and getting an offer from them was amazing.”

Last week, Moran went up to Corvallis for an unofficial visit to get to know the whole staff better.

Moran technically has not started a game at quarterback at Chandler but has had plenty of reps over the last couple of seasons playing behind Bryce Perkins who is now at Arizona State. His story is a great one as he was named unanimous captain for Chandler last season, the only Junior to even be named one.

He also has had to deal with a health issue his whole life. Moran suffers from what is called a low IgG. There is not a classified name for the disease but the battle he faces is the fact that he does not have enough white blood cells to fight off infection. It is something now that Moran says he forgets he even has based on how he and his family have learned to manage it.

The Wolves expect to be one of the top contenders in Division I again as they look to repeat as state champions for Moran’s senior season.