If seeing is believing, then that is all it has taken for college programs to crazy over North Canyon offensive tackle Austin Jackson this spring.

The big 6-5, 255 junior t0-be had no college offers when the month of March began. Now just a few months later, he has eleven offers from some of the best programs in the country. The offers consist of Arizona, Arizona State, Auburn, Boston College, Louisville, Michigan, Oregon, Texas A&M, Utah, Washington and Washington State.

For Jackson, there is one easy word to describe how the last few months have been.

“Crazy,” Jackson told Sports360AZ.com. “That’s just the one word to describe it. I wasn’t really expecting any of these offers to come so soon, especially with the success we had on the field which wasn’t much. And I just feel very blessed to be recognized.”

The lack of success Jackson makes note of is from during his sophomore season in which the North Canyon Rattlers were winless on the year in division I. Jackson as one of the youngest members of the team last year player a huge rule playing in all three phases as an offensive lineman, tight end catching some passes and as a defensive end on the other side of the ball. As he eludes to, despite the lack of the team success from a season ago, his ability and play on the field is still being noticed.

“We come out and we fight as hard as we can against these other schools,” he added.

Spring evaluation period allowed the opportunity for Jackson along with his teammate John Okwoli to be seen in person. Jackson mentioned what those coaches whom have come out have noticed from him in addition to what they have seen on film.

“Aggression, quick feet,” Jackson explained. “That’s what they like the most. I get around, I played basketball a lot before I started playing football so getting around on the field just came naturally to me.”

Jackson suits up for the Rattlers basketball team as well. He notes the specifics of playing on the court that have aided to him having success on the gridiron.

“Just moving in the trenches basically,” Jackson said. “Moving down in the post, working on moves, feeling pressure coming off your left and right just helps out a lot.”

As mentioned, Jackson is a two-way player and while he is being seen as an elite prospect at offensive tackle, he is still going to be one of Arizona’s top defensive ends next season as well. While Jackson finds great satisfaction in accomplishing a pancake on one side and a sack on the other, he favors one over the other if he had to choose.

“Pancakes,” he said with a smile. “Pancakes for sure.” 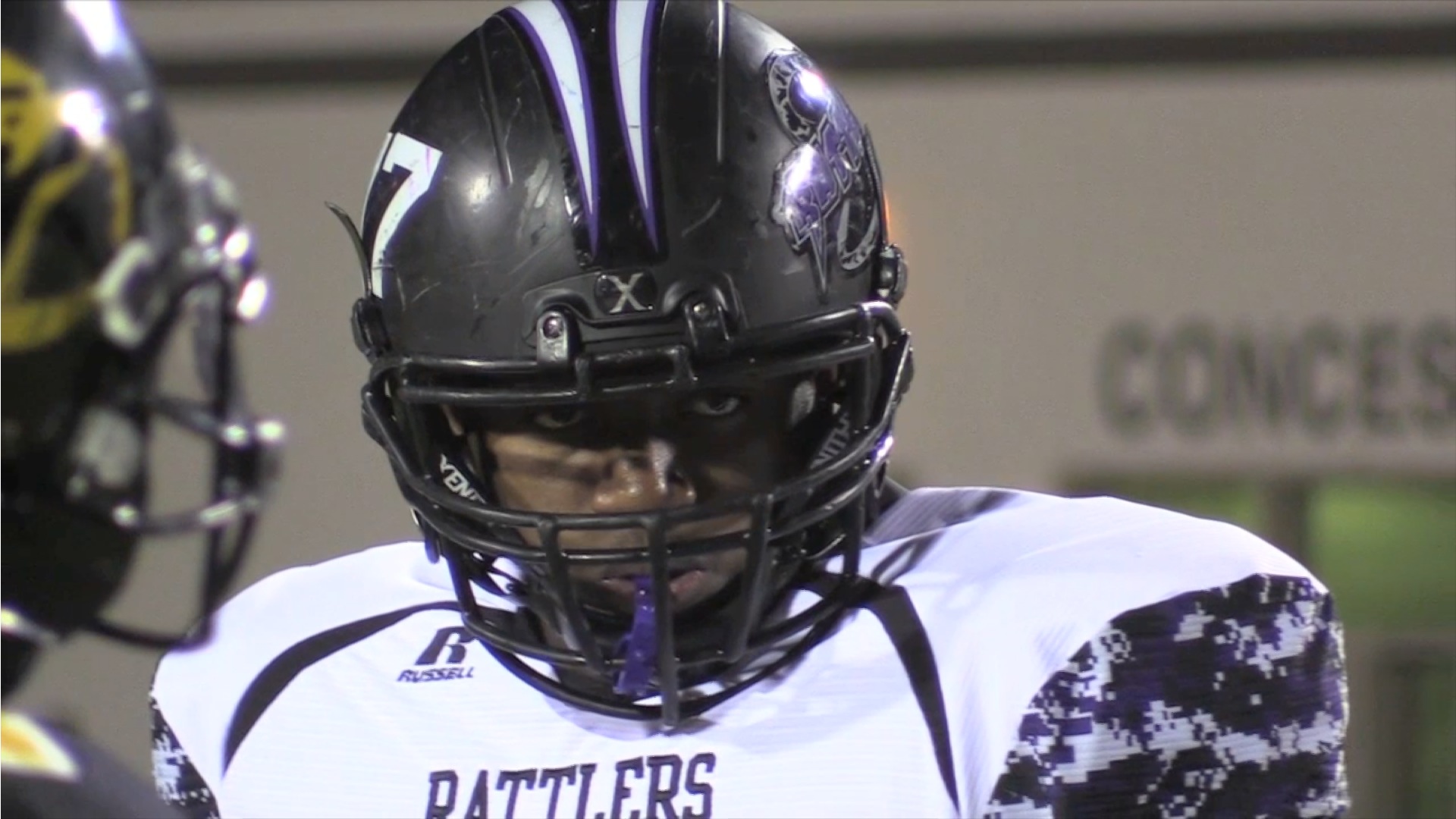 From Saguaro Spring Practice, Louisville Loves What They See in AZ