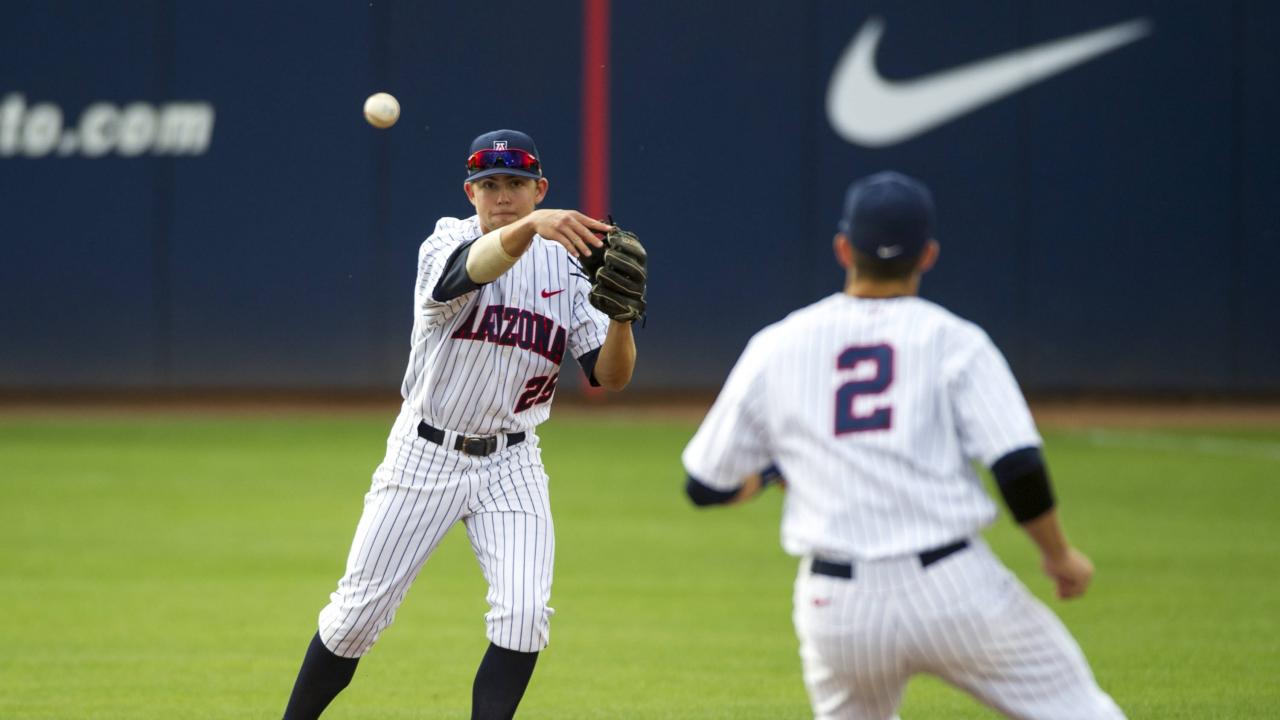 The University of Arizona and Arizona State University baseball programs are among the best in the nation. The top talent in the country comes to both institutions in hopes to make their way to Omaha and eventually the big leagues. The Sun Devils have produced over 100 major league players, and Arizona has produced the likes of J.T. Snow, Kenny Lofton, Terry Francona, and are consistently in the mix to make a deep postseason run.

In Baseball America’s 2015 Top 200 draft prospects, there are five players that played their collegiate ball in Tempe and Tucson. Here is where they rank and what scouts are saying about them:

Newman ranks third in the Pac-12 in batting average (.363), tied for second in runs scored (49), third in hits (78), and 1st in stolen bases (21). Newman also led the Cape Cod League in batting average, a first in league history.  ESPN’s Keith Law thinks Newman will continue to grow as a hitter and develop some power when he gets to the pros:

“At the plate, Newman sets up with a wide base, something a pro team likely would reduce shortly after he signs because it leaves him a bit off-balance and robs him of any chance to hit for power. He has great hand-eye coordination, though, and a strong two-strike approach, so I expect him to remain a high-contact hitter even as he faces better pitching in pro ball.”

“On defense, he’s steady and showed enough arm and lateral range that I see no reason he can’t remain at shortstop long-term, even if he’s just a solid average (grade 50) defender there.”

Kingery hits and hits a lot.  He leads the Pac-12 in batting average (.393), runs scored (52), hits (90), total bases (130).  Though there has been concerns about his size (listed at 5’11”, 175), Kingery has proven, and then some, he has some pop.  Kingery also has a very good glove as he led the conference with 182 defensive assists.  ESPN insider Eric Longenhagen says the Kingery’s resume, and a few slight mechanical changes can unlock substantial for the Wildcats second baseman.

“(He) has the quickest wrists of any hitter I’ve scouted in this draft outside of first-overall-pick candidate Brendan Rodgers.”
“He’s a future above-average defender in my eyes. Power-wise, Kingery gets about as much out of his frame as he can, altering the way he uses his lower half when the ball is mid-flight to add loft to his swing.”

Burr has a jam-packed resume: he is the Sun Devils’ all-time saves leader, pitched on Team USA, and has shown he can close out games in high pressure situations (which happened early and often for the Sun Devils).  The highest-rated of the Devils’ trio of junior arms, scouts love Burr’s size and plus velocity.  He is currently tied for first in the Pac-12 in saves and ranks seventh in the conference in strikeouts despite being a reliever. Burr’s control has been a question mark for scouts in the past, though he has improved in that regard.  Last year, he walked 38 batters, while striking out  56.  This year, he has limited the free passes to 21 on the year so far while striking out 68.

“A no-doubt reliever, Burr will sit between 92 and 95 mph and pump in an above-average slider with remarkable consistency. He’s a sturdy, big-bodied kid with a deceptive delivery and is likely to move quickly after he signs.”

Here is what Burr can do.  Note: For full effect, add Burr’s walkup song,“God’s Going To Cut You Down” by Johnny Cash.  Burr is a dominant closer, top-notch tour guide, and a real showman.

Kellogg flat-out wins games.  In nearly three seasons, he sports a 27-5, and is well on his way to a third First Team All-Pac-12 selection.  Kellogg also gets up for the big games, winning nine games against top-15 teams in his career.  Kellogg won’t blow you away with his velocity, but he attacks the zone and has an arsenal of off-speed weapons ready to go.  The model of consistency, Kellogg throws strikes and has walked just 17 batters in each of his first two season.  This year? 17 walks.

Lilek battled injuries early in his ASU career, but has had a healthy junior season, and been very consistent for the Devils.  The only pitcher on the team who has a better ERA than Lilek is Burr, and batters are hitting just .217 against the lefty junior.  At 6-foot-4, 190 pounds, has a long delivery and can maneuver his way through the lower portion of the strike zone.

Longenhagen’s take on the lanky lefty:

“He shows various shapes of his breaking ball, ranging anywhere from 77 to 81 mph, and a low-80s changeup; his off-speed offerings look like they’ll be average or slightly better when the cement dries.”
“It’s a back-end starter profile with a workhorse, 6-foot-4, 200-plus-pound frame, though Lilek has had rashes of arm trouble since his freshman year.”

Between the five standouts, these rivals will be well-represented early in the draft on June 8th.

Arizona connections selected in the 2014 Draft 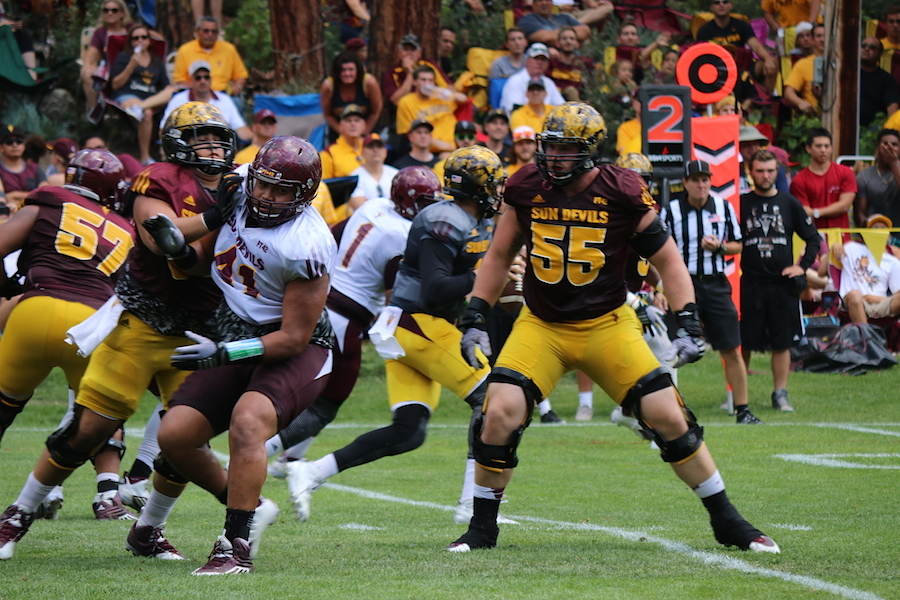 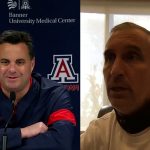