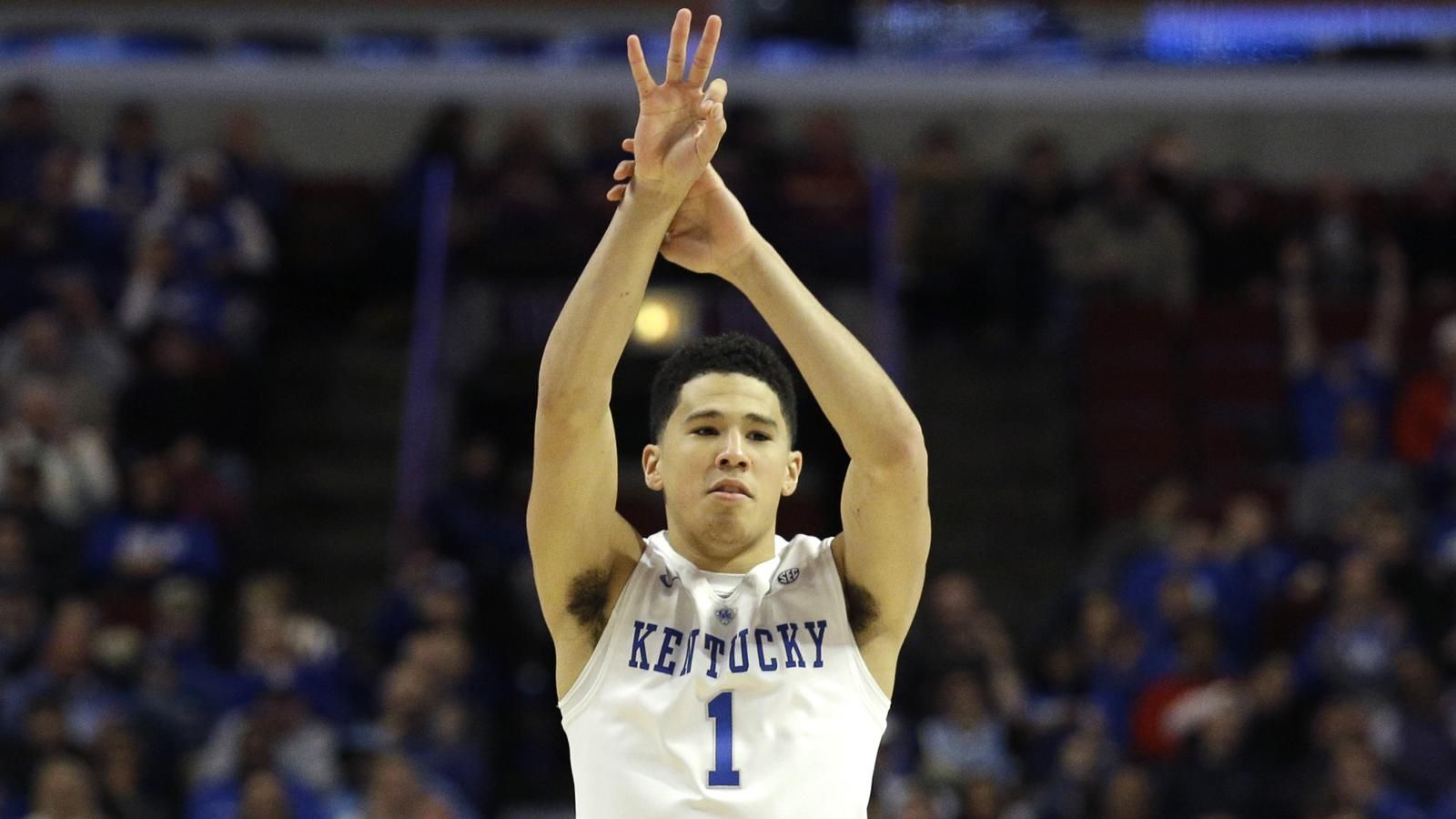 As expected, the Phoenix Suns did not get into the NBA Draft Lottery and will be selected 13th overall for the 2015 Draft. They are in that spot for the third time now since 2011. The first being in 2011 where they drafted Markieff Morris and then again in 2012 drafting Kendall Marshall.

While the Suns historically have selected some of their best players of all-time 13th or later, like Larry Nance (20th overall in 1981), Dan Majerle (14th overall in 1988) and Steve Nash (15th overall in 1996), the modern day draft sees selecting at this point in the draft almost as no-man’s land.

With this draft that will undoubtedly be the case as I really only see about at most five game changing prospects coming from the collegiate level with the addition of two international prospects that Scouts are high on. So that means drafting from eight or so through pick 20, you are basically hoping to draft a serviceable role player with the way this draft plays out.

So in an effort to try and predict who could be a good fit and where the Suns may look to go in the draft, here are some players that stand out that could be there at 13 that could fit what the Suns need as well as fit the trend of player that Ryan McDonough has drafted to this point.

What we know McDonough from what we have seen through two drafts, he loves the young projects and he loves Kentucky players (has added Eric Bledsoe, Brandon Knight and drafted Archie Goodwin since being named the GM). If you put that formula together, you get Devin Booker.

He is one of the youngest, if not the youngest players in the draft who standing 6-6 has good size for a shooting guard (Suns need) has the ability to shoot from the outside (Suns need) and really was one of the most underrated players on that Kentucky team that went all the way until the Final Four without losing a game. I have read where some Scouts compare him to Klay Thompson. That would might be far fetched but that is the exact type of player the Suns could use next to their point guards.

Kelly Oubre from Kansas is another young shooting guard that could be there at 13 that could also check off Suns need/McDonough likes. Oubre might be one of the most athletic and exciting players in the draft. I filmed him do this when he was in town with Findlay Prep playing against Pinnacle High School. Oubre grew up a lot over the course of last season, like Booker has solid size and the ability to shoot from the wing which is a position of need. I worry that once NBA Teams get him in their building for workouts, he will blow some teams away and maybe be gone by the time the Suns are on the clock.

During the NCAA Tournament, Sam Dekker from Wisconsin was the hot name with the performances he had against North Carolina and Arizona in route to the Final Four. Dekker might be one of the best shooters in the draft and you mix that with his 6-9, 220 pound frame, it makes him an intriguing prospect and someone who could be instant offense for the Suns. Being 6-9 I worry though about his ability to rebound and defend from the power forward and just be quick enough to defend from the small forward position. Dekker has more experience and is more ready than Booker and Oubre but a lower ceiling from my view.

Adding size next to Alex Len may be a route the Suns go as well and there looks to be a clump of Power Forwards and Centers who could all go between 10 and 20. Dekker’s teammate from Wisconsin Frank Kaminsky would be an interesting complement to Len as a player who is ready to make an impact right away and could provide some skill to go with Len’s power. Kentucky (score one for the McDonough formula) power forward Trey Lyles, like Kaminsky, provides some versatility with his ability to both rebound and defend down low but stretch things out and shoot from the outside. Louisville’s Montrez Harrell and Arkansas’ Bobby Portis are big men who could go in that stretch but are not as skilled offensively as the first two and pride themselves more as rebounders and defenders.

At this point you are probably thinking, why have you not mentioned point guards yet? Don’t you know McDonough will draft point guards even though he already has two or three on his roster? Yes that is the trend after selecting Archie Goodwin who is more of a combo and then Tyler Ennis last season before trading him to Milwaukee.

If you are the Suns, I really only see one point guard in this draft worth taking in the first round and that is Emmanual Mudiay who is from Congo and played in China last season. But he WILL NOT be there at 13. Jerion Grant from Notre Dame had a great season and run in the tournament and Cameron Payne from Missouri look like good point guard prospects for teams to select in the top 15 or so but not if you are the Suns.

Looking forward to the players the Suns bring in for workouts leading up to the NBA Draft which is on Thursday, June 26th at the Barclays Center in Brooklyn starting at 4pm Arizona time.