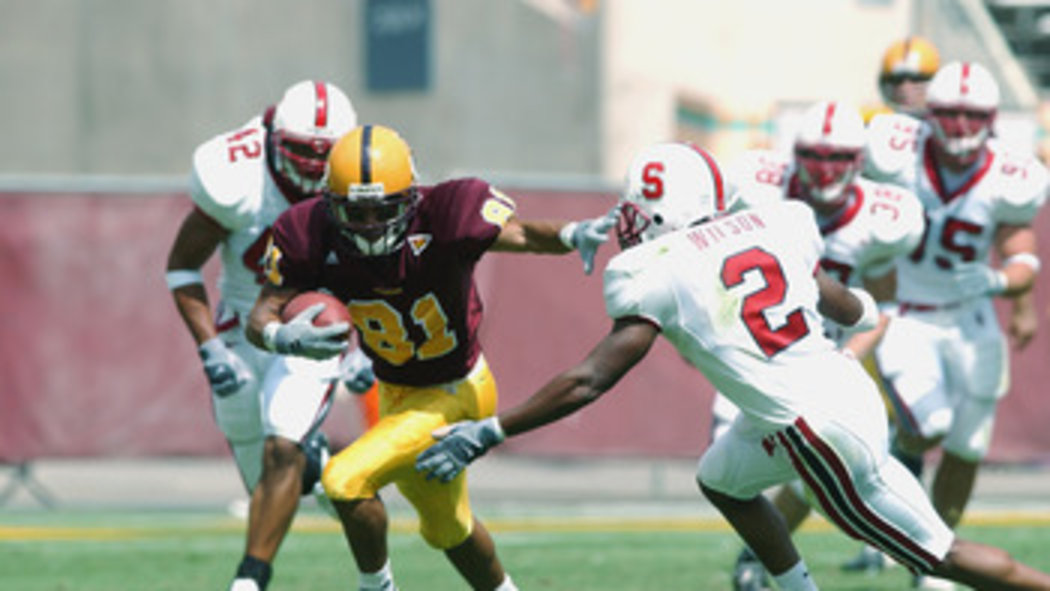 Shaun McDonald has made it to every level of football. The former wide receiver was a finalist for the Biletnikoff Award while at Arizona State and spent time with three different teams in the NFL. But despite his success at the college and professional levels, McDonald believes there is something truly unique about high school football.

“It’s really the last time you get to play with your friends,” McDonald told Sports360AZ.com in a recent interview. “It can be similar in college, where you have your friends by the end. But as a high school freshman, you’re playing with guys who you went to kindergarten with. It’s unique.”

McDonald played his high school ball at Shadow Mountain, where he was an All-American honorable mention by USA today and an All-State winner before his graduation in 1999. After starring at Arizona State and playing for several years in the NFL, McDonald is now back at Shadow, where he will begin his first season as the team’s offensive coordinator this fall. He could’ve coached at several schools with his NFL pedigree, but for McDonald, there was no choice to be made.

“It’s like my second family,” said McDonald of the Matadors. “I have my mom who went there, aunts, uncles, cousins. My cousin Mike Bibby (former University of Arizona and NBA standout) went there. Shadow Mountain is family for me.”

His return to the school began last spring, when he hosted a free football camp for kids at the high school. Only a few weeks later, SMHS head coach Gary Cook resigned. The team was without a leader for a time during the summer and McDonald offered to help in whatever ways he would. When the team hired current head coach Brock Farrel before the start of the 2014 season, McDonald was named wide receivers coach.

“I let them know I’d probably watched two high school games since I’d graduated,” McDonald said laughing. “I didn’t know if the scope of the high school game had completely changed or not.”

Although he may have been away from the high school game for a while, McDonald was still practicing offensive scheming. He remembers writing out plays by himself during team meetings in the NFL and afterword thinking about ways to beat the coverage with various formations. He believes that his year as a wide receivers coach has prepared him for the jump to offensive coordinator in August.

“I’ve actually learned a lot about other positions,” noted McDonald. “I definitely know about the passing game but I’m learning a lot about blocking schemes, the run game. Just the offensive as a whole.”

For McDonald, the primary reason for coaching is to try to pass along knowledge of the game. The kind of college and professional experience that he has isn’t always available for high school kids and McDonald hopes his experiences can be a unique learning tool for his players.

“I learned from a lot of great guys,” said McDonald. “Torry Holt, Isaac Bruce, Mike Martz, Bruce Arians. I want to pass some of that knowledge down.”

Those mentors are legendary NFL names and one might assume that there is a certain amount of cache that McDonald has with high school players thanks to his professional career. McDonald admits that while this is true in some cases, he still has to try to reach certain kids.

“It’s still teenagers,” said McDonald with a smile. “Some of them think they already know everything. You just got to be patient with them. I know I was the same way when I was their age. But a lot of the kids are listening.”

The team went 3-7 last season but McDonald believes that this season will be different. He named wide receiver Jake Welsheimer, quarterback Darion Spottsville, receiver and safety JJ Rhymes and linebacker Noah Palmenberg as talented players who will attempt to help Shadow Mountain to a turnaround season.

“Last year was a learning process,” said McDonald. “We got some wins and we took some beatings. But the kids played hard all year and I think that’s a good sign. I think this next year to be nothing like the last one.”

McDonald’s NFL career spanned from 2003-2009 spending time with the Rams, Lions and Steelers. He totaled 220 receptions for 2490 yards and 11 touchdowns. 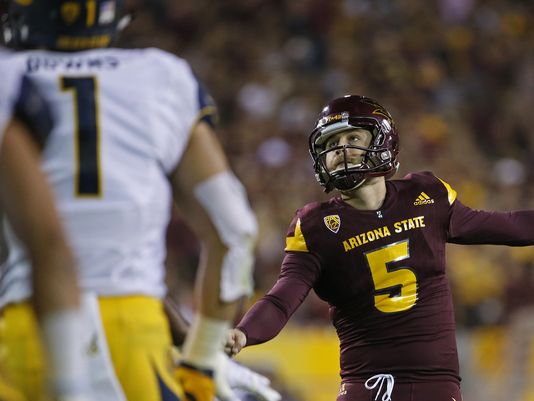 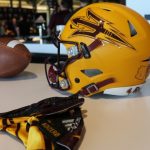