Krysten Muir has had quite the school year. The Marcos de Niza sophomore was on the varsity soccer team, junior varsity volleyball team, and the JV football team as the kicker.

After a busy first semester, Muir is now setting her sights on becoming a special teams star for the Padres’ varsity football squad.

“I just think that is fantastic. She is doing a great job,” Marcos de Niza head football coach Sean Morin said. “Her dad is actually a coach out here, so he is pointing her in the right direction. I think it is a real positive force we have going here.”

Krysten’s father, Jeremy, is the head coach of the Marcos de Niza freshman football team. Football was as much a part of her upbringing as learning to ride a bike or losing her first tooth. When Krysten was a young girl, one of Coach Muir’s team had a girl kicker on the roster.

The rest is history.

“Her dad is a defensive coach. He’s a great guy to have around and has a lot of charisma,” Morin said. “I think that charisma and that attitude coming out here helps her out.”

That mindset, and coming back stronger from an offseason injury, has made her be able to stretch the field.

“After soccer…I got tendinitis in both of my knees. I’ve been going to therapy for about two or three months now, and I’ve (gained) a lot of leg strength. So now I’m starting out at 35 yards instead of 20.”

The leg strength and accuracy are there. Muir knocked down field goal after field goal in spring practice, with plenty of leg to spare.

But this is spring ball.

There isn’t a crowd, save a parent or two, there isn’t a return team trying to knock down the kick, and the blocking unit is just a long snapper. Can the spring success translate to the under the Friday night lights when September rolls around?

“Now I can block things out of my head, and focus on what I need to do,” Muir said. “Instead of getting all of this pressure on me, I can just block it out.”

Over the remainder of spring and summer, Muir will work on her catching in hopes to become the team’s punter and continue strengthen her leg so she can kick off as well as handle field goal and extra point duty.  She will also attend Arizona State’s kicking camp in early June.

Muir Making Impact As Girl On The Gridiron, Volleyball Court 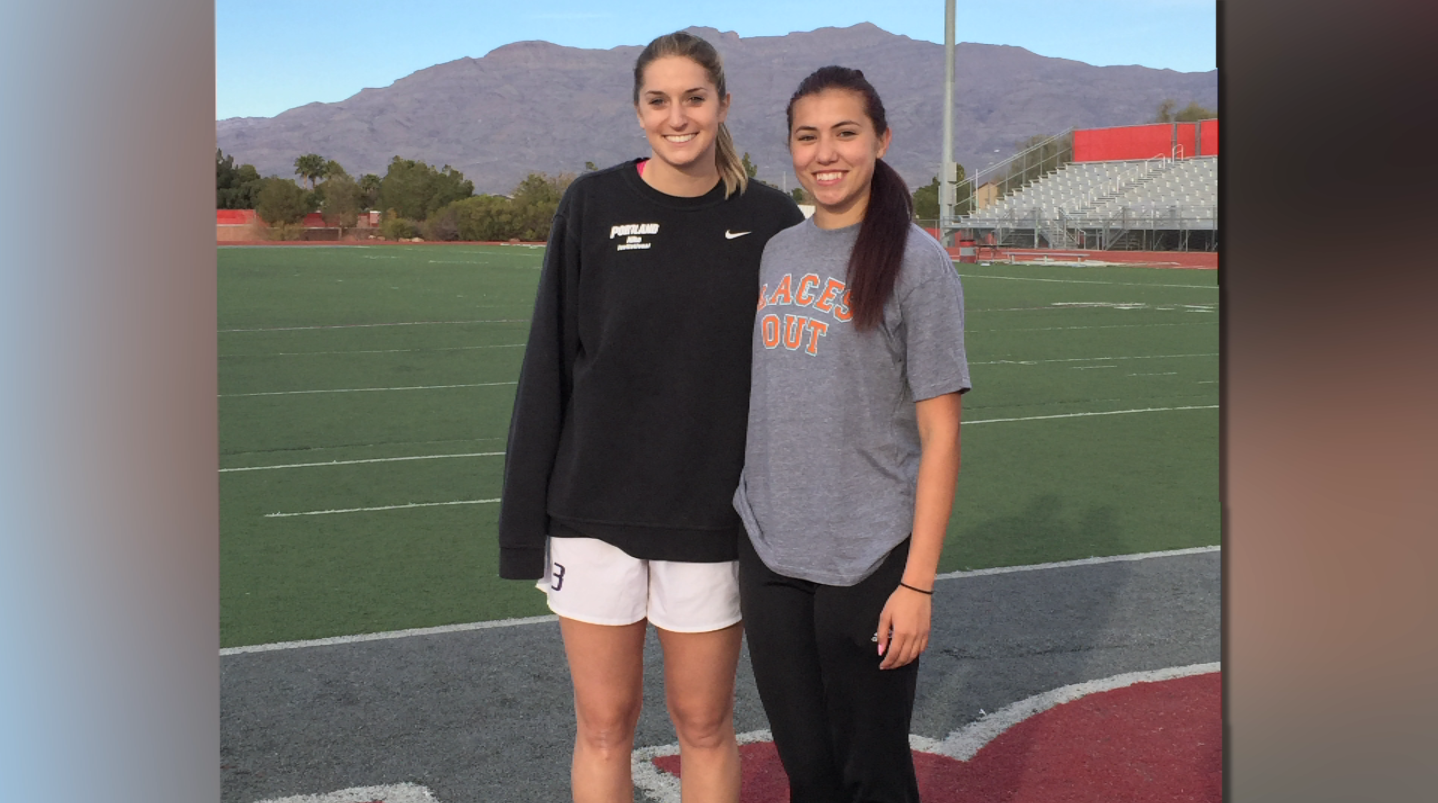