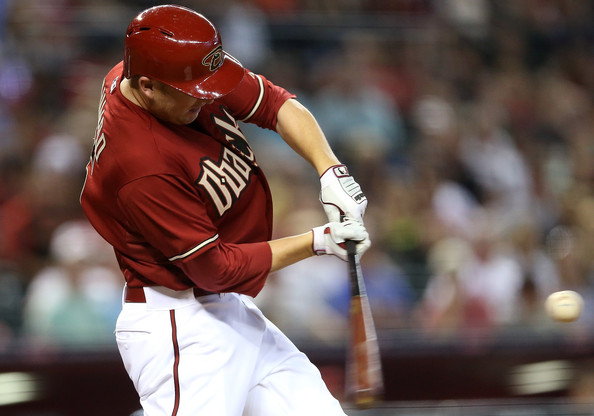 The power-hitting Trumbo has come alive since manager Chip Hale “just felt like switching [the lineup] around” while the Diamondbacks were in Denver and looking for an offensive spark.

The spark has turned into an inferno for Trumbo and the D-backs offense which has exploded for 29 runs in their last three games entering Friday after managing just four in a three-game sweep by the Dodgers last weekend.

Trumbo has seen his average climb over .300 (.304) since moving up to the #2 hole for the first time in his career. Tony La Russa applauses Hale for stirring the drink a bit early in the season with the team slumping at the plate and knowing there’s protection in the lineup behind Trumbo.

“Just do something different but do something that makes sense,” Arizona’s chief baseball officer told Sports360AZ.com in a phone interview Friday. “Anybody that hits in front of [Paul Goldschmidt] is going to be in a prime position…you don’t want to just throw the ball down the middle because Mark will hurt you but if you pitch him too carefully that puts a baserunner for Goldy.”

The Hall-of-Fame manager La Russa said an effective two-hitter puts “extra pressure” on the pitcher who has one more thing to worry about before pitching to the heart of the lineup. While loses a big bat behind Goldschmidt the spark Trumbo (two homers and a double in two games) has provided has helped pull Arizona to a game under .500 and within striking distance in the National League West.