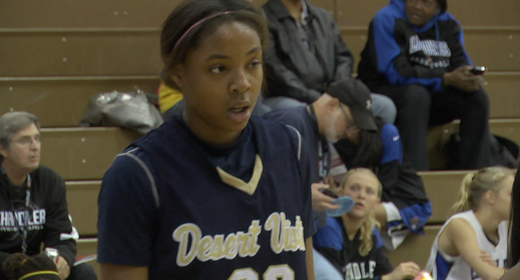 On Sunday, USA Basketball announced that Anigwe will be a member of the U19 Women’s team at the FIBA World Championships in Russia July 18th through the 26th.

That is just part of Anigwe’s world travel this summer. She has already made USA Basketball’s U18 women’s 3 on 3 team which will compete in Hungary starting on June 4th.

Anigwe was a member of the USA U17 team that took gold last summer in the Czeck Rebublic. She has just graduated from Desert Vista and will be suiting up for the California Golden Bears at the next level starting next fall.

in addition, former Pinnacle star and All-Pac12 performer at Oregon State Sydney Weiss was named to the USA team for the Women’s World Universtiy games.