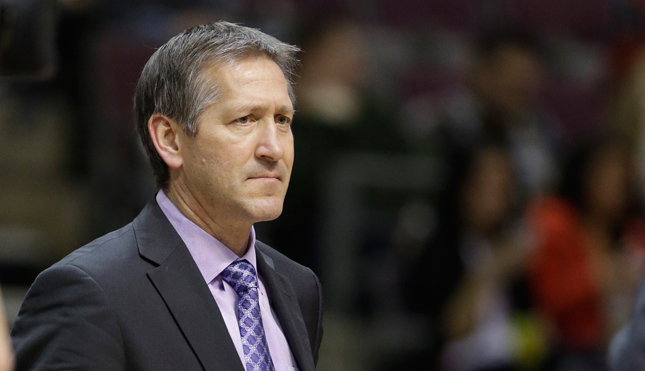 The notion of Tom Thibodeau being fired as head coach of the Chicago Bulls has long been a rumor after reports of the relationship between he and the Bulls front office was not a good one. With rumors of firing, comes rumors of who would take his place and many names have been thrown around over the last month or two.

On Thursday, the Bulls made it official that they have fired their coach and now as the process unfolds in Chicago for who will take over, it could impact the Suns.

No, Jeff Hornacek is not being considered for the job in Chicago. It almost never happens that a NBA coach under contract leaves a team for another who has an opening. That really doesn’t happen in any professional sport. But one person who has emerged as a candidate over the weeks is Fred Hoiberg, the current Iowa State Cyclone Head Basketball Coach who has had tremendous success over the last few seasons despite the disappointing early exit in the 2015 NCAA Tournament.

How this impacts the Suns is the fact that their head coach played his college ball at Iowa State and is a beloved alum. Hornacek’s story as a collegiate player with the Cyclones is a great one as he joined the team as a walk-on in the early 80s and ultimately helped lead the program to a Sweet 16 in 1986, giving Iowa State their first tournament win at the time since 1944. He finished his career with a Big-8 record of 665 career assists, which is still an Iowa State school record, and 1,313 career points.

The question is if Hornacek’s long term aspirations involve him being a college coach as opposed to a professional one. He without question has a college coach’s mentality as it has been well documented his desire to run tough practices and on the court, a non BS mentality. He has two years left on his deal with the Suns with an option after this upcoming season at $2 million per. That salary wouldn’t crack the top 20 of current NCAA Men’s Basketball Coaches salaries according to USA Today. Sean Miller down the road at the University of Arizona makes a reported $2.6 million per.

If Iowa State makes a great offer to their beloved alum, would it be hard for Hornacek to pass it up? The Suns already have an intriguing off-season in the works after a disappointing 2014-15 season. Even though it might be a long shot, this would definitely shake it up that much more.

Are you not entertained?