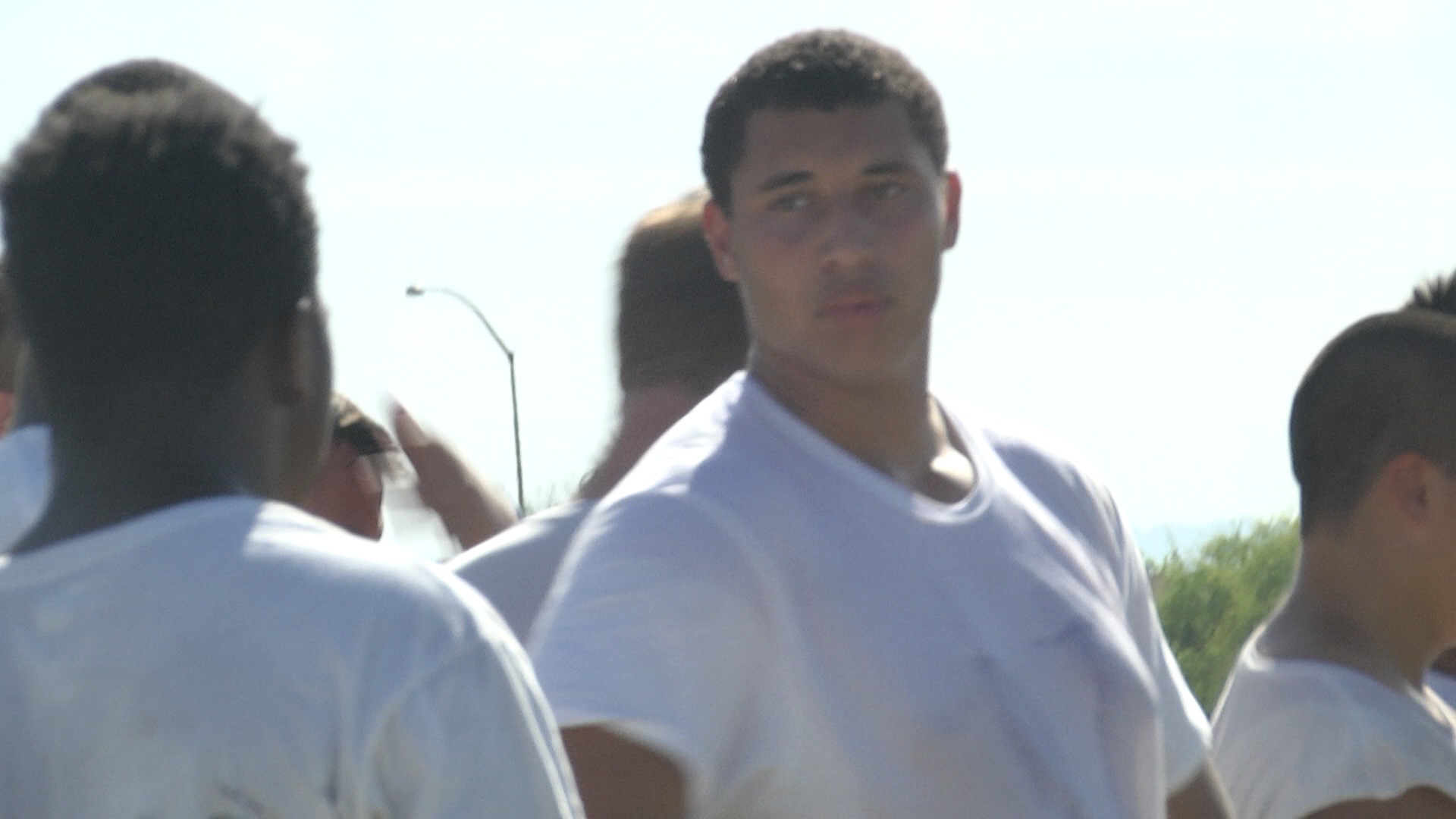 So I go out to Desert Ridge high school for their first week of spring practice and they looked so good, so physical and so lights out that my video camera literally went lights out. Here I am getting myself some b-roll of big D.J. Davidson and next thing I know, the camera went black. The real issue is still being determined and while the Jags didn’t literally break my camera, they were absolutely impressive.

Head Coach Jeremy Hathcock will have a different looking team in 2015 than what we have seen in years past. Yes they will be a team that prides themselves on their strength and physicality in the trenches but the talent and personnel they have on the outside is the reason behind the new look.

“We are going to be nice and spread out which is going to be fun,” Hathcock told me. “But our goal is I hope we can run the football still but we have good skill kids to throw it too. We have quarterbacks but still have to figure out who’s who.”

The quarterback battle is one very intriguing aspect of this team. Right now there are three that are in the position to start. Tate Shumway is the veteran and captain of this team that will be a starting outside linebacker for them. He is experienced in running the quarterback position out of the wildcat and even if he is not named the starter, there will be packages for him behind center or spread out wide in the X position. He has had a great track season running 22.6 200 meters. For a young man his size, that is extremely impressive.

After Shumway, are two newcomers. One a transfer and the other, a soon-to-be junior. The transfer comes from Campo Verde in 6-6, 225 pound Dylan Wright who has had a big summer in QB camps around the country. He has a big arm and could be a great option to hit the talent the Jags will spread out. Wright’s recruitment is picking up and has unofficial visits planned on the east coast to UMass and Boston College.

The young gun working up the ranks is C.J. Fowler who has loads of talent.

Hathcock notes that this three-headed monster is a good problem to have and the winner of this position battle could be one of the top story lines in the state come the fall.

The recruitment for a number of seniors is picking up during spring evaluation period. Namely defensive tackle D.J. Davidson and receiver and returner Tavian Patrick.

Davidson, who was already a load last season, has put on even more size this offseason. He is squatting about 475 pounds and power cleaning up to 275 which he told me has been his primary focuses. Montana has already offered but more are on the cusp. Davidson mentions that Oregon, ASU, BYU, UNLV and U of A have come through already to see him this spring.

“He could be the best interior kid in the state,” mentioned Hathcock. “As a matter of fact, he could be one of the best this state has seen in a long time. And the kid next to him, Brandon Boyce is absolutely phenomenal.”

Tavian Patrick is running track for the first time in his life this spring and ran a 10.88 electric in the 100 meters. For someone who doesn’t have years of experience coming out of the blocks and the technique that goes with it, he has been displaying some incredible raw speed.

“I wasn’t expecting to do so good since it’s my first year,” Partick said. “After my first meet, I realized I could really do something. It’s been a lot of fun racing up against guys like Isaiah Oliver (Brophy), Weston Barlow (Queen Creek) and then state is coming up and I am hoping to race Paul Lucas (Mountain Pointe) in the finals.”

Coach Hathcock said of Patrick that he will be a breakout player in the state in 2015. Coaches at the next level have their eye on Patrick. Air Force has already offered but more could come into play once they see more of him as an every down receiver and ability to catch the ball this season. Pair Patrick with transfer from Red Mountain, Ethan Lewis who looked fantastic in drills. Those two could be dynamic threats.

We already mentioned quarterback C.J. Fowler who is just one of many in an incredible 2017 class that will be juniors for the Jags for the upcoming season.

Everyone needs to write down the name Stephan Gomez. Two years ago, I went out and saw the Desert Ridge freshman team play Desert Mountain. I happen to be doing a story on Kurt Warner coaching his son Kade who is a wide receiver for the Wolves. I was focused on that story that night but could not help but notice one incredibly dominant athlete in all three phases of the game. That was Gomez.

Now is the time for Gomez, who is a three sport athlete running track and playing baseball in addition to football, to become a household name as one of the top all-around athletes in this state. Hathcock called him the football equivalent to a five-tool baseball player.

“He is a kid that does multiple sports so he might be a little behind, but if you saw him as a freshman, you were probably blown away,” said Hathcock. “He is 170 pounds and he plays like he is 220. Coaches say that, but he actually does. He acts like he has a new body in the closet when he goes home. His position? Everything. We think we are going to hand the ball off to him but he could also be a slot kid, he might be a safety for us as well. He would play right guard if we asked him too. I’m serious! He’s crazy!”

The other running back, Jathan Tenorio is another Jag athlete to spotlight in this class. He has crazy some quad muscles. He looks like a rugby player on the field. Possesses good speed, runs low to the ground.

On the defensive side of the ball, the next stud form this class is Jalen Harris. His Dad, Sean Harris, played mike linebacker for Arizona’s Desert Swam Defense in the early 90s and in the NFL for eight years (six with Bears, two with Colts). Jalen is going to be a defensive end who stands 6-4, 190 now, but Hathcokck predicts he will be about 205 this year, 230 his senior year which will make him a four or maybe even a five-star recruit nationally.

Cameron Allen is a safety going to be a junior. He also has connections to the Chicago Bears as he is the nephew of longtime Minnesota Viking and current Bear, Jared Allen. And finally, coach Hathcock would not leave out wide receiver Bradley Beaver, 6-2 going to be 6-4 and can run.

The sophomore class is special but with all this being said, Coach Hathcock believes that the best class he’s ever had is their freshman, soon-to-be sophomore class. They went undefeated last season and beat Hamilton. The class are not as deep, but talent-wise, he says they are better.

“We have some talent, now it’s my job not to screw it up,” Hathcock stated. 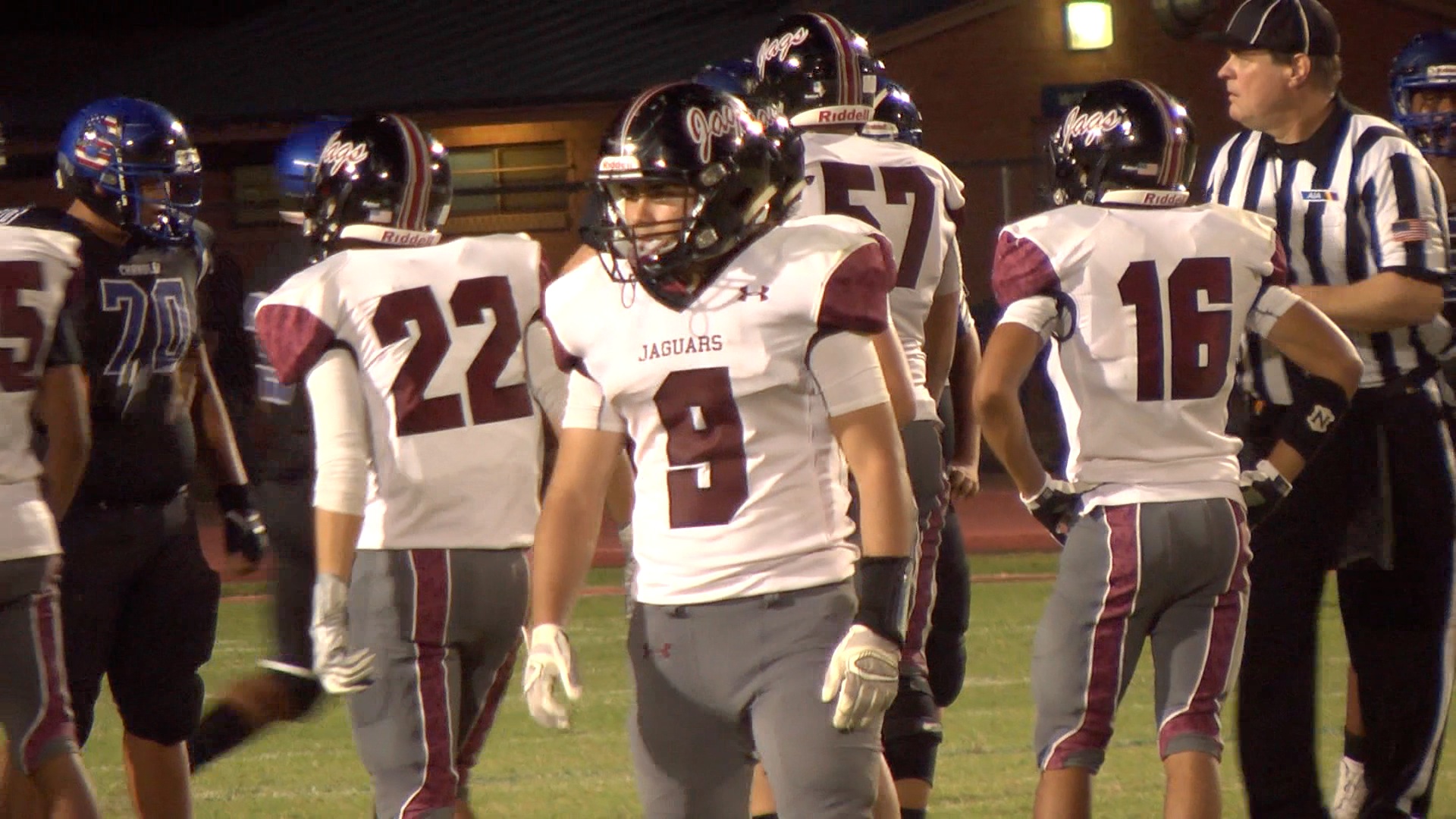 You Name it, He’ll Do It: Desert Ridge Junior Impacts All Phases 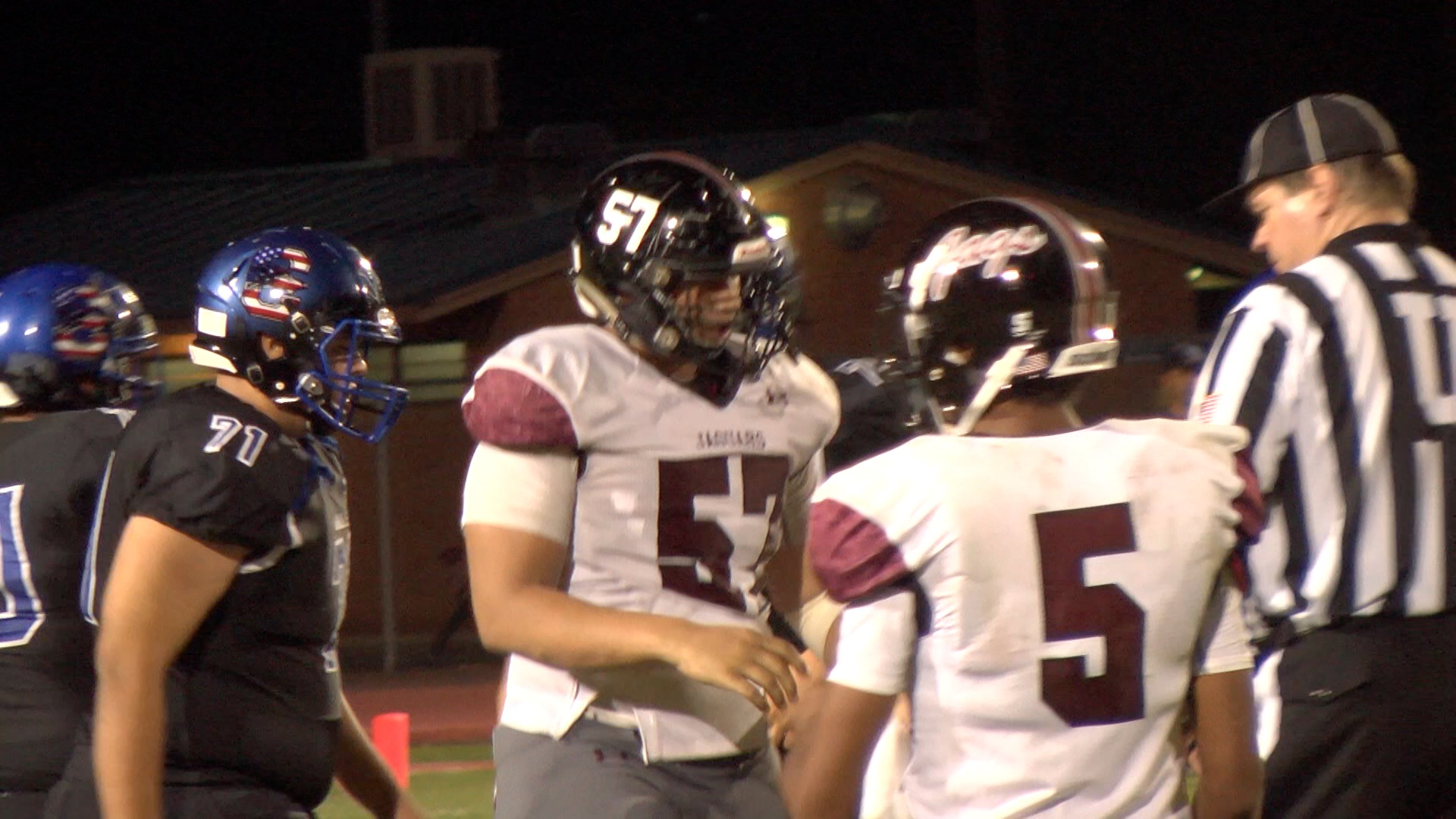 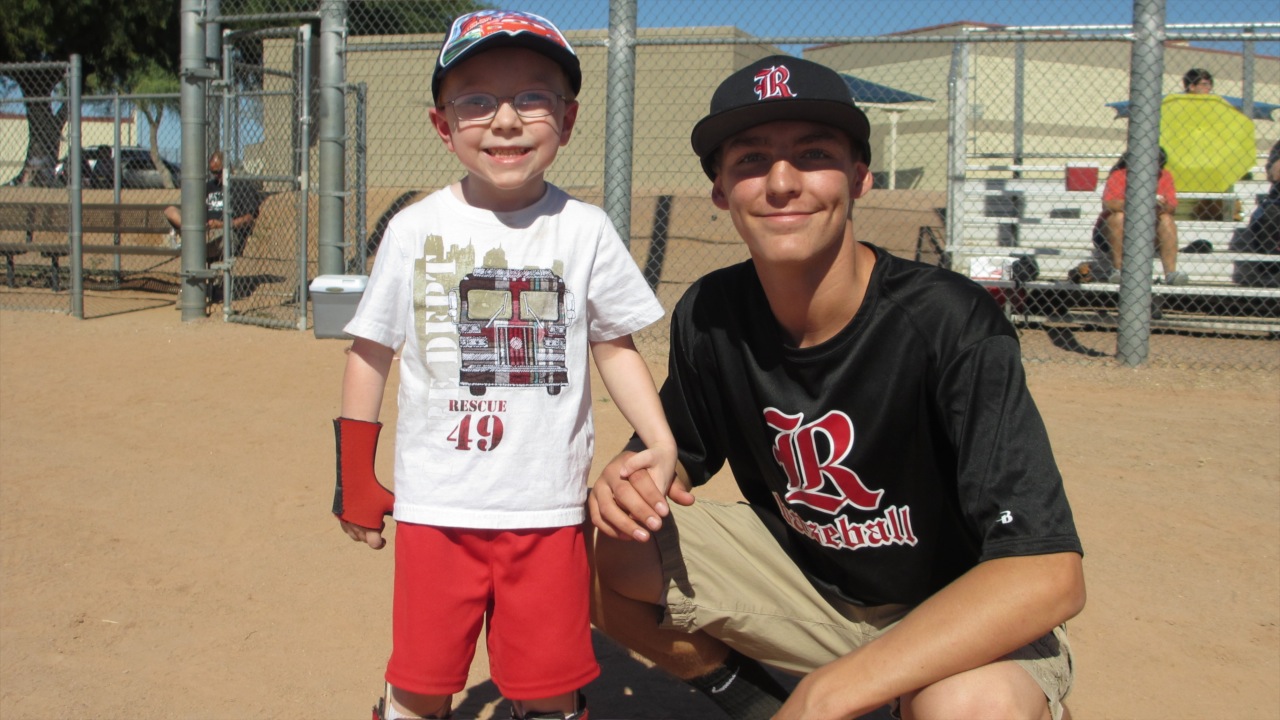