But the Rattlers have seen some adversity this season in their pursuit of fourth consecutive title as the injury bug has hit and hit hard. One of the most key injuries is their franchise quarterback Nick Davila who went down with a foot injury three weeks ago.

In the mean time, the Rattlers however have not collapsed like many other teams may when losing one of their best players. A big part of that has been the play of back-up quarterback BJ Coleman who has come in and keep the train moving.

Coleman was once a Green Bay Packer after being a seventh round pick of theirs in the 2012 draft out of Tennessee-Chattanooga. He has been a back-up for NFL MVP Aaron Rogers and now has been the back-up for AFL MVP Nick Davila. Learning from two MVP quarterbacks has had Coleman more than prepared for the position he finds himself in.

“At the quarterback position, most of us who have had the opportunity to come in and play at this level, you’ve played it for quite a way and know that learning from veterans is very important,” said Coleman. “Aaron and Nick are two of the best that are out there. From a preparation stand point to how they interact with the guys in the locker room and who they handle themselves and produce on the field on Saturday’s and Sundays, you know those guys are second to none.”

Coleman and the Rattlers fell in their first week with him starting under center to their Rival the San Jose Sabercats but bounced back in a big way last week in a win on the road against the New Orleans VooDoo which led to Coleman being named the AFL’s MVP from Week Seven.

“Anytime you’re a quarterback, even in the outdoor game it’s tough,” explained Rattlers veteran wide receiver Rod Windsor. “When you don’t know to much about the game and they are throwing you in the fire, I think he handled it well and he’ll be even better in this game coming up.”

This game coming up is against the expansion Las Vegas Outlaws who knocked off the Rattles in their first meeting the second week of the season. Coleman knows how big of a game this is going into their bye week not just for the team, but for the players like him who are filling in for inured players who may be healthy enough to return to the field after the bye.

“It’s been a really good experience,” he mentioned. “We have a really good group of guys around me that have been crucial to me getting better and better each week. We have a good test this weekend against Las Vegas who’s had a lot of success this year and it’s an opportunity for us to get better.”

Rattlers and Outlaws kick-off from US Airways Center on Saturday at 6pm which you can stream live on the Watch ESPN app. 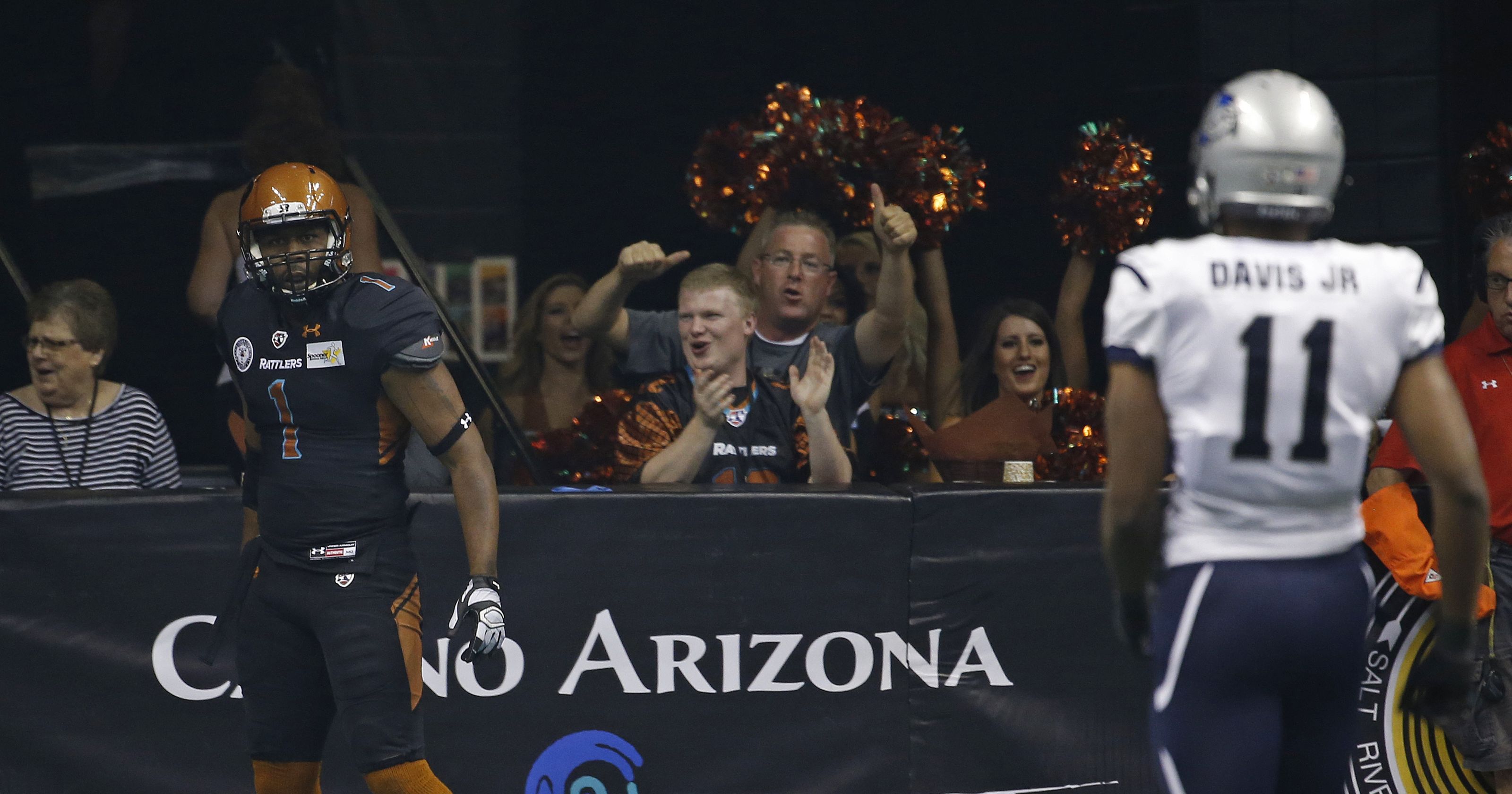