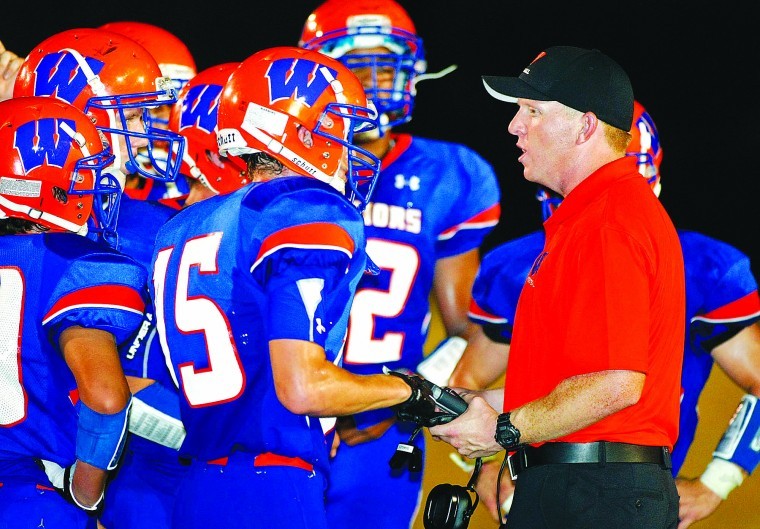 A new challenge and opportunity is always exciting for a football coach. Spencer Stowers, 29, understands the feeling well, as he will be the head coach for the new Queen Creek Casteel High School this fall.

The downside though, is Stowers has to say goodbye to the Mesa Westwood program he helped turn around over the last three seasons.

“Oh it was very difficult,” Stowers told Sports360AZ.com about his decision to leave Westwood. “It was hard to step away because of the strides we had made together as a community. But those kids are resilient and I think (Jim) Ewan is the right coach for where the team is at now. Someone who has been there and done that before.”

Despite the mixed feelings of leaving the Warriors’ program, Stowers felt the move to Casteel made too much sense to pass up, both personally and professionally. He and his family live a mile from Casteel and Stowers used to drive past the construction site as he began his 50-mile a day commute to Mesa. Once he heard what district the school would be in, he was even more interested.

“I’ve heard a lot of great things about the Chandler district,” noted Stowers. “Just how they run and do things. Coaches and programs receive really great support from the district and that caught my eye.”

A new school will of course require rebuilding but that’s not something Stowers is unfamiliar with. He plans to implement the same sense of commitment to work ethic and discipline at Casteel as he did when coming to Westwood. He also feels the program will have an advantage by being a 7th-12th grade school.

“With the way the high school landscape is now, kids have a lot of options choosing where they want to go,” Stowers explained. “Kids at Casteel can still leave in high school but by that point we’ve had two years to help them understand our philosophy, show them where were coming from and build a relationship. If we can’t get them to stay at Casteel from a football program standpoint, then there’s a problem with the way we’re doing our job.”