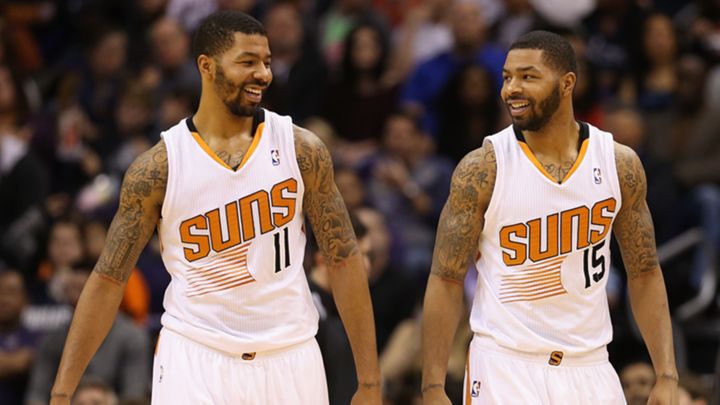 Reports came down that Phoenix Suns forwards Markieff and Marcus Morris have been charged with felony aggravated assault of Erik Hood, who told Phoenix Police he had been a mentor to the Morris twins and supported them financially for a time when they were high school students in Philadelphia.

Hood allegedly sent “inappropriate” text messages to the Morris twins’  mother which is said to have led to the assault.

After an investigation that has lasted a couple of months, charges came down on Tuesday.

Here are statements from the Morris twins, their agent and from the Phoenix Suns:

Statement by Marcus and Markieff Morris: “We have been advised by our attorneys not to discuss this case or make any statements about it. We are sorry for the distraction this has caused to our fans and the Suns.”

Statement by Creative Artists Agency (CAA) representative, Leon Rose: “Markieff and Marcus are good men and I am confident that when all the facts come out, their names will be cleared.”

Suns President of Basketball Operations, Lon Babby: “We are disappointed to learn that Marcus and Markieff Morris have been charged. This is a serious matter, and we will treat it as such. However, at this time, we think it is most appropriate to continue to monitor the legal process as it unfolds before responding further.”

The Morris twins will appear in front of court on May 7th.