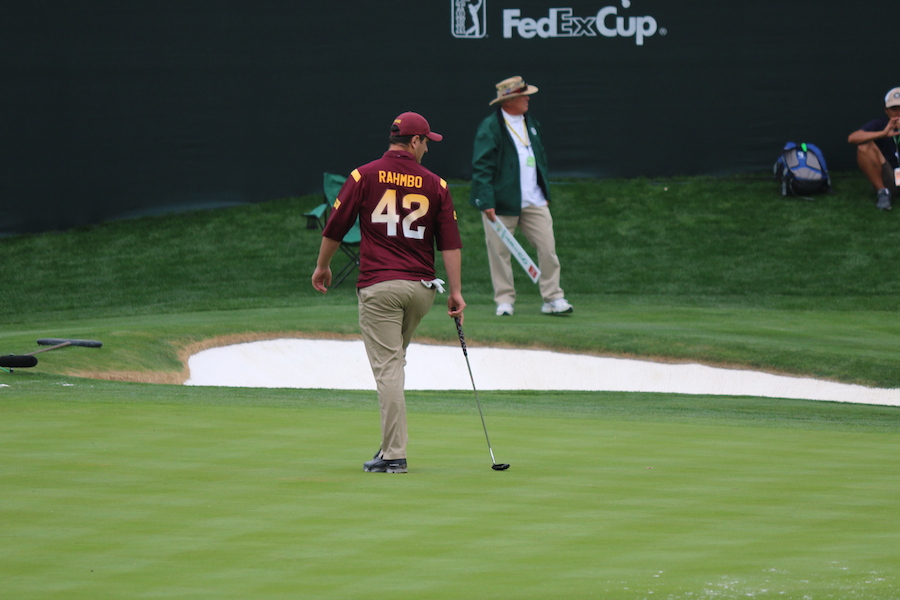 Jon Rahm knows he can play with the pros.

The decorated ASU golfer and Spain-native was granted a tournament exemption for the Wasted Management Phoenix Open. How did he fare? The lone amateur in the group finished tied for fifth ahead of household names like Dustin Johnson, Jordan Spieth, Brandt Snedeker, and Keegan Bradley.

After the tournament, he said he thought he was going to pass out from nerves during the first round. Those nerves are now an afterthought, and Rahm hasn’t looked back.

Since the Waste Management Open, he has three top-five finishes in his last four events, including a win at the Duck Invitational. To say his year has been dominant would be a vast, vast understatement.

Now, add “top amateur in the world” to the resume.

The World Amateur Golf Rankings came out Wednesday, and thanks to the tear Rahm has been on, he sits atop the list, grabbing the top spot from American and Georgia Tech student Oliver Schniederjans.

Now, the top amateur and his fellow Sun Devils get set to host the Thunderbird Invitational starting April 3rd.

According to the GCAA, the sixth-ranked Devils look to win their fifth tournament of the year against a field that includes Baylor, San Diego State, Arizona, and Oregon State.