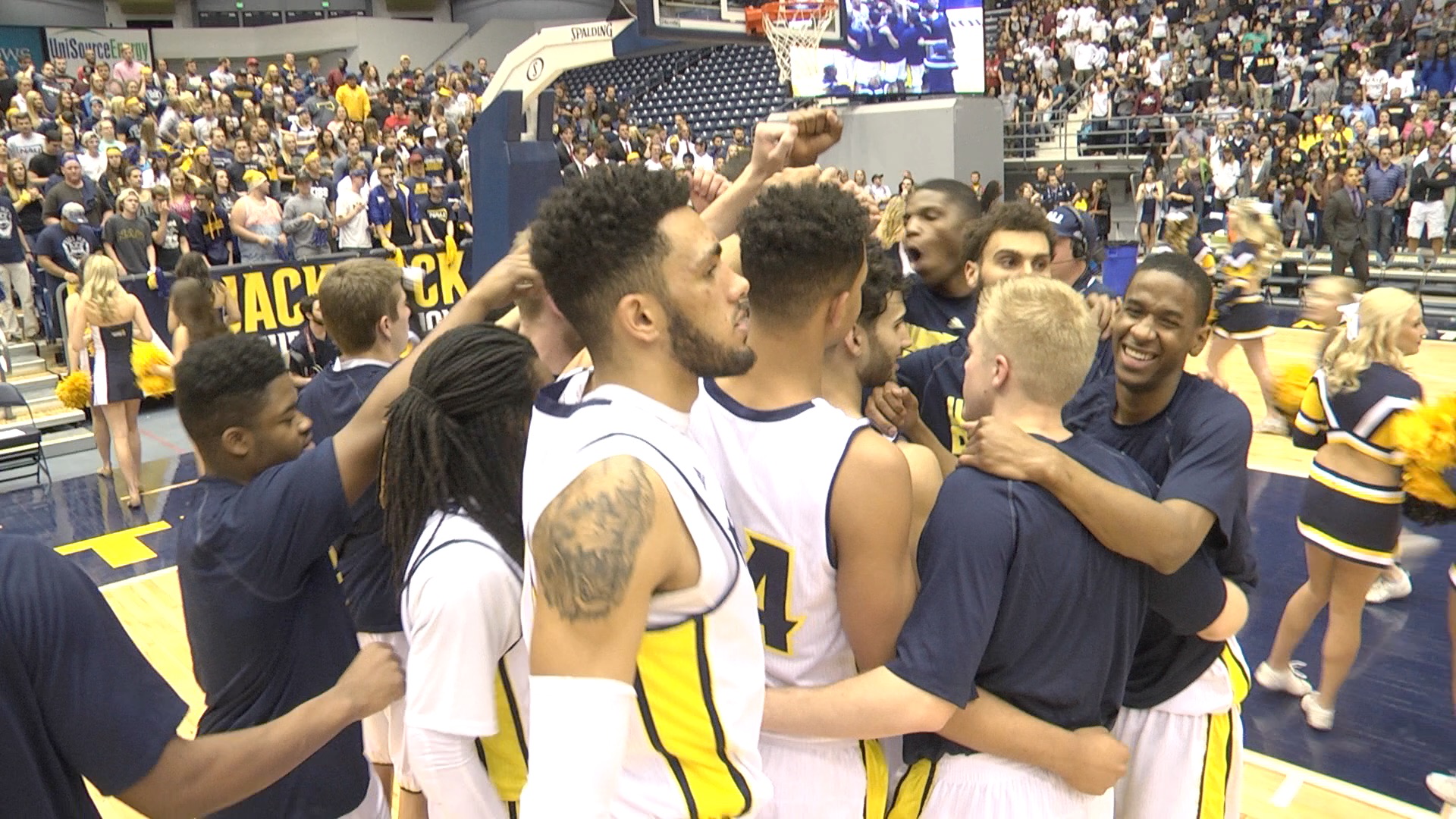 They opened with two road wins, then a pair of home victories before record-breaking crowds in Flagstaff before their trek to Evansville, Indiana for Thursday’s 4:00 Arizona time showdown against the Purple Aces (23-12).

“At 1:30AM [Wednesday] the bus pulled out from the airport in [Flagstaff],” head coach Jack Murphy told Sports360AZ.com from the team bus en route to Indiana. “Got down to Phoenix at about 3:45 in the morning and then flew from Phoenix out here to St. Louis and then we’re back on a bus from St. Louis to Evansville.”

Murphy insists it’s a small price to pay to be playing basketball in April and not much different than the mostly unconventional travel life in the Big Sky Conference.

The Lumberjacks (23-14) earned their quick spring trip to America’s Heartland after Tuesday’s comeback win over NJIT in the Walkup Skydome.

The same team which defeated MVC champion Northern Iowa who finished the season 31-4.

Murphy believes, despite the crazy travel schedule, his team will be ready to play. Only the 2007-08 squad had more single-season wins but no one has advanced this deep in any post-season tournament.

Hard to believe this team started the season 2-6 back in November.

“No matter what happens,” Murphy explained. “I’m just so proud of this team and so proud of these young men…what they’ve done not only for our program but the entire Northern Arizona community, Flagstaff. Right now they’re carrying the state flag you might say.”

Yep, all the way to the midwest.