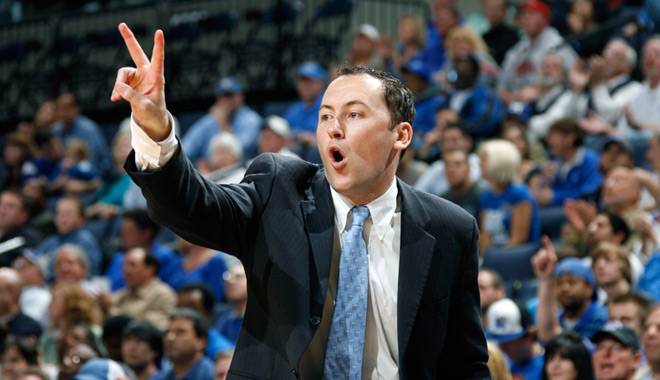 The Northern Arizona men’s basketball team played in its first-ever postseason championship game Thursday as it battled Evansville for the CIT crown. After 14 lead changes, it was the Purple Aces who came away with the 71-65 win at the Ford Center.

Senior guards Aaseem Dixon and Quinton Upshur, along with sophomore guard Kris Yanku were named to the all-tournament team.

NAU (23-15) had eight players contribute offensively but it’s hard to catch a rhythm with 14 turnovers. Despite playing in a sea of purple and orange, the Lumberjacks never gave up and led 59-58 with 3:48 to go. The Lumberjacks ended their season tonight as the winningest team in school history with 23 victories.

“These guys are amazing,” head coach Jack Murphy said after the game. “We’ve won 18 games since January 1st. That’s an incredible accomplishment. It was a great game we…the guys in that locker room did some unbelievable things this year and they should hold their heads high. We’ve done some great things this year and I am happy with the direction this program is going. Thank you to everyone in Lumberjack Country who cheered us on tonight and all season. We appreciate the support all year-long.”

The first half was filled with small ball. Neither team was able to connect from three-point range going a combined 0-for-10. Instead, Evansville tallied 18 points in the paint, while NAU picked up 16 points inside. It was a 7-0 run by the home team that saw the Purple Aces take a 29-21 halftime advantage.

The Jacks’ eight-point deficit at the half did not deter Murphy’s team from pushing forward. After inching its way back, it was an 8-0 run by NAU capped by an Ako Kaluna three-pointer that gave the Lumberjacks their first lead of the second half with 12 minutes left to play.

The game went back and forth with NAU and Evansville playing hard on both ends of the court. With three minutes remaining, Kris Yanku hit a pair of free throws to tie the Big Sky single-season free throws record of 228 held by Weber State alum and current NBA player Damian Lillard. Yanku would finish with a new conference record of 230.

With two minutes on the clock, NAU trailed by three points after Evansville hit a jumper to go up 64-61. The Lumberjacks were able to close the gap to one point, but the Purple Aces scored four straight points to seal the victory.

The Lumberjacks played their third game in seven days and tonight it was for the CIT Championship. Although the Lumberjacks came up short, it was a great run for a team that set many records along the way. Yanku led NAU with 18 points and six assists. Kaluna added 11 points and six rebounds, while Jordyn Martin had nine points and eight rebounds.