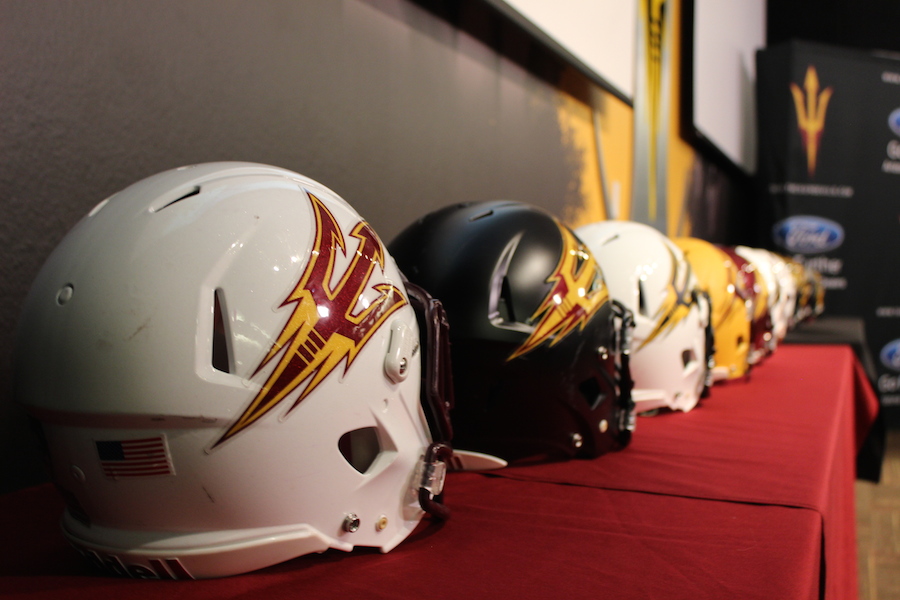 I am excited to say I have received and committed to become part of the sun devil brotherhood ?? @FootballASU pic.twitter.com/MaKppjIWXd

Standing at 6-foot-3, 285 pounds, Nathe was offered by Navy and Army last week, and the Sun Devils followed suit Monday.  Nathe wasted no time making his commitment, and will enroll early in January, 2016.

“What went into (the decision), honestly, was a lot of pride in my hometown and very strong feelings to protect what is mine, what I’ve grown up to love, and what I grew up around. It’s something where my parents have been big fans and it meant a lot to both my mom and my father that they would be able to see me play every Saturday,” Nathe said.

Nathe said Graham, position coach Chris Thomsen, and the ASU coaching staff have mentioned “they would be very open to a true freshman starting at the center position” when he hits campus in 2016, should Nathe be able to earn the spot. The position is currently occupied by redshirt senior Nick Kelly, who will graduate after this upcoming season.

“My size is right on point and I don’t need a year or two in the weight room, this is what Coach Thomsen has told me, and that I’m intelligent enough to be able to understand the game and hopefully translate into the collegiate level. That is what I’m pushing myself to accomplish.”

The 3-star recruit is the first 2016 in-state commitment for Todd Graham. Nathe was featured on this week’s Recruiting Roundup with Jared Cohen and Jason Jewell, where Jewell called Nathe “nasty in his demeanor”.

“Honestly, at a few of those spring practices, I wished I could strap up and go hit. Once I felt that, I knew it was where I belonged.”