On March 7, 2015, the seedings and pairings were announced for March Madness, Hollywood Style.  We have seen my results of the East Region, so here are the results from the Mid-West Region of the “Round of 64” which, of course, is completely made up and so is the completion of Round 1 in the Mid-West bracket.  The match-up summaries and results are as follows:

Top of the Bracket:

The Selection Committee created an all-Indiana match-up here.  “Hoosiers” is loosely based on the true story of a small town basketball team that did the impossible by winning the Indiana High School State Championship in 1954.  Gene Hackman is terrific as Head Coach Norman Dale and Dennis Hopper was nominated for an Oscar for his performance as a town drunk whose son played for the team.  What makes the film even better is that the young actors who took the court could actually play basketball, albeit old school style. My guess is that most of you never saw or heard of “Breaking Away” and, after today, may not hear about it again.  So, by way of summary, it provides a fictional account of an actual annual event that took place in Bloomington, Indiana.  It was a cycling marathon called the Indiana University Little 500 and four local kids (referred to as “cutters”) decide to enter the university-sponsored event.  An interesting aside is that one of the four cutters was played by Daniel Stern, who went on the play memorable characters in “Home Alone” (Marv) and “Rookie of the Year” (Coach Brickma).  “Breaking Away” won the Academy Award for Best Screenplay but “Hoosiers” breaks away early from “Breaking Away” and repeats as Indiana champs.

“Major League” had it all, including Charlie Sheen playing Ricky “Wild Thing” Vaughn, a character that was more true to his life than thought at the time.  Bob Uecker did as much for added comedy in this film as Vin Scully did for added drama in “For Love of the Game.”  There are as many quotable lines from this film as almost any other. Acting legend Paul Newman starred in “Slap Shot,” a film that focused on minor league hockey.  The Charleston Chiefs were perennial losers and were facing extinction due a downturn in the local economy.  As a promotional approach, they resorted to violence on the ice and it not only attracted fans, it lead to a championship.  Many consider it to be among the great sports/comedy films and I agree.  “Major League” gets upset by the minor league Charleston Chiefs and “Slap Shot” continues to get a shot in the round of 32.

Another Kevin Costner baseball film and one of the most memorable lines in movie history (“If you build it, they will come”), “Field of Dreams” reminds us why baseball has been the national pastime.  Very little actual baseball is played but yet it is perhaps the most iconic films for the joy of a father and son playing “catch.”  In this match-up, it goes against “Eight Men Out,” the story about the 1919 “Black Sox” scandal in which players for the Chicago White Sox were implicated in a game fixing scandal.  It is the reason why Shoeless Joe Jackson has never been inducted at Cooperstown.  Jackson was implicated by association despite him putting up phenomenal numbers during the 1919 World Series.  It is noteworthy that in “Field of Dreams,” Ray Liotta played Shoeless Joe Jackson.  Shoeless Joe does better in 1989 than he did in 1919 and “Field of Dreams” advances.

This is a tough battle of films that tackled the identical genre of a child’s fantasy to be involved in the Major Leagues.  “Rookie of the Year” is iconic for many who were growing up at the time of its release.  Henry Rowengartner was a great lead character and, as mentioned above, Daniel Stern, who also directed the movie, stole scenes as Coach Phil Brickma.  But a big downside was Gary Busey playing Chet “Rocket” Steadman because he looked as bad as playing a star pitcher as Tony Danza did in Angels in the Outfield.   Imagine The Sound of Music starring a woman who could not sing or Saturday Night Fever with someone who had two left feet.  It just doesn’t work, no matter who the actor might be. On the other hand, “Little Big League” featured actors who could all play ball, an important element in making a sports film work.  Timothy Busfield played first baseman Lou Collins and could not only act, he also acted like he could play ball.  Every year, a #12 seed knocks off a #5 seed and this year is no different.  With apologies to all Rowengartner- wannabes out there, “Little Big League” upsets the favored “Rookie of the Year.”

Bottom of the East Bracket:

Not much analysis needed here.  Throughout the land, everyone can hear the chant of “Rudy, Rudy” while Blue Chips’ most memorable fact is that later-to-be NBA stars (Shaq and Penny Hardaway) were featured in the film.  Nick Nolte was outstanding as Coach Bell and JT Walsh captured all of the bad traits of a program booster but they were not enough to pull off the unthinkable upset.  “Rudy, Rudy.”

Brian Piccolo was a running back for the Chicago Bears in the late 1960s and was joined by all-time great and NFL Hall of Famer, Gayle Sayers.  During a time of racial segregation, they became roommates and then best friends.  Piccolo was inflicted with cancer and died at age 26.  This story was made into a TV movie in 1971 and “Brian’s Song” has since been high on the “films that could make guys cry” list ever since.  There was a 2001 remake but it is not memorable so if you haven’t seen the film, seek out the 1971 version.  Everyone knows about “The Mighty Ducks” and its franchise of sequels.  It is to hockey what a film like “The Bad News Bears” is to baseball.  It just can’t rate when matched against the Emmy Award winning “Brian’s Song.”

OK, “Space Jam” was innovative, fun and starred Michael Jordan at the height of his greatness.  It featured many NBA superstars of that era, including Larry Bird, Charles Barkley and Patrick Ewing, along with R. Kelly’s Grammy Award winning song, “I Believe I Can Fly.”  The movie earned over $200,000,000 and is one of the highest grossing basketball-related movies of all time.  But paired against Robert Redford in “The Natural?”  I don’t think so.  Based upon the short story written by Bernard Malamud in 1952, “The Natural” had a cast of superstar actors that included Glenn Close, Robert Duvall and Kim Basinger.  Similar to Kevin Costner in his many sports genre films, Redford ably portrayed a professional athlete.  Despite “Space Jam” earning over four times more at the box office, “The Natural” is a slam dunk winner here.

I really enjoyed “The Rookie,” which is based upon the real-life experiences of Jim Morris.  Dennis Quaid was convincing in the lead role in this story about a 36 year old rookie pitcher who broke into the major leagues with Tampa Bay.  Enjoyment aside, “A League of Their Own” is a great film that happened to be about baseball.  It is a fictionalized version about women’s professional baseball during World War II.  Gina Davis is great in the lead role and Tom Hanks put in one of his great performances.  The fact that the producers found so many actresses who actually had baseball skills makes the story work on the big screen.  “A League of Their Own” is in a league of its own and wins this match-up without breaking a sweat. 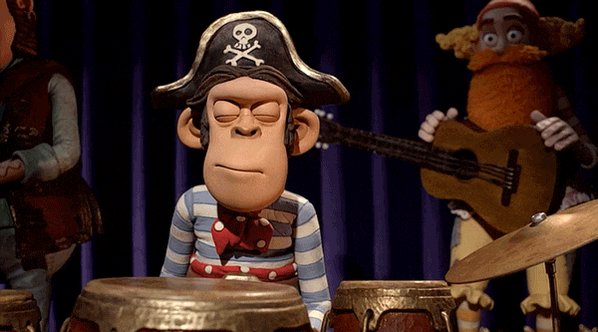