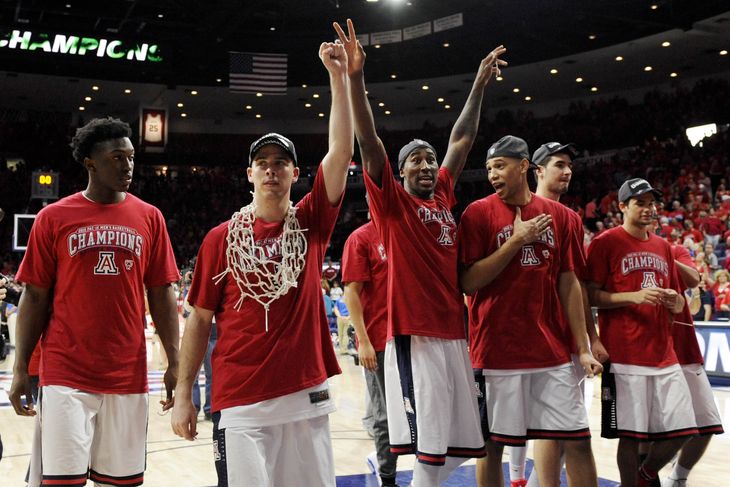 No one will ever mistaken the second-seeded Arizona Wildcats as underdogs.

The Pac-12 regular season and tournament champs are peaking at the perfect time and making people forget their road losses to UNLV, Oregon State and ASU.

The ‘Cats seem to have the right chemistry to get head coach Sean Miller to his first Final Four after being denied in the Elite Eight last season by Wisconsin.

If they get to Indianapolis they’ll most likely see the unbeaten and undisputed March Madness favorites: John Calipari’s Kentucky Wildcats.

One national insider believes UofA has the perfect blend to dethrone mighty UK.

“Arizona from a different angle with their defense,” long-time Sporting News writer Mike DeCourcy told Sports360AZ.com’s Brad Cesmat in a recent phone interview. “Arizona probably has the best collection of athletes with [Rondae] Hollis-Jefferson and Stanley Johnson to compete with Kentucky’s depth and athleticism.”

Of course, there’s still plenty of work ahead for the Wildcats starting with their opening round match-up with 15-seed Texas Southern Thursday morning in Portland.

Lucky for the Wildcats this is the time of year excellent guard play usually equals a deep tournament run and few teams have the starting backcourt experience Miller’s team has in senior point guard T.J. McConnell and junior marksman Gabe York.

No single player in the tournament could be more valuable to their team than McConnell.