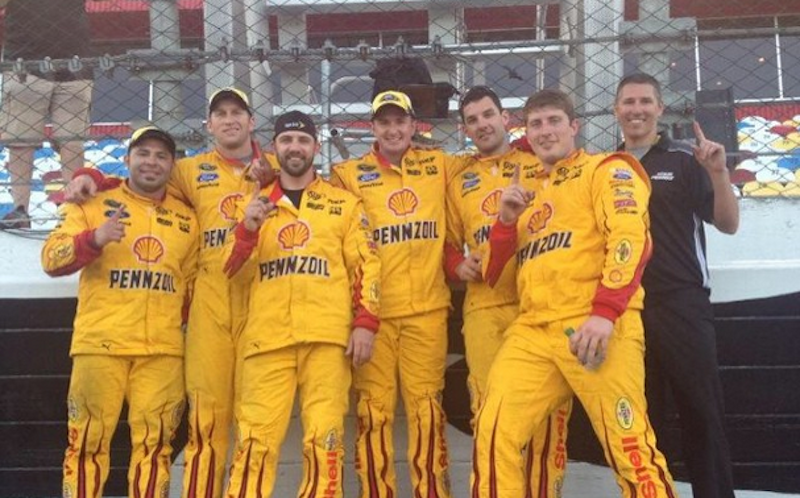 The goal for most college football players is to make it to professional level and deliver during crunch time in front of sellout crowds on Sundays. Kellen Mills is doing exactly that, but maybe not in the way he expected when he was at Arizona State.

Mills grew up in Mesa and played fullback for the Mountain View Toros. After high school, he walked on to the Sun Devil football team in 2003, and eventually earned a scholarship.

While at Arizona State, Mills was converted to a defensive and played some special teams, but really found a home in the weight room, winning various awards for pumping iron including sharing the Tim Landers Iron Man of the Year Award for work ethic in the weigh room in 2007.

“The gym was somewhere I could make up for whatever I wasn’t given as far as talent goes,” Mills said.

Over the years, the Arizona State strength coach, Joe Kenn, developed a relationship with Mills. While Mills’ options were limited with football after ASU, Kenn connected Mills with various racing teams looking for pit crew members.

Over the past decade, there’s been a trend of racing crews picking up college athletes who may not be moving to the next level in their respective sport. Pit crew members need to have the size, strength and discipline to shave tenths of seconds, a lifetime during a pit-stop, off the clock. So many race teams find some of their best team members with those attributes engraved in them from years of competitive training. Teams even have their own combines so these athletes can see if the skills sets they have developed can transition to the racetrack.

But the first time around, the racing pitch didn’t do much for Mills.

“Honestly, I was never a race fan, so when they came out initially, I didn’t think much of it,” Mills said. “I really didn’t give them a whole lot of consideration.”

In 2008, Mills met with some teams a second time and became more interested in the prospect of joining a crew. However, he was serving a two-year mission with the LDS church.  Once Mills returned in 2010, the prospect of staying close to a competitive environment and the weight room, a place where he made name for himself in Tempe, to be intriguing.

He eventually made contact with a coach at Michael Waltrip Racing, where he went to PIT, or Performance Instruction and Training, a developmental facility for those wanting to try their hand at a NASCAR pit crew.

Mills’ size and strength made him a perfect fit as a gas man.  At 6’3”, 250 lbs, Mills is able to maneuver the bulky gas canister, which weighs about 95 pounds, and fill the car’s tanks up in a matter of seconds.

“If you look up and down pit row, most guys are quite large. Through ASU football I’ve done a lot of weight training and that sort of thing; that really is a huge benefit.   If you’re just an average guy, the gas can position is something you’re not going to go after,” Mills said.

He continued his progression and eventually signed on with Team Penske. After spending one year on the Indy car circuit, and another on the Nationwide circuit, Mills signed on with Joey Logano’s team and is in his second season with the team.

“Joey ,with the talent behind the wheel and the setup of the car, and the way (crew chief Todd Gordon) calls the race, they have what it takes to be competitive as long as we can get to somewhere consistent. They’re going to be able to make us successful as a team, so we just need to know our role.”

Knowing his role means being in sync with his entire team. A pit stop is a symphony of changing tires, adjusting suspension, fueling the car in a highly-calculated, highly-coordinated 12 second burst. As quickly as the car pulls in, worn and ridden, it explodes out of the pits as if it is ready for it’s first lap.

“During the pit stop I try to have a mental clock running while I am dumping fuel,” Mills said. “I will have a pretty accurate guess of how much fuel we need and if I can anticipate when the car will be full, I can better signal the jack man that its time to drop the car, which is Joey’s sign to leave.”

To achieve this synchronized symphony, it requires the pit crew to share a precise timing and goal, a mindset Mills had developed while on the gridiron of Sun Devil Stadium.

“In that realm (at ASU), I learned it doesn’t matter where you come from. You all have the same goal in mind, and at the end of the day if you get your job done, all of that falls to the background. “

This weekend, Mills is working on familiar grounds for the CampingWorld.com 500 as a part of a team that is currently second in points on the 2015 Chase for the NASCAR Sprint Cup and coming off a win at the Daytona 500.

A NASCAR season can be an absolute grind, and mistakes can be made that will cost team members time, points, and sometimes their jobs. According to Mills, the success has been fueled by focus on the big picture and learning from their mistakes.

“I feel like as far as the team’s environment goes, you can go back and contribute a lot of the good things that have happened to that approach that they’ve brought to it,” Mills said. “Two of our best stops have followed not so stellar performances and in the long run, we’ve had more success with sticking with the people that we’ve had.”

Mills now finds himself four years into a career in a sport that he initially didn’t think twice about, but tried for a chance to stay close to the familiarity of the weight room, but currently sees himself continuing this journey for the foreseeable future.

“I was thinking I could have a good time and get in the weight room and get paid for it after football,” Mills said. “But as I’ve gotten into it more, it’s fun to be out in front of the crowds. It’s fun to have that rush of adrenaline and have it hit you every week knowing it’s time to perform. I wouldn’t be surprised if I didn’t do it for another 5-10 years if I was still capable of doing so.”

So Mills now returns to his home; a place where in his youth the sound of cracking helmets and a good year was measured by yards gained or tackles made. He’s traded that in for revving engines and the barometer of success is laps led and races won.

And he is just fine with that.